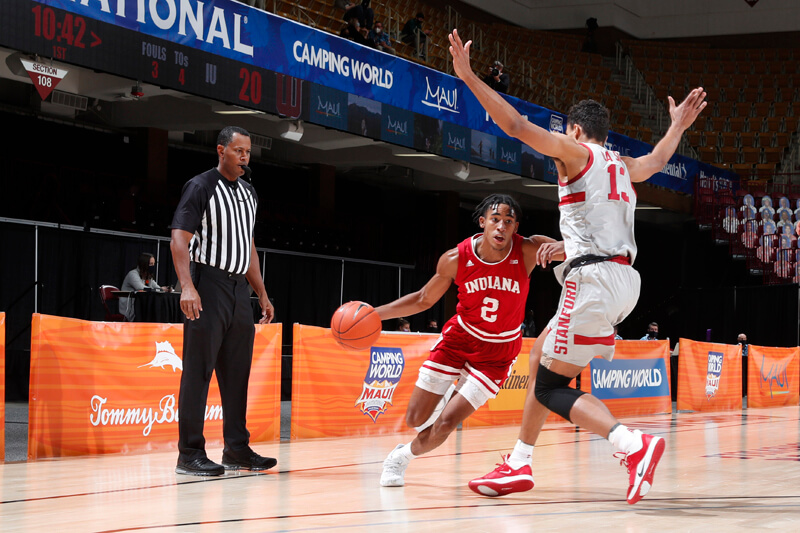 Quick thoughts on a 79-63 win over Stanford:

How it happened: After Tuesday’s debacle against Texas, Indiana fought back on Wednesday afternoon against Stanford. The Hoosiers took control of the game early by scoring 16 points in the game’s first 4:48. The driving force behind the fast start was the sophomore duo of Trayce Jackson-Davis and Armaan Franklin. Jackson-Davis was dominant offensively all afternoon on his way to a career-high 31 points. And Franklin stuffed the stat sheet in a variety of categories, including rebounds and assists. Indiana’s offense sputtered over the final 15:12 of the first half, but quickly regained steam early in the second half to claim a double-figure lead. Stanford never seriously challenged once IU went 55-45 with 8:56 to play. The win, Indiana’s second in three days, gives the Hoosiers a third place finish and a pair of wins over possible NCAA tournament teams that should age well.

Standout performers: Jackson-Davis was aggressive and much more sharp on Wednesday than he was through IU’s first three games. He took 16 field goals and 14 free throws and the Cardinal had no answer for him all afternoon in the paint. Franklin also deserves a mention for his best all around game yet in an IU uniform. Franklin finished with 13 points, eight rebounds and five assists. Race Thompson added 15 points, eight rebounds, four blocked shots and three assists.