At the buzzer: Indiana 79, Providence 58 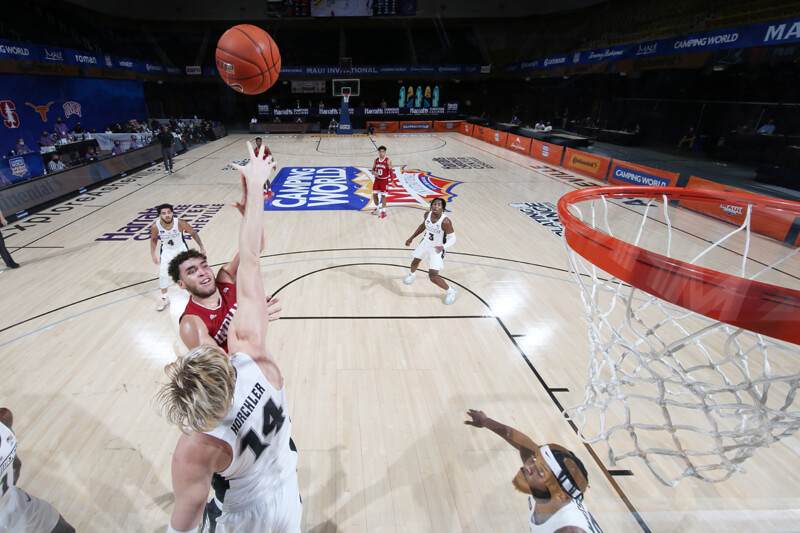 Quick thoughts on a 79-58 win over Providence:

How it happened: Indiana easily passed its first test from a major conference opponent on Monday afternoon at Harrah’s Cherokee Center as proved to be the hungrier and tougher team from the opening tip. The Hoosiers set the tone early and led by double figures nearly throughout the afternoon. It was a balanced offensive performance as four Hoosiers scored in double figures as Indiana finished with 1.19 points per possession. The Hoosiers also scored 17 second chance points and 17 points off to turnovers. The win puts the Hoosiers into a Tuesday matchup against No. 17 Texas, which narrowly knocked off Davidson in the Maui Invitational opener on Monday afternoon.

Standout performer: It was a career day for redshirt junior Race Thompson, who poured in 22 points and 13 rebounds and looked like the player who showed great promise out of high school. The Minnesota native had eight offensive rebounds and got to the free throw line 10 times. Thompson looks to have regained a lot of the athleticism that was lost as he battled injuries the last two seasons and was explosive finishing at the rim. He also showed nice touch on his jumpshot in the midrange.

Statistic that stands out: Indiana was able to overcome an average shooting performance by taking care of the ball. The Hoosiers only committed nine turnovers for a turnover percentage 14. The Hoosiers also had seven steals, four blocked shots and rebounded 41 percent of their missed shots.