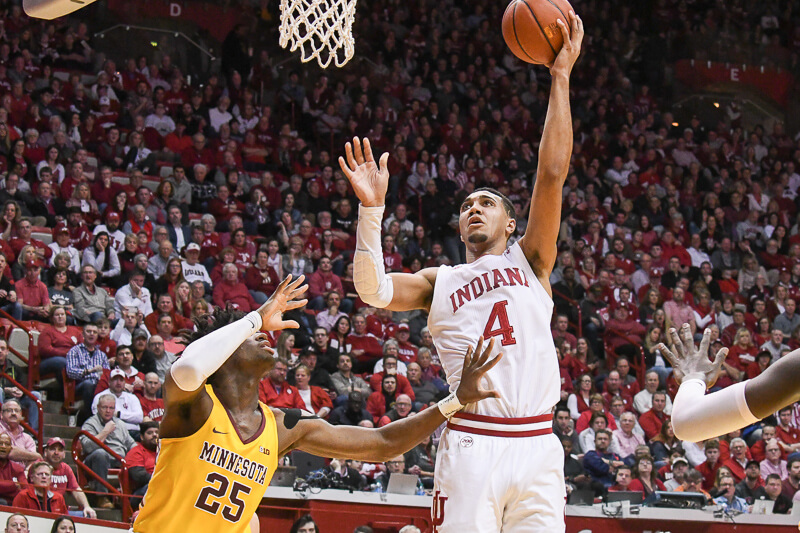 As we race toward the deadline for underclassmen to withdraw from the NBA draft on August 3, it’s time for an updated look at who is coming and going in the Big Ten for the 2020-21 season.

(Note: This is the fourth post in a series that will be updated multiple times in the coming months. In most instances, only scholarship players are included. If we missed anything, please email corrections to [email protected] or post in the comments.)

Notes: Illinois recently added a commitment from Lieb, a 6-foot-11 center who is moving up a class and is expected to redshirt.

Notes: Since our last update, Smith announced he was leaving Bloomington and subsequently committed to Arkansas, where he will be eligible next season.

Notes: All eyes remain on the decision for Garza, who will likely be the preseason national player of the year if he returns to Iowa City.

Notes: Bart Torvik’s preseason rankings aren’t optimistic for the Terps. Torvik currently has Maryland at No. 88 nationally entering next season. If that materializes, a coaching change in College Park isn’t out of the question.

Notes: Michigan’s roster has undergone significant turnover this offseason. Since our last update, Brown committed to the Wolverines and Nojel Eastern announced that he wouldn’t be attending Michigan as he was not admitted to the school.

Notes: Michigan State has one of the biggest NBA decisions still outstanding with Tillman. If he returns, the Spartans could be right back in the mix in the Big Ten title hunt.

Notes: Minnesota continues to reshape its roster for next season as it added Mutaf, a guard from Istanbul, and Gach, a double figure scorer at Utah last season who will attempt to gain eligibility for next season.

Notes: Nebraska’s depth for next season took a hit as Kobe King announced earlier this month that he would not attend the university due to personal reasons.

Notes: Northwestern has had a quiet offseason, but the Wildcats are making noise in 2021 with a recruiting class with three prospects ranked in the top 165 of the 247Composite already committed.

Notes: Since our last update, we learned that Wesson is staying in the draft and Walker will return to school.

Notes: Look for the Nittany Lions to take a major step back next season without Stevens to rely on in the frontcourt.

Notes: Despite losing Haarms and Eastern, Purdue could be on track for a major bounceback this season with the addition of a pair of top 100 recruits and a returning nucleus that is solid.

Notes: It’s been a quiet offseason in Piscataway, but one big question remains: Can the Scarlet Knights keep the magic alive in the RAC next season?

Notes: The Badgers are currently the pick to win the Big Ten next season as all five starters return from a team that won a share of the title last season.