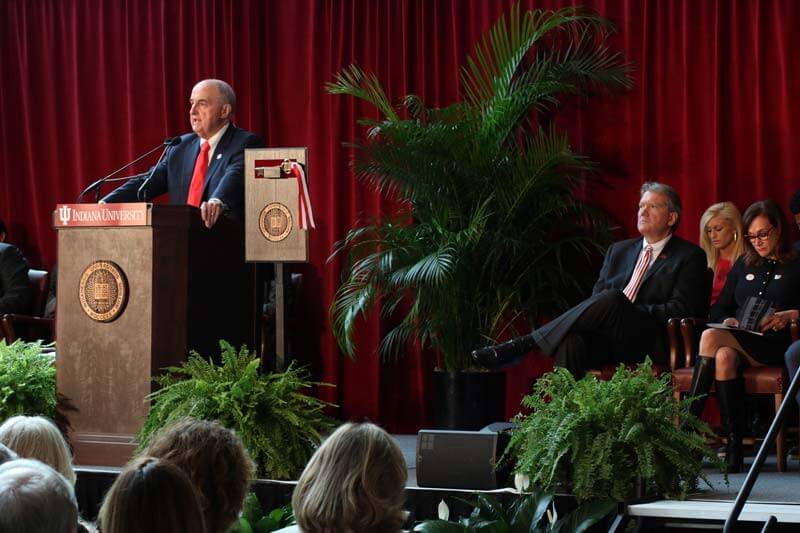 Indiana Athletic Director Fred Glass will retire from his post today and on Monday, he was honored by president Michael McRobbie for his contributions to the university with the President’s Medal for Excellence.

Glass, who spent 11.5 years as IU’s athletic director, will be replaced by Scott Dolson.

Here’s a list of the accomplishments of the department under Glass, which were included in a release issued on Monday:

The video, which is 59 seconds long, has brief comments from both freshman at the conclusion.

The top high school player regardless of class, Emoni Bates, committed to Michigan State on Monday.

The 6-foot-9 forward, who hails from Ypsilanti, Michigan, is the No. 1 player nationally in the class of 2022.

If he attends Michigan State rather than pursuing a professional route, he would be the first No. 1 player nationally to play for a Big Ten school since Eric Gordon suited up for Indiana in the 2007-08 season.

MILLER TO DONATE PART OF SALARY TO IU ATHLETICS

As part of a plan to cover a budget shortfall of $12.1 million, Archie Miller has agreed to donate 10 percent of his salary for the upcoming year back to the department, according to Zach Osterman of The Indianapolis Star.

Glass, Dolson and football coach Tom Allen will also donate 10 percent of their respective salaries back to the department.