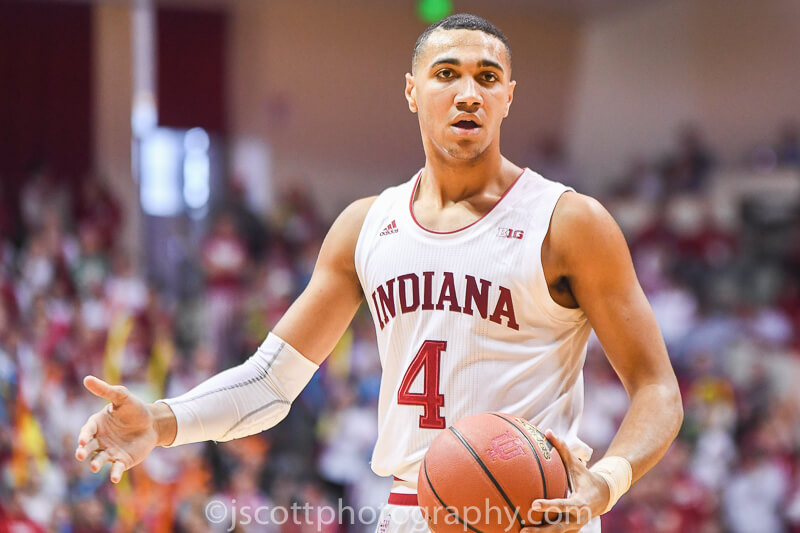 Thoughts on a 68-56 win against the Golden Gophers:

By this point in the season with all the available evidence on hand, it’s fair to assume most of the Indiana faithful pegged tonight’s game as another road loss for these 2019-2020 Hoosiers.

But after so many listless performances on the road this Big Ten season, Indiana finally flipped the script and dictated how this game would go. After grabbing the lead at the 14:34 mark of the second half, Indiana never surrendered it. The Hoosiers finished out the contest with an 8-0 run to emerge with the 12-point double-digit victory.

Indiana’s defense didn’t have a great start, as Minnesota got open looks and a lot of what they wanted, jumping out to a 10-point lead at 23-13. But after that, the Hoosiers hunkered down and made things harder for the Golden Gophers. They allowed Minnesota 1.74 points per possession early early on, but the Hoosiers smashed that number all the way down to .83 points per possession as the final buzzer sounded, a total reversal.

“First eight minutes of the game, once we got through that, we defended pretty well,” Archie Miller said on the court after the game.

Minnesota isn’t a great 3-point shooting team, but during that stretch of early poor defense from IU, Minnesota went 2-of-2. However, as IU better contested their looks — or simply forced them into 3-pointers — the rest of the way, the Golden Gophers made just 2-of-23 from deep. Indiana also did a great job down low on Daniel Oturu, who came into the game averaging 19.9 points. Both Trayce Jackson-Davis and Race Thompson made life difficult for the sophomore — as did Jerome Hunter who had a great rejection on an Oturu dunk attempt in the first half — as he scored 11 points on just 5-of-15 shooting.

Jackson-Davis was also an absolute force on offense tonight. The Hoosiers established him early with post touches and he just kept motoring all game, at one point throwing down a strong left-handed dunk on Isaiah Ihnen in the second half. Indiana’s freshman closed out the contest with a career high 27 points (11-of-15 shooting) to go along with 16 boards. It was an inspired effort that helped propel the Hoosiers to victory. Playing in front of his dad, Thompson nearly put up a double-double himself (nine points, 10 boards). Thompson had one of those games where he put it together on both ends, his hard work and hustle another big key in the victory.

Rob Phinisee made just two baskets tonight, but they both came on strong drives to the bucket, a welcomed change. The Hoosiers shot just 4-of-7 from the line in the first half, but excelled over the final 20 minutes, hitting 12-of-15 to help close out the contest.

As Indiana’s NCAA tournament life hangs in the balance, tonight’s win pushes the Hoosiers in the right direction. We’re to the point in the season where it doesn’t matter where the wins happen. It just matter that they’re happening at all. And a couple more over this final five-game stretch in the regular season should be enough to get the Hoosiers dancing.