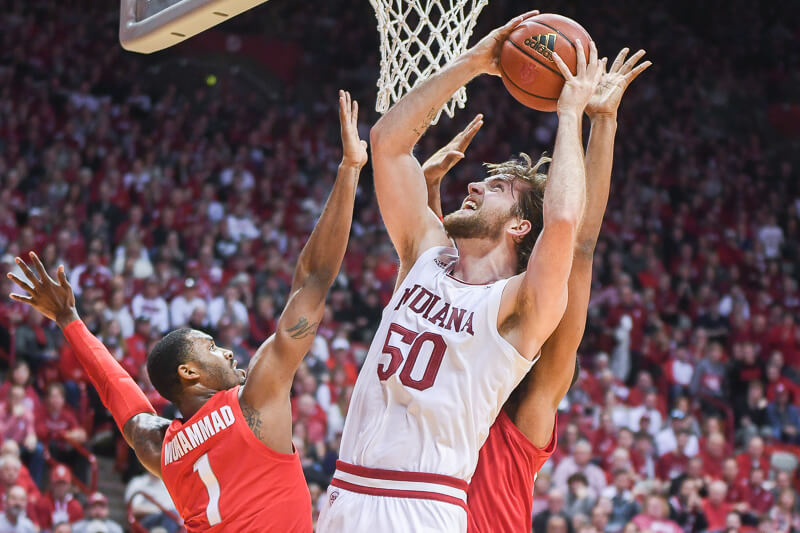 The Selection Committee is poised to release its current top four seed lines on Saturday afternoon, which over the last couple years has provided some good insight into what each iteration of the committee values. For this year in particular, there are a number of intriguing questions with just under six weeks remaining until Selection Sunday.

– Will Gonzaga or San Diego State be slotted as the one seed in the West?
– How will the committee handle the top three teams in the ACC given the league’s abnormal lack of depth and quality win opportunities?
– Which Big East frontrunner will land highest on the seed list given the similar profiles of Seton Hall and Villanova?
– With just two losses and strong computer numbers, where do the Dayton Flyers end up on the seed list?
– How does the committee treat Big Ten teams as the league continues to beat up on itself?

What the committee reveals on Saturday will certainly inform next week’s projections, but for now, the Big Ten leads the way with 10 teams in the field, all of which slot in as a nine seed or better. The bubble continues to be a mess, as all of last week’s “last four in” are no longer in the field.

Once again, selecting the top seeds felt like the easiest part of this week’s exercise.

All four of last week’s one seeds came away unscathed for the second straight week, leaving Baylor, Kansas, Gonzaga, and San Diego State atop the seed list in that order.

The projections below are based on all games played through February 3rd, 2020. Please note that BYU had to be bumped down a seed line to accommodate the fact that they have to play in a Thursday-Saturday pod and regional. Following the bracket, I included a few thoughts on the last four in and first four out.

Virginia – The Cavaliers picked up a huge home win against Florida State last week, and the reigning champs own six total victories in the top two quadrants. The Quad 3 loss at Boston College is the biggest blemish on UVA’s profile, and a weaker than usual ACC provides limited opportunities for marquee wins. The ‘Hoos host Clemson this week before heading to Louisville on Saturday.

Mississippi State – After dropping their first three SEC contests, the Bulldogs have won five of six, including home wins over Arkansas and Tennessee to go with a road victory at Florida. Mississippi State also played its first 10 games without Nick Weatherspoon, which included a home loss to Louisiana Tech. The Bulldogs will play three of their next four games on the road, starting with this week’s road trip to Lexington.

Memphis – The Tigers are sliding toward the cutline but managed to go 2-0 last week with wins at UCF and home against Connecticut. Like many of their AAC brethren, the lack of Quad 1 wins is an issue, as Memphis’ lone such win came on the road at Tennessee. They have just one loss outside of the top two quadrants, but they also have no victories over teams solidly in the field. Memphis needs to hold serve at home this week with Temple and South Florida coming to town.

Xavier – In Saturday’s road win at Big East leader Seton Hall, the Musketeers looked much more like the team I expected to see this season. With the exception of a road loss at Wake Forest, there are no bad losses on Xavier’s profile (and even that one falls into Quad 2). The other seven defeats all came in Quad 1 opportunities, but outside of the Seton Hall win, their best victories are all good but not great. This week features a road trip to struggling DePaul before a home date with Providence.

Purdue – As mentioned the last couple weeks, history isn’t on the Boilers’ side. Purdue currently sits at 12-10, and the last time a team earned an at-large bid with a record just two games over .500 was back in 2001. That said, Purdue has two Quad 1 wins and three more in Quad 2, and the computer numbers are relatively strong. A poor record away from home, including a Quad 3 loss at Nebraska, doesn’t do them any favors though. They did manage to avoid a second bad road loss with a late comeback against Northwestern, setting up a big week for Purdue, who welcomes Iowa to West Lafayette before a road trip to Bloomington on Saturday.

VCU – The Rams have been floating in and out of the field in recent weeks. Last week they knocked off fringe bubble candidate Richmond before losing by double-digits at Rhode Island. A non-conference win over LSU continues to look even better, but that is VCU’s only win against a team safely in the field. For now, the Rams need to hold serve at home before a key three-game stretch that features a road trip to Richmond, a home game against Dayton, and a trip to Saint Louis.

Georgetown – Six wins in the top two quadrants are decent, but just one of those came against a team in the at-large conversation, which was a home win over Creighton. The Hoyas have some other decent victories to fall back on as well, and eight of their nine losses fall in Quad 1. Georgetown is home this week for games with Seton Hall and DePaul.

Arizona State – The Sun Devils followed up their win over rival Arizona by falling at Washington State last week. Like Georgetown, ASU has just one win over a team in the at-large conversation as well as a general lack of bad losses. At this point, the Sun Devils would be wise to sweep games with UCLA and USC at home this week.