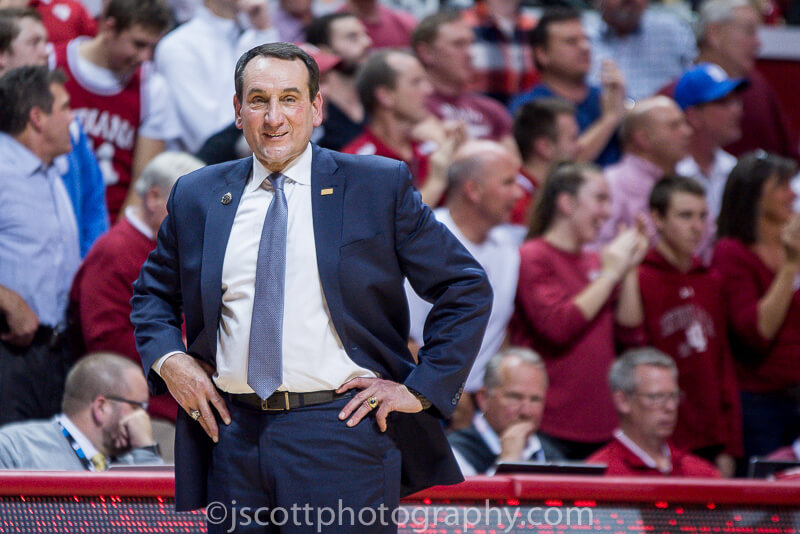 As has become tradition, I took advantage of an incredibly light slate on the night of the College Football National Championship Game to churn out the first set of in-season bracket projections. The lack of a dominant team has been beaten to death at this point, but there are still some quality resumes at the top of the bracket. There is still a LOT to sort out on the bubble though with no shortage of ugly profiles out there for the final 8-10 spots.

From a conference perspective, 11 Big Ten teams are included in this week’s projected field, but I’m not convinced the league will be able to sustain that many bids once each team goes through the meat grinder that is the conference schedule. That said, the bids will need to come from somewhere in a season when the ACC projects to get far fewer bids than normal.

At this point, I’ve selected the representatives from the single bid leagues based on a combination of the current standings and who I think will win the league.

Five teams were considered for one seeds in this set of projections, with surprise teams like Baylor, Butler, and San Diego State joining perennial contenders Duke and Gonzaga.

For now, Baylor, Duke, and Gonzaga have started to set themselves apart. The Bears picked up a huge road win at Kansas over the weekend and lead the nation in Quad 1A wins with four. To clarify, on the team sheets the committee uses to select and seed teams, the NCAA has started to separate Quad 1 and 2 wins into sub segments with 1A representing top-end victories. Baylor also ranks first in the NET and boasts six victories in the top two quadrants.

Despite a stunning home loss to Stephen F. Austin, Duke’s profile is still strong, including Quad 1A victories over Kansas on a neutral court and on the road against Michigan State and Virginia Tech. The Blue Devils sit atop KenPom and have a non-conference schedule ranked in the Top Ten. Gonzaga’s lone loss came against then-red hot Michigan in the Battle 4 Atlantis, but the Zags knocked off Oregon on a neutral floor and won at Arizona and Washington. The non-conference strength of schedule is low, but Gonzaga performs well in all of the advanced metrics.

The last spot came down to Butler and San Diego State. The Bulldogs have a gaudy 9-1 mark in Quad 1 and 2 games, including four Quad 1 wins and a 6-1 record in road and neutral games. Their lone loss came by one point on the road against Baylor. The Aztecs are one of two remaining unbeaten teams and have three wins each in Quad 1 and Quad 2, headlined by a road win at BYU and neutral court victories over Creighton and Iowa. I gave Butler the slight nod thanks to their volume of quality wins, but don’t be shocked if SDSU winds up there on Selection Sunday.

The projections below are based on all games played through January 13, 2020. Following the bracket, I included a few thoughts on the last four in and first five out.

Texas Tech – The Red Raiders have solid metrics, but the reality is that eight of their 10 victories fall in Quad 4, with a neutral court win over Louisville and a home victory against Oklahoma State the only exceptions. Two of Tech’s losses came in overtime, but they’ll need to take advantage of a slew of quality win opportunities that await in Big 12 play.

VCU – Similar to Texas Tech, VCU has a solid NET ranking but not a ton of quality wins. In fact, a home triumph over LSU and a road victory at Charleston are the only ones that fall in the top two quadrants. None of the losses are particularly bad, but this week’s matchup with Dayton looms large.

USC – A strong 7-2 mark in road and neutral games really helps out the Trojans, who own five Quad 1 and 2 victories but just one of those against a team I have in this week’s field. A home loss to Temple isn’t aging well either.

Oregon State – For the last spot, I gave the nod to the Beavers who have a pair of strong wins, one on the road at Colorado and the other a 17-point home victory over Arizona. A poor non-conference strength of schedule may prove to be an issue in the long run.

NC State – After being left out of the Big Dance last year, the Wolfpack are in familiar territory on the bubble. A home victory over Wisconsin certainly helps, but the other two notable wins came at UNC Greensboro and at Wake Forest. The non-conference strength of schedule is better than it was a year ago, but NC State still has a losing mark (4-5) against the top three quadrants.

Virginia – The reigning National Champions are in trouble. They have no Quad one victories and just one win over a team I have in the field, and at the same time they have already racked up three Quad 3 losses that came at home against South Carolina and Syracuse and on the road at Boston College. A NET ranking in the 70s isn’t doing UVA any favors.

Georgetown – It’s been an eventful season for the Hoyas so far with multiple players dismissed or transferring, and while they have four victories against the top two quadrants, none of those have come against teams in the field or even in the first five out. A home loss to UNC Greensboro isn’t helping matters either, but the Big East will provide plenty of chances for additional quality wins.

DePaul – The Blue Demons were one of the most pleasant surprises of the early season with road wins at Iowa and Minnesota as well as a home victory over Texas Tech. However, a NET ranking in the low 70s, a non-conference strength of schedule pushing 300, as well as one loss each in Quad 3 and Quad 4 are holding them back at the moment.

Washington – The loss of Quade Green is already hurting the Huskies, who have recently picked up losses against struggling UCLA and on the road against lowly Cal. A neutral court win over Baylor is fantastic, but when evaluating Washington without Green, it’s hard to argue they should be on the right side of the cut line.