The Minute After: Louisiana Tech 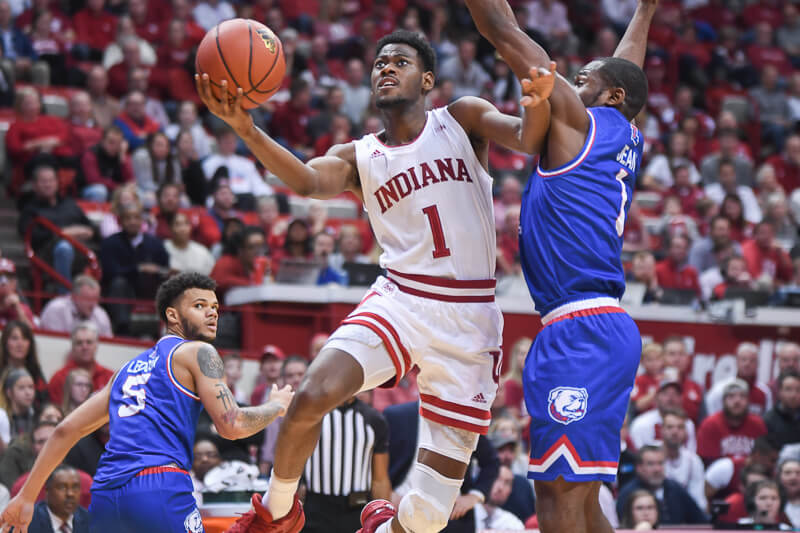 Thoughts on an 88-75 win against the Bulldogs:

On paper, Louisiana Tech came to Simon Skjodt Assembly Hall this evening as Indiana’s toughest test of the season to date. The Bulldogs ranked in the top 100 of Ken Pomeroy’s rankings (No. 88) to enter the contest. You figured this one might be a little tighter with the better competition. But Indiana made quick work of the Bulldogs.

If you aren’t going to stop the Hoosiers in transition, they’ll have their way with you. That’s exactly what happened to start the contest as Indiana’s guards carved up the Bulldogs on the break for lay-ups at the rim. When the Hoosiers weren’t getting buckets on the break, they were knocking down shots from distance at a high clip. Indiana’s defense was also locked in and it all led to an Indiana 23-point lead at the 7:29 mark. Halftime saw Indiana with 1.37 points per possession and an effective field goal percentage of 71. It was about the finest offensive half for Indiana this season.

But Indiana’s second half was ugly. The Hoosiers have been great with the ball this season, ranking 29th in the country in turnover percentage (15.4) entering the game. Yet over the final 20 minutes, the Hoosiers turned the ball over 12 times — which is Archie Miller’s goal for his team for the entire game. And on possessions Indiana didn’t turn it over, the Hoosiers were also disjointed at times on offense.

“Our concentration and our poise offensively throughout the second half was very poor,” Miller said to the Big Ten Network’s Shon Morris post game.

Devonte Green was sensational in the first half (15 points, two assists, one turnover). But his second half was forgettable, as he scored just one point in 12 minutes and turned the ball over three times. Indiana’s other nine turnovers came from Al Durham (three), Armaan Franklin (three), Justin Smith (two), Trayce Jackson-Davis (one) and Joey Brunk (one). Indiana’s season worst turnover percentage so far came against Alabama State (17.8). Tonight’s mark sets a new season worst mark there, as the Hoosiers turned it over on 22 percent of their possessions.

But as we’ve seen a lot so far in November, Indiana was able to feast at the line in the second half. The Bulldogs had trouble keeping out of foul trouble — some fouls came from Indiana’s superior ability, others were unnecessary — and the Hoosiers went 20-of-28 from the line over the final 20 minutes of the contest. IU’s free throw rate of 68 percent was its second-highest of the season. Had the Bulldogs defended without fouling better in the second half, this one could have been closer. Instead, Louisiana Tech never got closer than 10.

You wonder if Indiana’s hot start and comfortable cushion at halftime had the Hoosiers losing a bit of focus over the final 20 minutes. Still, there’s degrees to this stuff and Indiana’s second half sloppiness was pretty bad. It cast a bit of a black mark on a game the Hoosiers otherwise could have completely dominated from wire to wire. Yet, the turnovers are unlikely a cause for long-term concern. More an anomaly in a game the Hoosiers lost some concentration.

Six games down and six wins on the ledger. We’re almost turning the page into December, a month that is sure to reveal much more about what this team can do.