Juniors Justin Smith and Al Durham Jr. stole the show with a pair of 20-plus point performances in Indiana’s season-opening win against Western Illinois on Tuesday night.

But freshman Trayce Jackson-Davis also quietly put together a strong, confident debut. The Center Grove product went 4-of-5 (eight points) from the floor to go along with six boards, four blocks and one steal.

Jackson-Davis doesn’t waste time when he gets the ball in the post, making quick, athletic moves on his opponent for scores. It’s a skill that fits well in Archie Miller’s system.

We’ll take a look at all four of Jackson-Davis’s scores, as well as one of his blocks during Indiana’s big run in the first half, in the latest edition of Film Session:

Down early in the contest, Rob Phinisee inbounds the ball to Jackson-Davis: 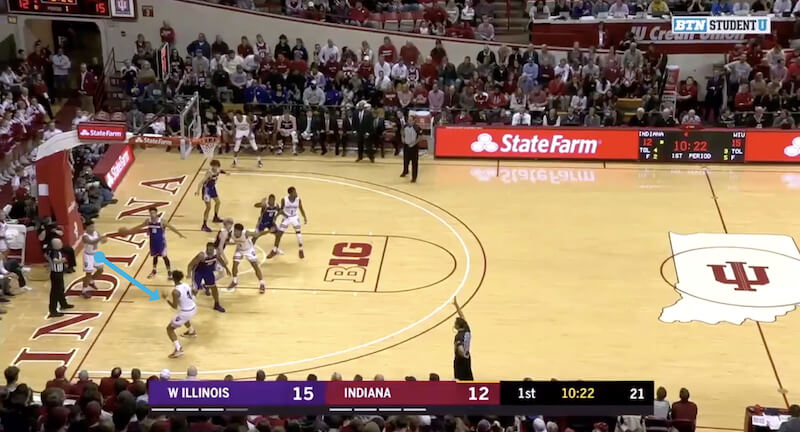 Jackson-Davis passes to Justin Smith on the left elbow: 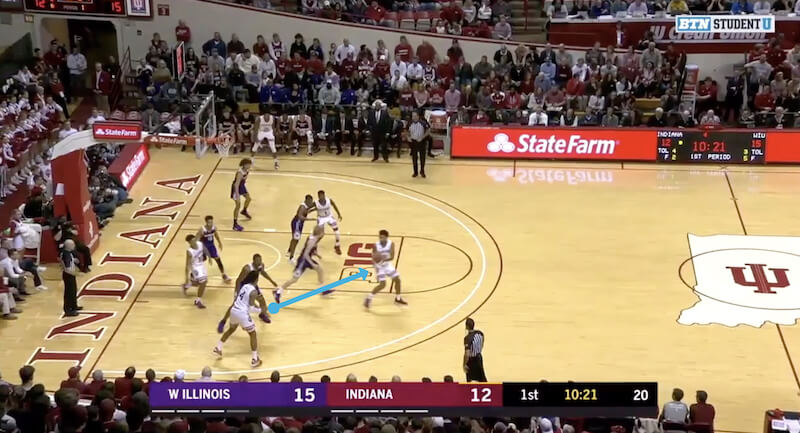 As Smith swings the ball to Al Durham, Phinisee sets a screen for Jackson-Davis and he heads across the baseline: 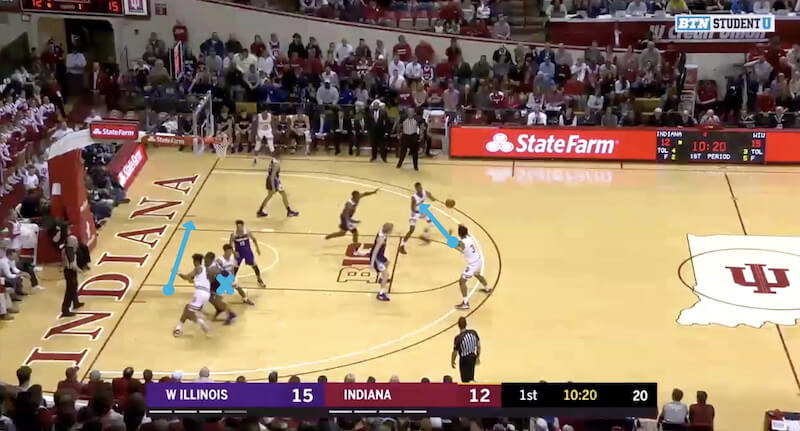 Jackson-Davis moves to the right low block with a little space as Phinisee heads up top. Durham makes the pass to Jackson-Davis: 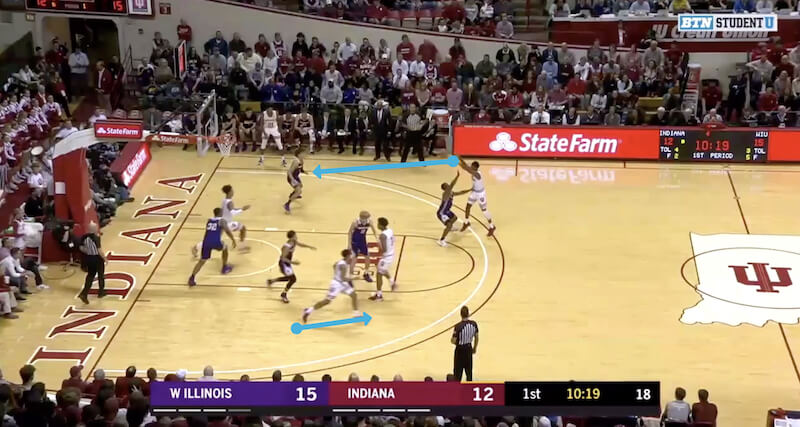 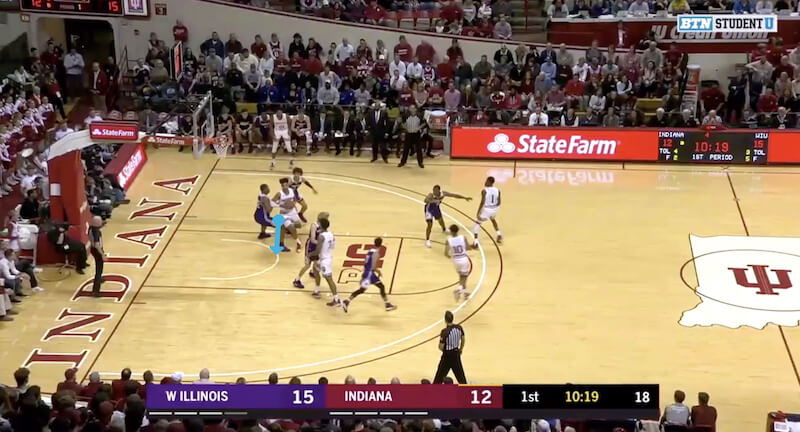 And Jackson-Davis is up and over his opponent quick for the score: 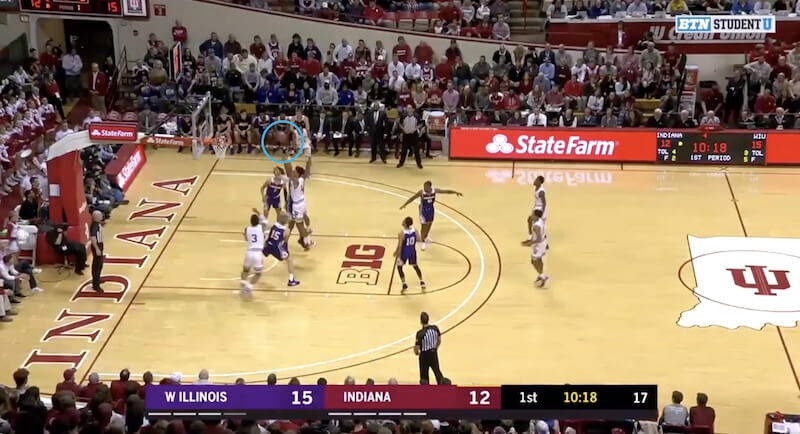 Nice little baseline out of bounds set from the Hoosiers here during a period they were struggling to generate offense.