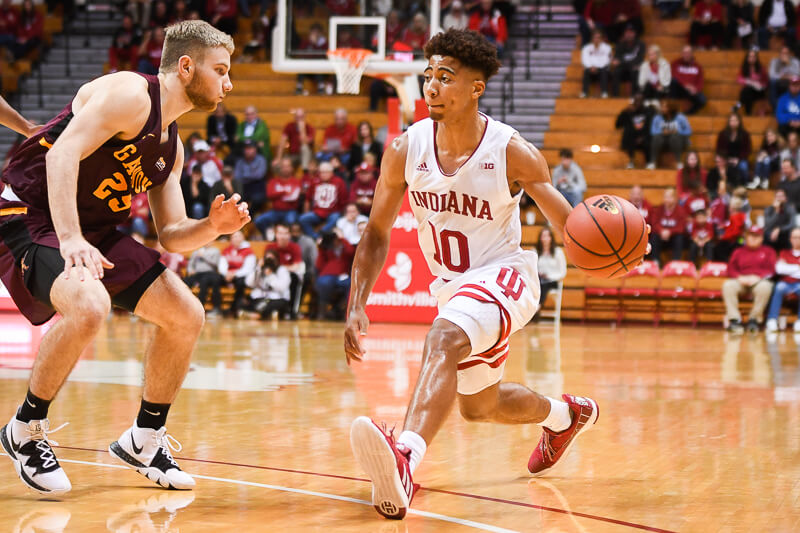 Quick thoughts on an 84-54 exhibition win over Gannon:

How it happened: Aside from a brief stretch late in the first half when Gannon took a one-point lead on two occasions, Indiana had little trouble with the DII Golden Knights in its lone public exhibition. The Hoosiers took control early in the second half as Gannon simply couldn’t get enough clean looks in its halfcourt offense to stay in the game. Indiana deserves some credit for this as it forced multiple shot clock violations and generally looked more engaged on that end after intermission. As expected, Indiana was short handed as Devonte Green and Al Durham Jr. both sat out with injuries and Rob Phinisee played limited minutes as he works his way back from a lower abdomen injury.

Standout performer: Justin Smith finished with a team-high 18 points on 5-for-5 shooting from the field and 8-for-9 shooting from the free throw line. He also had two rebounds, three assists, two steals, a blocked shot and no turnovers in 20 minutes.

Statistic that stands out: After a dismal 24-43 free throw shooting performance in a scrimmage against Marquette, Indiana was much better from the line against Gannon. The Hoosiers hit 21-of-30 for 70 percent.