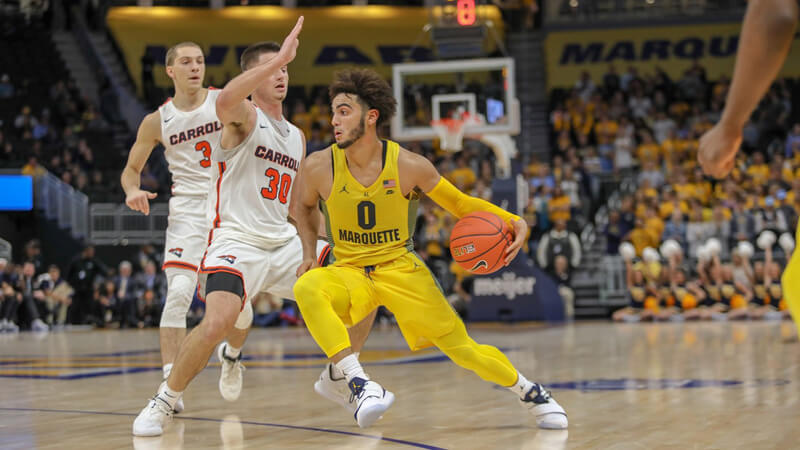 Indiana’s 2019-2020 schedule was released last week, but a new wrinkle was revealed earlier this week.

According to Ben Steele, who covers Marquette for the Journal Sentinel, the Golden Eagles will play Indiana in a closed scrimmage on Sunday, Oct. 20.

No details on the location of the scrimmage were reported by Steele other than it wouldn’t be played in Milwaukee.

This will be the second straight season the Hoosiers have played a closed scrimmage. Last fall, Indiana played Loyola Chicago at Bankers Life Fieldhouse in October.

Jordan Geronimo, a class of 2020 forward who is rapidly rising in the national rankings, is scheduled to make an official visit to Indiana this weekend.

In the latest 247Composite rankings, Geronimo is ranked 98th in the country.

Carter Whitt, a class of 2021 guard from Raleigh, North Carolina, added a scholarship offer from the Hoosiers on Thursday.

Whitt is ranked the No. 48 player nationally in his class according to the 247Composite.

Excited to receive an offer from Indiana! pic.twitter.com/TvTIL27sqY

Indiana is getting a new locker room in Cook Hall and Archie Miller provided a video update on the construction this week:

COOK HALL TEAM AREA COMING ALONG NICELY! This is going to be vital area for our team all year long. #365allthetime #24/7Access pic.twitter.com/RqXK6tMU59

The regional covers for the Athlon Sports and Lindy’s college basketball previews have been revealed and Indiana’s Devonte Green is on both.