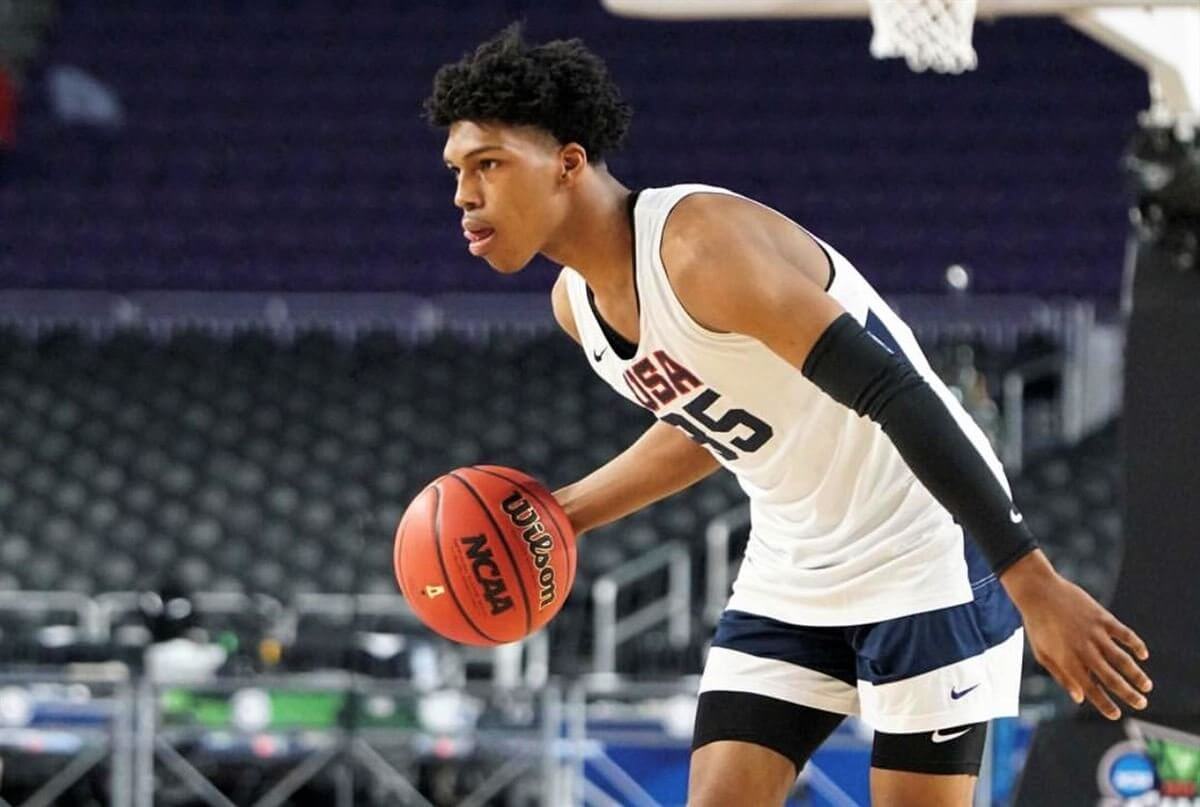 Following the release of our 2020 Indiana basketball recruiting board last week, we’re just about ready to move past the 2019 recruiting cycle barring any last minute additions.

And while we’ve provided recent highlights of just about every major IU recruiting target in the 2020 class over the past few weeks, we are now taking a deeper dive into many of the major targets statistically.

There’s plenty to glean from highlights, video and raw statistics, but the advanced statistics also matter.

With that in mind, we’ve taken a deep statistical dive into several of the prospects playing on this year’s EYBL and we’ve compiled many of the most notable numbers below:

It’s not hyperbole to suggest that Davis has been one of the best players on the EYBL circuit this spring. The numbers back it up.

But the advanced statistics are even more impressive. According to Open Look Analytics, Davis has an offensive rating of 134.5 and an effective field goal percentage of 60.9. His free throw rate (FTA/FGA) of 57.4 is very good and he’s knocking down 81 percent of his attempts at the line.

By comparison, his teammate Ethan Morton, a former IU target who recently committed to Purdue, is shooting just 40 percent on 2s and 13.3 percent on 3s.

Pack is the only player on this roundup that doesn’t have an IU offer, but his numbers suggest that his rising profile is warranted.

Indy Heat has been one of the EYBL’s surprise teams through two sessions with a 6-2 record and is in prime position to qualify for July’s Peach Jam if they can finish the month strong in Dallas. Pack is a major reason for his team’s success.

The Lawrence Central guard is averaging 16.8 points, 4.9 assists, 4.2 rebounds and 1.5 steals per game. Those are elite numbers.

According to Open Look Analytics, he has the second highest usage rate on Indy Heat at 23.8 percent. His offensive rating is stellar at 119.3 and his effective field goal percentage is 45.3. Pack’s turnover rate of just 12.8 percent is also impressive given his high usage rate.

One of the state’s top class of 2021 prospects, Furst is getting his first taste of 17U EYBL play this spring. And he’s more than passing the test statistically.

He’s averaging 14.6 points and 5.1 rebounds and has been efficient in doing so.

According to Open Look Analytics, his usage rate is the third highest on Indy Heat (23.1 percent) and his effective field goal percentage is 60.1 percent.

Along with Khristian Lander of Evansville Reitz, Furst has established himself as a clearcut priority for several midwest programs in the 2021 class.

Cross and BABC are winless on the EYBL circuit, but he’s been putting up very good numbers nonetheless. His 22.4 points per game lead his team and he’s also averaging 7.8 rebounds, 2.4 assists and 1.5 steals per game.

In terms of advanced numbers, Cross has a usage rate of 35.1 percent, one of the highest on the circuit, and his offensive rating sits at just 90.7 according to Open Look Analytics.

He’s shooting 42 percent on 2s, 28.8 percent on 3s and 82.1 percent from the free throw line. Much of this can likely be attributed to Cross simply not having enough consistent help from his teammates and being forced to take on a heavy load offensively.

Cross, who was offered a scholarship by the IU staff following the April evolution period, is scheduled to take an official visit to Bloomington this summer.

Love is close to 5-star territory in the national rankings and through eight EYBL games, he’s averaging 17.6 points, 4.9 assists, 3.8 rebounds and two steals.

According to Open Look Analytics, he has the second highest usage rate on Brad Beal Elite behind Moses Moody, the No. 34 player nationally in the 2020 class. Love is using 26.7 percent of his team’s possessions while Moody is at 30.5.

His effective field goal percentage (53.2) is also strong as he’s shooting 49.3 percent on 2s and 40.5 percent on 3s. One potential area of improvement for Love is drawing more fouls. His free throw rate (FTA/FGA) is just 28.2 percent, but he’s a good free throw shooter at 77.4 percent.

Based on his EYBL numbers to date, it’s fair to conclude that Steward is ready to step in and make an immediate impact at the college level.

He’s averaging 25.9 points per game for Meanstreets, which is 4-4 through eight games. He is also averaging five rebounds, 3.5 assists and two steals per game. Over his final two games in Indianapolis (both wins), he scored 37 and 46 points, respectfully.

What’s most impressive, however, is Steward’s efficiency.

He’s using 32 percent of his team’s possessions and owns an effective field goal percentage of 57.2 percent. His turnover rate is just 12.7 percent and he’s shooting 58.6 percent on 2s, 36.2 percent on 3s and 81.6 percent from the free throw line.

One of the top prospects in the class of 2021, Clarke has already taken a couple of visits to Bloomington and is being chased by all of the country’s best programs.

Expressions Elite is 6-2 and Clarke is using a team-high 26.9 percent of his team’s possessions, according to Open Look Analytics.