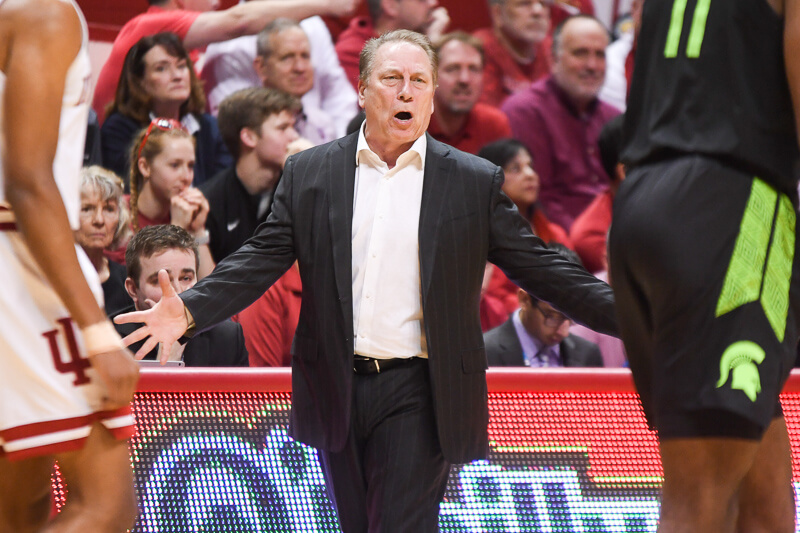 As we head into the final day of Championship week, there are just six automatic bids left to be handed out, and there are no bid thieves lurking in any of those six leagues.

Bubble teams spent the bulk of Saturday dodging bullets from other potential bid thieves, and they nearly emerged unscathed, but Oregon had other ideas. The Ducks blew out Washington to earn the automatic bid from the Pac-12, leaving one more potential at-large team on the outside looking in.

It’s amazing how quickly the picture can change even at this stage of the season, but the return of Zion Williamson allowed the committee to assess Duke at full strength once again. After watching the Blue Devils run through the ACC tournament, they are the top overall seed on my list. Virginia gets bumped to second based on losing both regular season games to Duke, but after that things get interesting.

Tennessee seems likely to claim one of the remaining spots after a late comeback to beat Kentucky. The Vols took two of three from the Wildcats, boast a 9-4 mark in Quad 1, and don’t have a loss to a team outside the Top 20 of the NET. Given how little the Sunday games seem to have mattered in the past, I tend to believe they will be on the one line even with a loss to Auburn.

Michigan State has been in the mix, but ultimately their losses are worse than any of the other teams vying for a one seed.

That leaves Gonzaga and North Carolina for the final spot. I spent an exorbitant amount of time comparing the two, and I waffled back and forth as I have over the last couple days. If you base it solely on the resume, UNC is the choice based on the higher volume of Quad 1 victories, but that’s a bit tough to do with Gonzaga since they have dramatically fewer opportunities for those kinds of wins.

However, the Bulldogs are the only team to beat Duke at full strength, and a last second loss to Tennessee and a road loss at North Carolina are understandable. The Zags were steamrolling all comers before slipping up in the WCC final against Saint Mary’s, who is ranked just outside the Top 30 of the NET, so by definition it really isn’t a bad loss. That defeat falls into the same bucket as UNC’s home loss to Louisville (by 21 points) and their neutral court loss to Texas, who is unlikely to make the tournament. So the question boils down to whether one bad shooting game against a team Gonzaga beat by a combined 62 points in their two regular season matchups is enough to knock them off the one line, where they had been entrenched since the committee’s February reveal. Ultimately Gonzaga had proven themselves worthy of a one seed in 32 of 33 games, so I ended up shifting them back to the one line.

I’m sure I will review this another time or two before the selection show, but that’s an in depth look of where my head is at right now.

The projections below are based on all games played through March 16, 2019. Following the bracket, I included a few thoughts on the last four in as well as the other teams I considered.

VCU – Oregon’s victory in the Pac-12 championship game pushed the Rams into the last four in. They went 16-2 in the A-10 and have a gaudy 25-7 record. However, a closer look shows just one win over a team in these projections as an at-large, and even that is against a Temple team that I’ve also pegged for a trip to Dayton. VCU has a terrific non-conference strength of schedule, but a pair of Quad 3 losses and five total losses to teams not in the at-large picture pushed them closer to the cutline for me.

St. John’s – The Red Storm did very little in the non-conference outside of beating VCU, and they lost two times each to DePaul, Providence, and Xavier. St. John’s did sweep Marquette in the regular season before getting run off the floor against the Golden Eagles on Thursday night.

NC State – A huge comeback and late free throws propelled the Wolfpack to a win over Clemson in their ACC tournament opener, but they were blown out by Virginia on Thursday. The Wolfpack’s non-conference strength of schedule is the worst in the nation, and just one of their nine ACC regular season victories came against a team with a winning league record (Syracuse). Additional home wins over Auburn and Clemson are helpful, but it seems like each year there is a team that winds up getting punished for a poor non-conference schedule, which this year just might be NC State.