In its loss to the Hawkeyes on Friday night, Robert Phinisee had one of his better games of the Big Ten season, as he filled the box score (13 points, seven rebounds, four steals, two assists).

In particular, Phinisee’s ability to dribble penetrate created opportunities for himself and others — a facet of Indiana’s offense that’s been sorely missing during its Big Ten slide.

We’ll take a look at Phinisee’s work in the latest edition of Film Session: 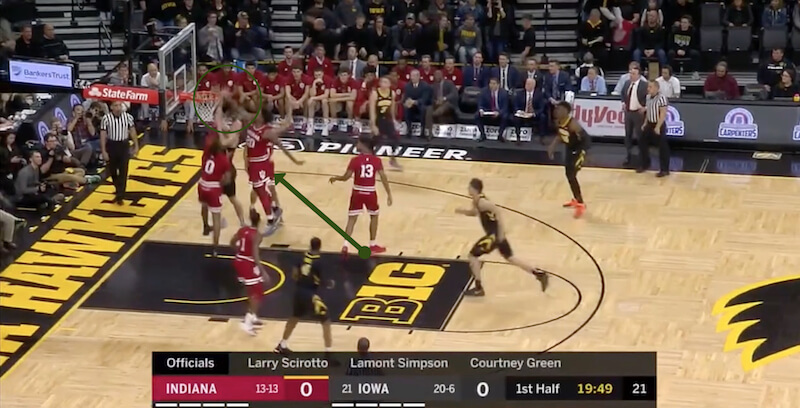 Phinisee picks up the block and is down the court quick before Iowa’s defense is fully set. Davis sets a ball screen right away: 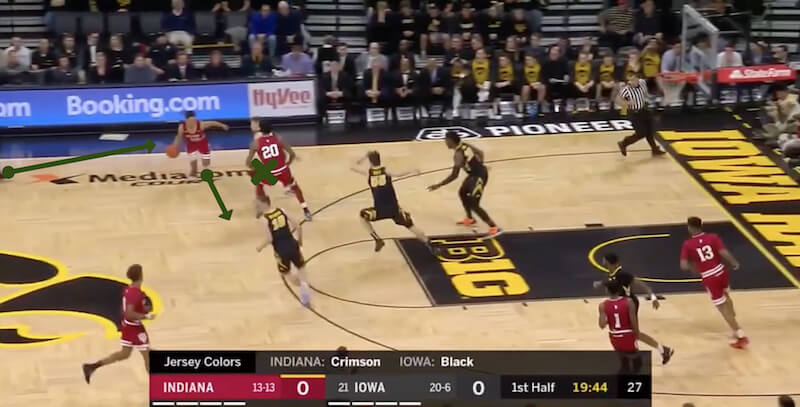 Luka Garza hedges. Phinisee stops short and threads the pass to Davis on the roll: 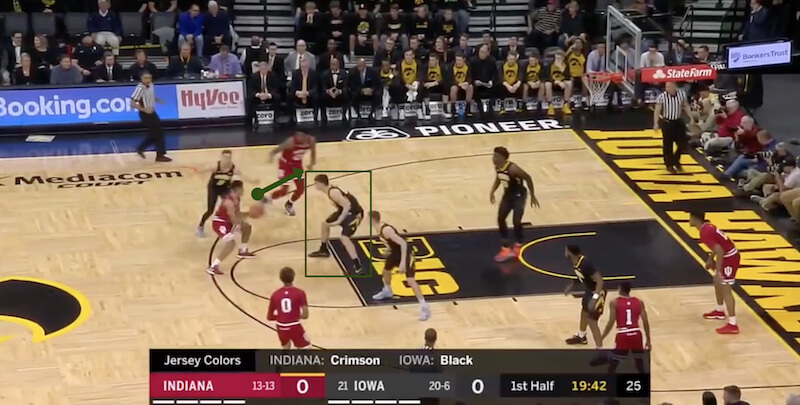 Tyler Cook slides over on the help: 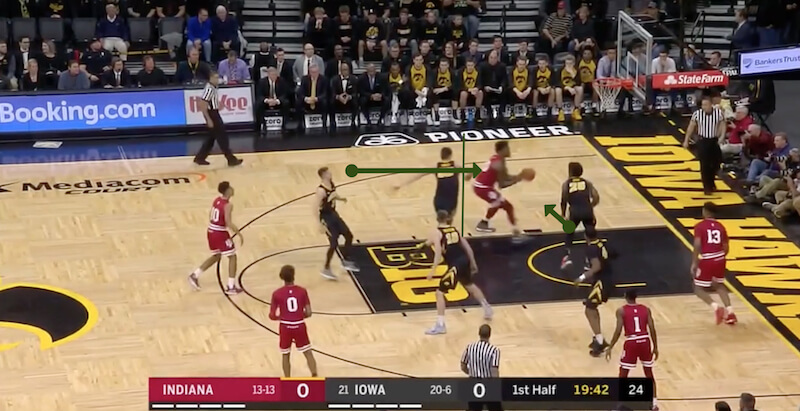 And Davis scores for two and is fouled, hitting the free throw to complete the 3-point play: 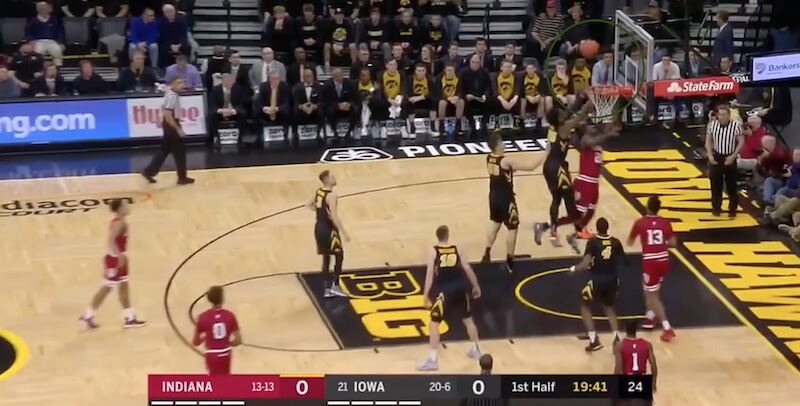 Nice work by Phinisee to get the offense going immediately and hitting Davis in space for the quick score.

Continue to page 2 to see Phinisee set up an Evan Fitzner 3-pointer: