At the buzzer: Indiana 79, Michigan State 75 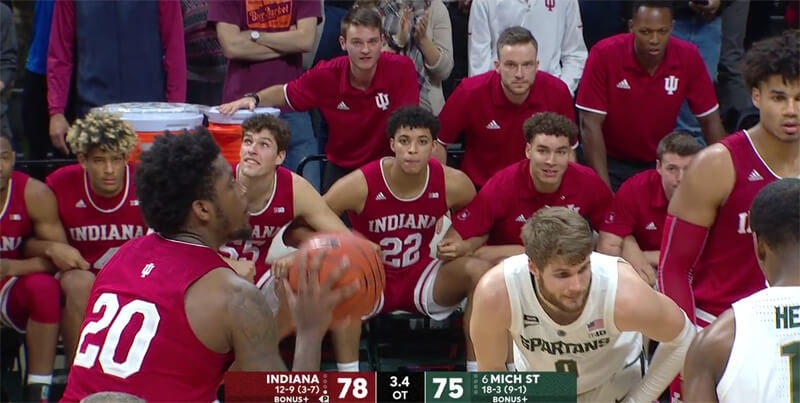 Quick thoughts on a 79-75 overtime win at Michigan State:

How it happened: Indiana’s seven-game losing streak is over. The Hoosiers, down Juwan Morgan for most of the night, went into the Breslin Center and went toe-to-toe with one of the nation’s best teams for 45 minutes. And prevailed. It looked at times in the second half like Michigan State would pull away, but Indiana kept within striking distance throughout the second half. And as the 3-pointers started to go in (7-for-10 in the second half and overtime), IU’s confidence grew. The Hoosiers had a shot to win in it regulation, but a Romeo Langford off balance 3-point attempt missed badly. In overtime, IU limited Michigan State to just 3-for-9 shooting and hit 6-for-8 free throws to seal the win, its fourth in Big Ten play.

Statistic that stands out: Indiana scored 1.09 points per possession, its best offensive performance since the Maryland game and limited Michigan State to just 14 fast break points. The Spartans shot a dismal 8-for-22 from the free throw line.