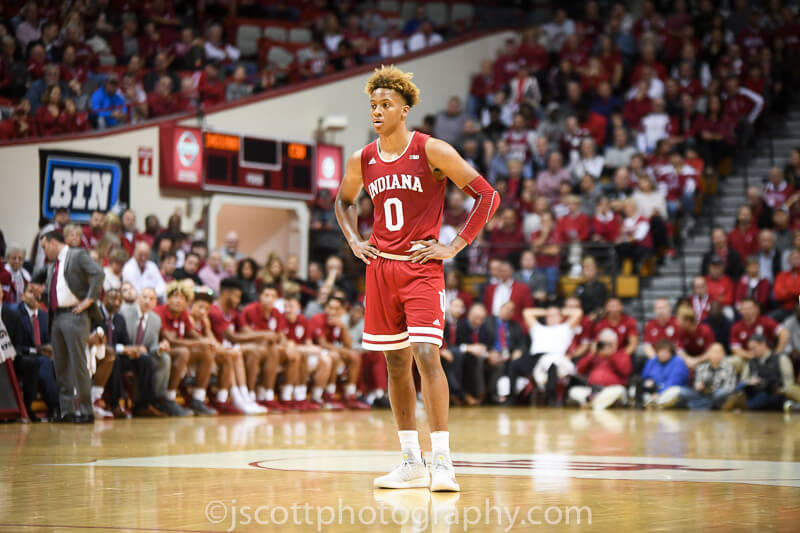 How it happened: This one had a little bit of everything. At the first media timeout, it looked as if Penn State was going to run away from the Hoosiers. The Nittany Lions got out to a 9-0 lead and Indiana’s offense was non-existent. But a pair of Devonte Green 3-pointers got the Hoosiers going and then Romeo Langford scored 15 points to give the Hoosiers a four-point halftime cushion. Indiana’s lead ballooned all the way to 14 early in the second half, but as is typically the case on the road in the Big Ten, this one didn’t come easy. After an Evan Fitzner jumper gave Indiana an 11-point lead with 3:58 to play, Penn State reeled off eight straight points. And after Al Durham missed the second of two free throws, Rasir Bolton got Penn State within two with 22 seconds to play. Evan Fitzner then missed the front end of a 1-and-1, but the Nittany Lions couldn’t score in the final 16 seconds as Indiana secured its first road win.

Statistics that stands out: Indiana held yet another opponent under a point per possession (.89 PPP for Penn State), the eighth time the Hoosiers have done so in nine games. The turnovers, however, were a problem in the second half as the Hoosiers coughed it up 11 times after halftime for a final turnover percentage of 23.