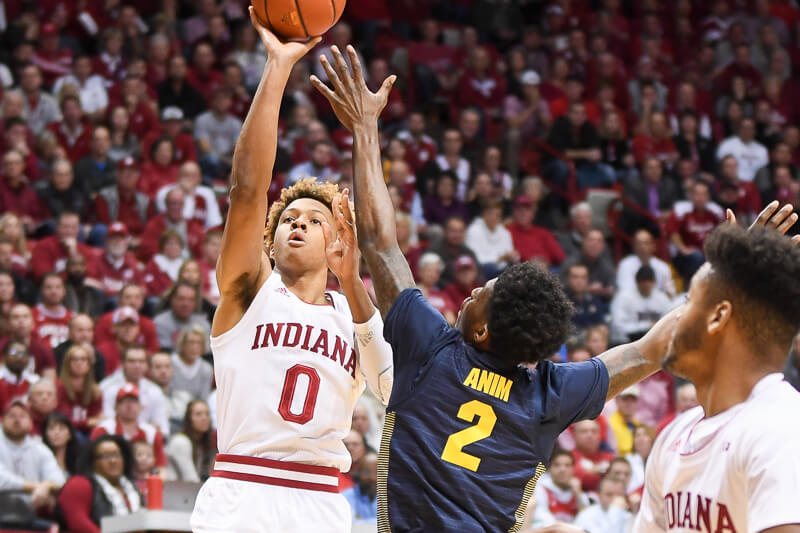 Quick thoughts on a 96-73 win over Marquette:

How it happened: If this was Indiana’s first true test of the season, the Hoosiers passed with flying colors. Marquette led once in the game (2-0) and Indiana controlled this contest for close to 40 minutes. The Hoosiers opened up a 19-4 lead in the game’s opening minutes and then led 42-24 on a Romeo Langford 3-point play with 4:34 to play in the first half. By halftime, Indiana held a comfortable 47-34 lead and had Marquette guard Markus Howard completely out of his game. Howard had three turnovers in the first half and was just 3-of-9 from the field for seven points before intermission. And in the opening minutes of the second half, Indiana eliminated any doubt about the final result as a Justin Smith dunk and Robert Phinisee 3-pointer pushed the lead to 52-34 with 18:03 to play. Marquette never seriously challenged the rest of the way.

Standout performer: Romeo Langford scored 15 of his team-high 22 points in the first half and looked unstoppable at times going to the rim. Robert Phinisee (12 points, eight assists) and Al Durham Jr. (13 points, five assists) also deserve a mention here for their defensive work on Howard, who finished with 18 points but had to work for every bucket.

Statistic that stands out: Indiana held Marquette, which had the nation’s 12th best offense in the country a season ago, to just .99 points per possession. It was a stellar effort that the Hoosiers should hope to build upon as the schedule gets tougher later in the month and early next month.