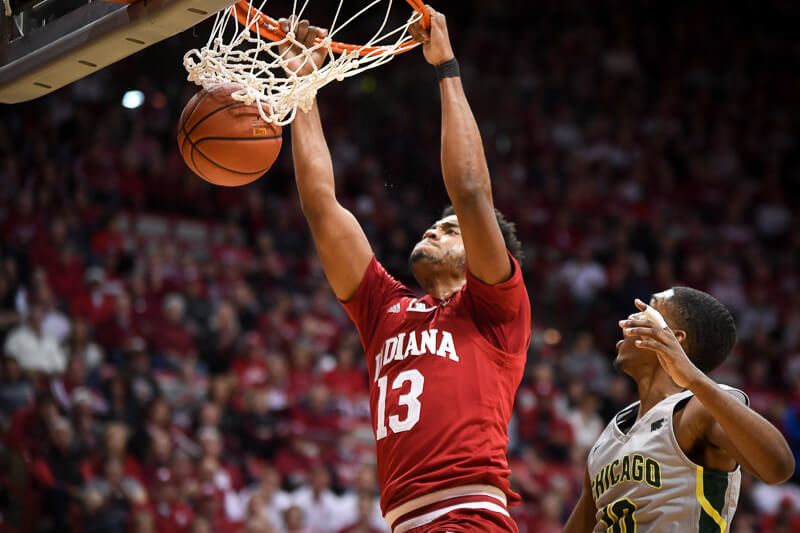 Quick thoughts on a 104-55 win over Chicago State:

How it happened: On an evening in which it took the floor against an opponent that was completely overmatched, Indiana took care of business on Tuesday night in Simon Skjodt Assembly Hall. Chicago State is likely to be one of the 15 worst teams in the country and it didn’t take long for the Hoosiers to take control. Shaky free throw shooting was the main deficiency in the first half as Indiana scored 1.24 points per possession, but missed 10 free throws. Still, the Hoosiers led 53-32 and outside of the first few minutes, this game never felt competitive. The free throw shooting improved in the second half (7-of-11) and Indiana cruised to a blowout victory with four scorers (Romeo Langford, Devonte Green, Evan Fitzner, Justin Smith) in double figures.

Standout performer: Langford made it look easy in his Indiana debut as he scored 17 of his game-high 19 points in the first half. Langford struggled from the free throw line (5-of-11), but showed off stellar court vision (three assists) and committed just one turnover in 26 minutes.

Statistic that stands out: Archie Miller talked about the importance of taking care of the ball on his radio show on Monday night and the Hoosiers were solid, but not great, on Tuesday night. Indiana had 13 turnovers in the win for a turnover percentage of 15.