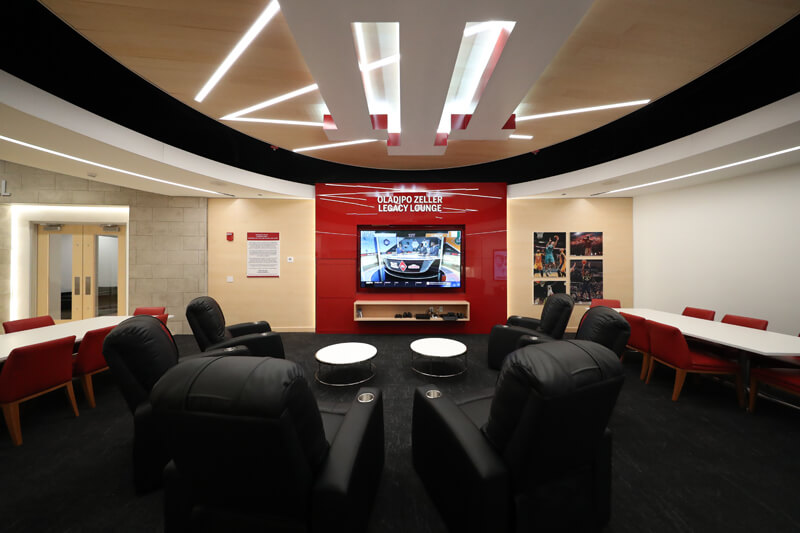 ? Take a look at our new digs!

Read both releases from Indiana below:

“Victor and Cody had tremendous impacts on our men’s basketball program during their All-America playing careers, and they continue to do that now that they are NBA standouts,” Glass said. “We are tremendously appreciative of their generous gifts for IU Basketball and for their continued involvement with the program. They are both Hoosier legends who represent the best of Indiana University Athletics.”

The Oladipo Zeller Legacy Lounge is part of the newly-renovated Roberts Family Indiana Basketball Team Center, which is located in the southeast corner of Simon Skjodt Assembly Hall. In addition to the Oladipo Zeller Legacy Lounge, the re-envisioned and remodeled area includes the Andy Mohr Locker Room, the Tim Garl Athletic Training Room, and a new coaches’ annex, providing Hoosier players and staff with a space commensurate with its standing as one of the country’s pre-eminent basketball programs.

“With Cody and Vic’s generosity, I wasn’t their coach, and I think that speaks volumes about Indiana University, our administration, our fans and how they were treated, and their overall love for their time here,” said IU Coach Archie Miller. “It’s a place that they obviously really enjoyed and it contributed to their success. For us to be the beneficiary of their generosity, we can’t be thankful enough. We want them to be a part of our program moving forward, sort of a new age and faces that people can look to and say they’re giving back and that’s a very important thing for our program.”

Before Oladipo and Zeller were the No. 2 and No. 4 overall picks, respectively, in the 2013 NBA Draft, the pair helped lead the Hoosier program to tremendous success. Playing together during the 2011-12 and 2012-13 seasons, they led IU to a combined 56-16 record, two Sweet 16 appearances, a Big Ten title and a No. 1 national ranking. Both earned All-America and first-team All-Big Ten honors following the 2012-13 season.

“It means a lot to be able to give back to not only the school but to future players as well,” said Oladipo, who earned third-team All-NBA honors and the NBA’s Most Improved Player award after averaging 23.1 points and an NBA-best 2.4 steals last season for the Indiana Pacers. “Players did the same thing for us before we got there and now we are doing the same. Hopefully it continues the rise of Indiana Basketball.”

Zeller, who has averaged 7.1 points and 5.4 rebounds in his first five seasons with Charlotte, echoed Oladipo’s sentiment about the importance and desire to give back to the program.

“A few months ago Vic and I were given the opportunity to help out with the locker room project at Assembly Hall. First of all, we were humbled by the opportunity, and secondly we are very blessed to be in a position where we can give back,” Zeller said. “We hope this project will help the Simon Skjodt Assembly Hall remain at the top, and we hope it will enable players in the future to enjoy the same experience Vic and I did when we were in Bloomington.”

“Dave and Susan Roberts have made a lasting impact on our men’s basketball program courtesy of their generous gift that made this new facility a reality,” said Glass. “We are thrilled that the center is named for Dave and Susan in recognition of their long-standing support of Indiana University Athletics.”

Unveiled to Coach Archie Miller and the Hoosier team Thursday, the new Roberts Family Indiana Basketball Team Center offers Hoosier players, coaches, managers and staff a state-of-the-art space that will be the envy of any other purported similar facility in the country. Included in its more than 4,000-square feet of space are the Andy Mohr Locker Room; the Oladipo Zeller Legacy Lounge; the Tim Garl Athletic Training Room; and the Basketball Coaches annex.

“As a program we want our players to experience the best of the best, and as we took inventory on how we wanted to do things as a new staff, one of the things we really approached was a new area for our team and creating an environment that is cutting edge and second to none,” said Miller. “I think that’s what we have been able to create here.”

Among the key components of the Roberts Family Indiana Basketball Team Center is the dramatically enhanced and improved training space – the Tim Garl Athletic Training Room. Complete with state-of-the-art equipment, it is named in recognition of IU’s long-time basketball team trainer, an honor made possible thanks to contributions from a handful of unnamed donors and friends of the men’s basketball program.

The Andy Mohr Locker Room, meanwhile, will provide Hoosier players an expansive space, new lockers, and other first-rate amenities to utilize on game days and throughout the season.

“It’s only fitting that our new men’s basketball athletic training room be named after Tim, whose contributions to the program and the athletic training profession in general are impossible to quantify,” said Glass. “For 38 years, Indiana University has been extremely fortunate to have the absolute best in the business caring for its men’s basketball players. The naming of the space in Tim’s honor is a well-deserved tribute to Tim for his exemplary work and years of service.

“My good friend Andy Mohr continues to impact Indiana University and IU Athletics in profound ways, both through his service and his generosity. We greatly appreciate his continued support and involvement and are honored to name the locker room in his honor.” 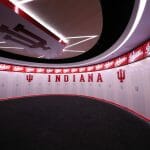 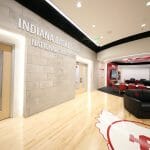 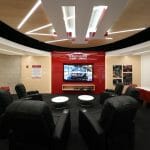 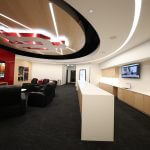