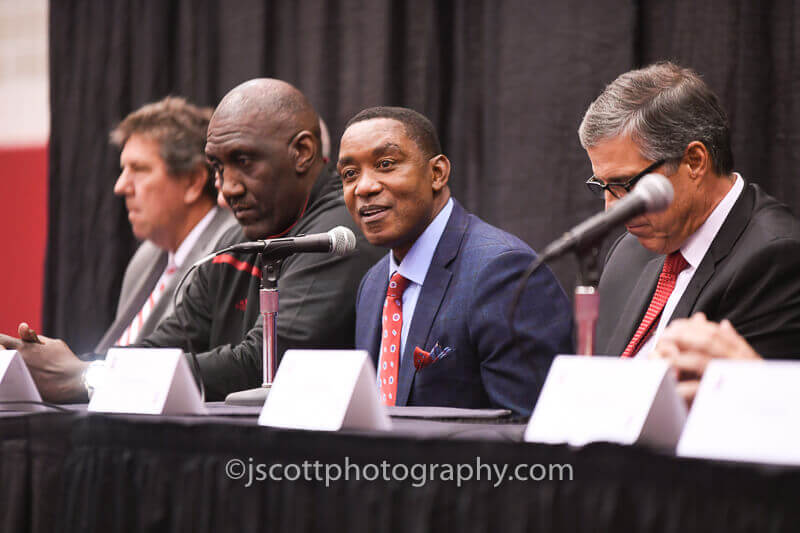 In this week’s show, Morris and Bozich are joined by Kent Sterling of CBS 1430 in Indianapolis, to discuss Indiana’s 1981 national championship team. Among the topics discussed:

· How the 1980 team set the table for the 1981 team
· Besides Isiah Thomas, who were the guys on the 1981 team who stood out?
· The youth of the 1981 team and the lack of seniors
· What Kent learned about the game of basketball as a student back in 1981
· What made Landon Turner so special as a player
· The composition of the 1981 roster and the number of guys from Indiana and Illinois
· Isiah’s competitiveness and toughness
· Why Bob Knight trusted Isiah Thomas so much in 1981
· The differences between the Big Ten in the early 80s compared to now
· What fans should remember most about Ted Kitchel, Randy Wittman and Ray Tolbert

Filed to: 1981 national championship team, Podcast on the Brink