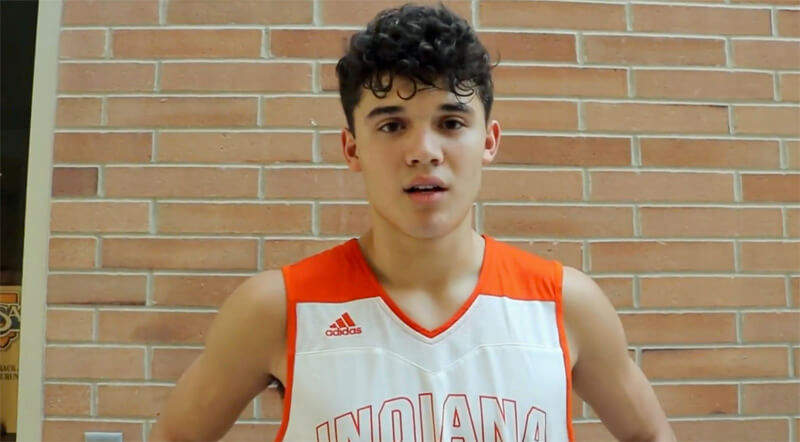 · Two of the nation’s primary recruiting services – Rivals.com and 247Sports – have updated their national rankings in the last week.

Brian Snow of 247Sports has an interesting breakdown of the 2020 class here and Rivals has a roundtable discussing its 2020 rankings update.

· Myron Medcalf looks at some of the teams who are on the outside looking in of ESPN’s way-too-early top 25, including Indiana:

Is a team that lost to Rutgers in the first round of the Big Ten tournament worthy of a top-25 spot after adding a five-star phenom? Maybe. But the Hoosiers made just 32 percent of their 3-pointers and 66 percent of their free throws, major problems for an offensive unit that finished in the 90s in efficiency.

Langford is a star. He changes the dynamic of this program. The Hoosiers, however, might need some time to develop chemistry and commence the critical work on some of their glaring offensive challenges.

· Zach Osterman of The Indianapolis Star lists his five primary recruiting targets for the Hoosiers in the class of 2019 and it’s no surprise that Trayce Jackson-Davis is the first prospect discussed:

A well-known prospect to IU fans, and a long-standing target for Miller, Jackson-Davis led Center Grove to a regional final last season. He’s expected to be a leading contender for IndyStar Mr. Basketball this season, and a potential McDonald’s All American.

On the recruiting side, he’s visited Bloomington several times since Miller’s arrival, including a trip down for Hoosier Hysteria last year, and a recent swing through campus when Center Grove participated in team camp last month.

The No. 5 center in his class, Jackson-Davis has already committed to at least three official visits this fall — Michigan State, UCLA and IU, for a return trip to Hoosier Hysteria.

· Despite being “handicapped by the AAU culture”, the USA Basketball U17 team destroyed the field in the U17 World Cup, Mike DeCourcy of The Sporting News writes:

The score, though. Goodness. The U.S. beat France in the gold medal game by a final of 95-52. Add the win over Canada in the semifinal match, and the U.S.’s total margin of victory over its last two games was 92 points.

Imagine what it might be if the Americans weren’t held back by inferior skill development and all that AAU they play.

Indeed, seven of the gold medalists will go from this tournament to the Nike EYBL at the Peach Jam this week. They will compete in what might be the final Peach Jam event open for scouting by college coaches, because when basketball looks for someone to blame, the letters A-A-U — even though misused — remain a convenient target.

· Gary Parrish of CBSSports.com writes that its too close to call between Kansas and Kentucky for preseason No. 1:

Honestly, I’ve gone back and forth and looked at it from every possible angle. There’s no wrong answer, I don’t think. But in an attempt to find the right one, I decided to break things down in a variety of ways and really take a close look. And what I found is that Kentucky seems to have more pure talent based on the fact that its roster features seven former five-star recruits, according to 247Sports. Kansas has just two. Plus, according to ESPN NBA Draft expert Jonathan Givony, the Wildcats are expected to have more first-round picks in the 2019 NBA Draft than the Jayhawks. So it’s reasonable to label Kentucky the more talented team.

But, obviously, talent isn’t everything.