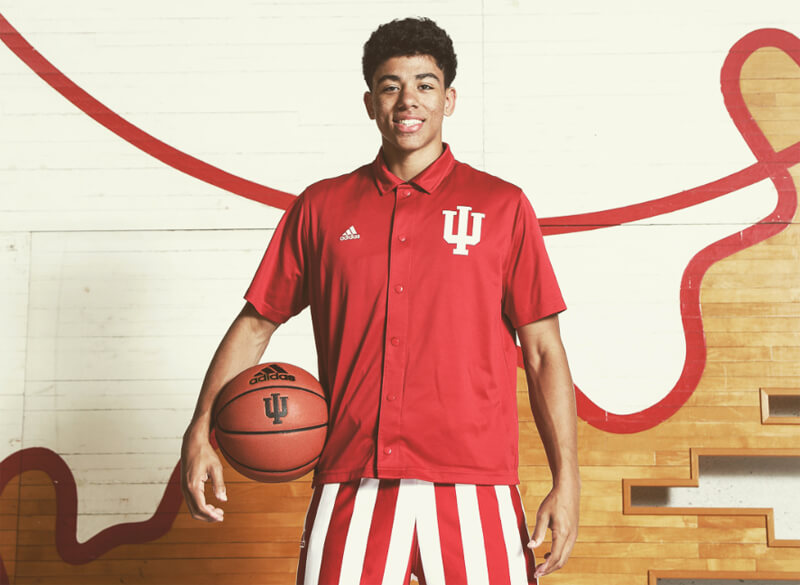 Class of 2019 Bettendorf (Iowa) guard DJ Carton named his final three schools on Sunday night and Indiana made the cut.

As a result of his list cut, Carton is no longer considering Iowa, Marquette or Xavier.

The No. 24 player nationally in the 247Composite, Carton has been a priority recruit for Indiana since last summer.

In an interview with Inside the Hall last week, Carton’s mom, Jennifer, said her son is ready to move on from the recruiting process soon.

“He’s just kind of wanting to move on from the process,” Jennifer Carton said. “It’s been a great process. People have been very respectful for the most part. Overall, it’s been a good process. He’s enjoyed it. But I think he’s kind of getting a little bit burnt out.”

Carton’s official visit to Bloomington was his second trip to campus this year and allowed his family to get a clear picture for the vision Archie Miller hopes to carry out.

“I think the visit went really well,” Jennifer Carton said. “We accomplished what we wanted to accomplish as far as DJ spending time with the team, the guys and the coaches and just getting to know them. We also saw the campus. We didn’t see the campus the last time we were there. So we got to see the beautiful campus.

“The highlight was seeing what they’re putting together there. “They’ve got five freshman in there and they’re really trying to rebuild the program. They’ve got some great freshmen players in there that DJ spent time with and we got to watch a few practices. We like the direction in which Archie (Miller) is building the program.”

Carton will take an official visit to Ohio State this week on Wednesday and Thursday, according to Jennifer Carton.