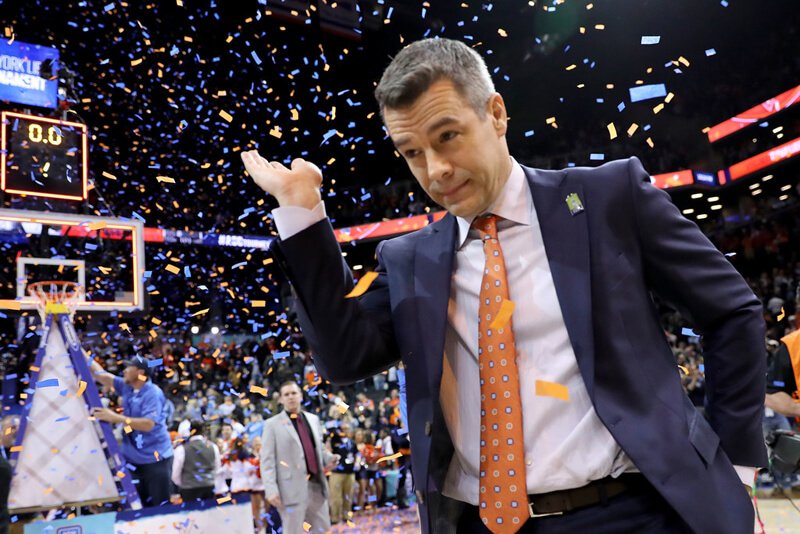 The final automatic bids have been handed out, although the only one that really impacted the bracket was Davidson winning that Atlantic-10. Not only did that earn them a spot in the field, it also bumped an at-large contender, forcing me to do a little unexpected work on Sunday afternoon.

For me, it came down to three teams for the final spot – Arizona State, Saint Mary’s, and Louisville. I wouldn’t be shocked to see any of the three make it, and I’m not convinced any of them have a legitimate gripe about being left out.

In addition to reviewing the final few teams in the field, I made some minor adjustments. One of the toughest groups of teams to evaluate was the quintet of Butler, NC State, Kansas State, Alabama, and Florida State, all of whom finished between 33 and 37 on the seed list.

Thanks again to Alex for giving me the opportunity to post this on Inside the Hall and to all of you who followed along during the season. Now I’m ready to get some sleep and just sit back and enjoy what I hope is a fantastic NCAA tournament.

Here’s a final reminder of how the selection committee is classifying wins this season:

The projections below are based on all games played through March 12, 2018. Following the bracket, I included a few thoughts on the last four in and other two teams I believe have the best shot to get in.

UCLA – The Bruins were bumped into the First Four by virtue of Davidson’s win over Rhode Island, but I like their profile more than fellow Pac-12 bubbler USC.

USC – The Trojans played well in the Pac-12 Final against Arizona, but DeAndre Ayton was simply too much to handle. Even after that loss, USC’s RPI sits in the mid-30s, which suggests they are relatively safe, but the fact remains they have yet to beat a team in the at-large picture.

Arizona State – It’s been a precipitous fall for the Sun Devils, who were ranked in the top five in the nation after beating Xavier and Kansas. Their more I looked at their profile, the more it reminded me of Indiana’s profile last season, where the Hoosiers picked up marquee wins over Kansas and North Carolina in the non-conference, picked up a handful of home wins over bubble teams in league play, and ultimately gave the committee too many reasons to leave them out.

Louisville – After falling to Virginia once again, the Cardinals are in a difficult spot. The good news is that they don’t have a bad loss, but they also have zero wins against the RPI top 50. The predictive metrics love Louisville, and four of their five best wins have come in road or neutral games. The Cardinals sit in the Top 40 of the RPI as well, and few (if any) major conference teams in that range have been left out of the field in the past.

Oklahoma State – I would have no issue whatsoever with the Cowboys getting in the field, but their RPI would be about 15 spots worse than the highest to ever receive an at-large bid. I understand the impact just a few games can have on that number, but since my challenge here is to predict the field, I’m not banking on something unprecedented.