In Indiana’s win against Illinois on Wednesday evening, a 13-2 advantage on fast break points in the first half helped the Hoosiers carry a 10-point lead into the break.

Indiana hasn’t been known as a transition team this season, but defense leading to offense — often with Juwan Morgan as the catalyst on a night he racked up five blocks and four steals — was the difference.

We’ll take a look four scores during Indiana’s 16-2 run in the first half:

Aaron Jordan launches a three from the right wing as Morgan gets in position for the rebound: 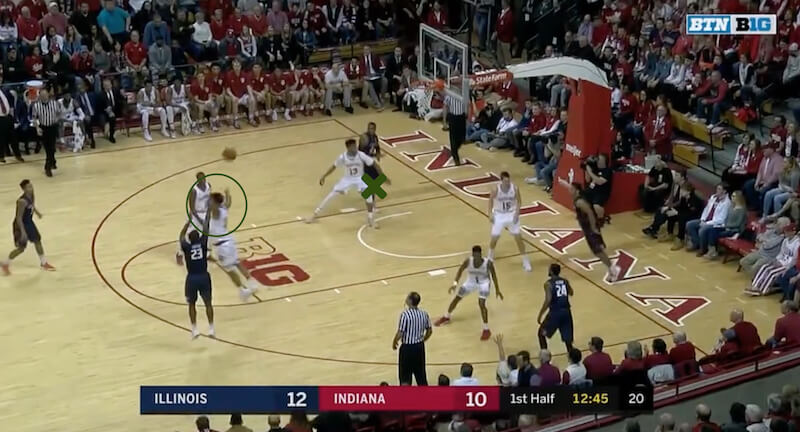 Morgan brings the ball up the court himself as Justin Smith gets ahead of the defense on the left side of the court: 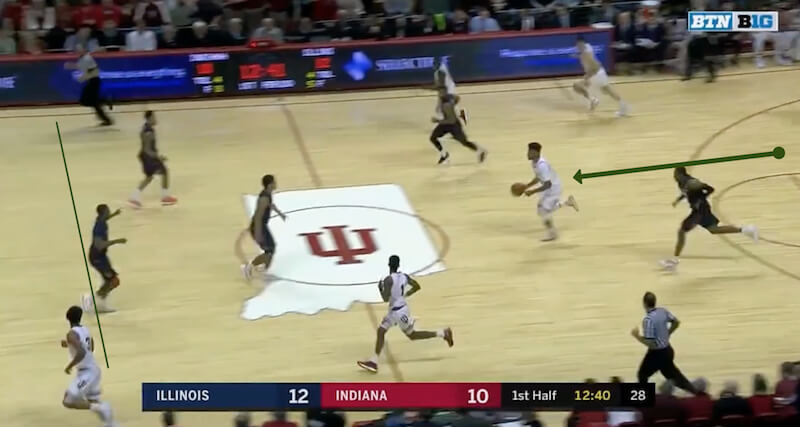 Morgan looks at Al Durham Jr. and Jordan begins to move toward the freshman, as Smith sneaks behind him:

Morgan continues to look at Durham Jr. as he throws the pass to Smith: 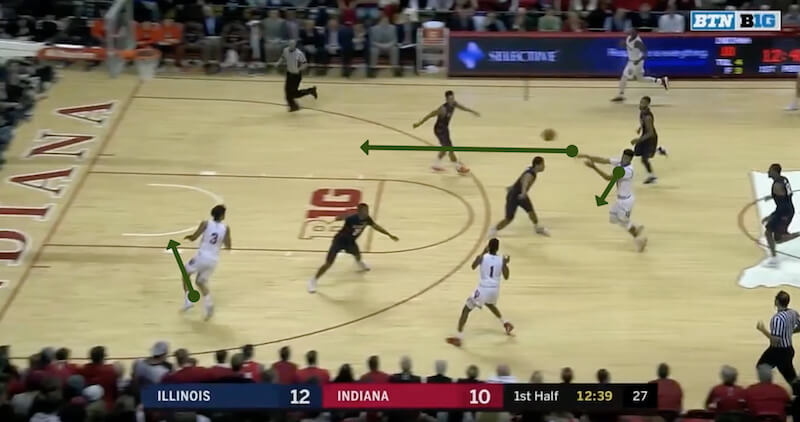 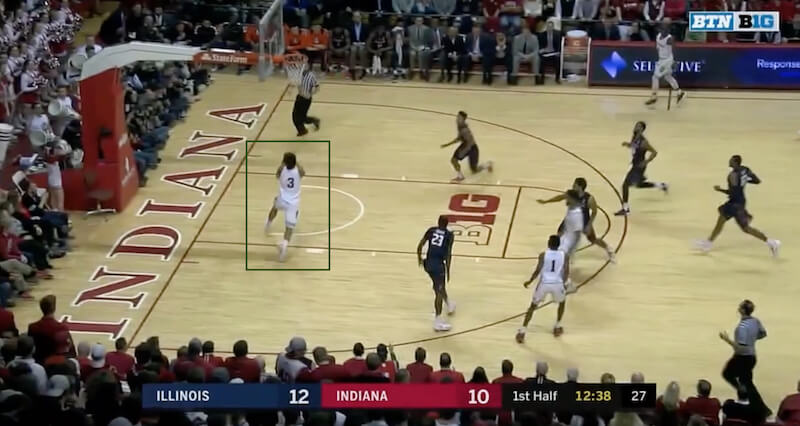 And finishes on the other side of the rim: 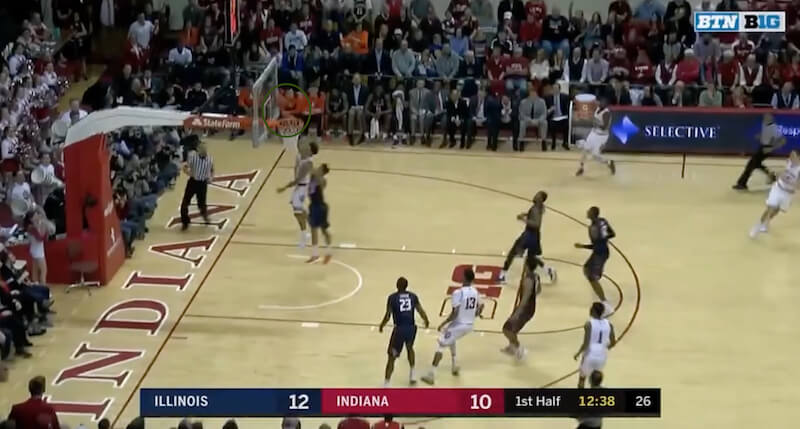 This is a play unlike anything we’ve seen before from Morgan this season, as he continues to blossom in his junior year. Devonte Green has been about the only Hoosier that’s shown the ability to pass like this so far this season.

Continue to page 2 to see a Morgan steal and score: