At the buzzer: Michigan State 85, Indiana 57 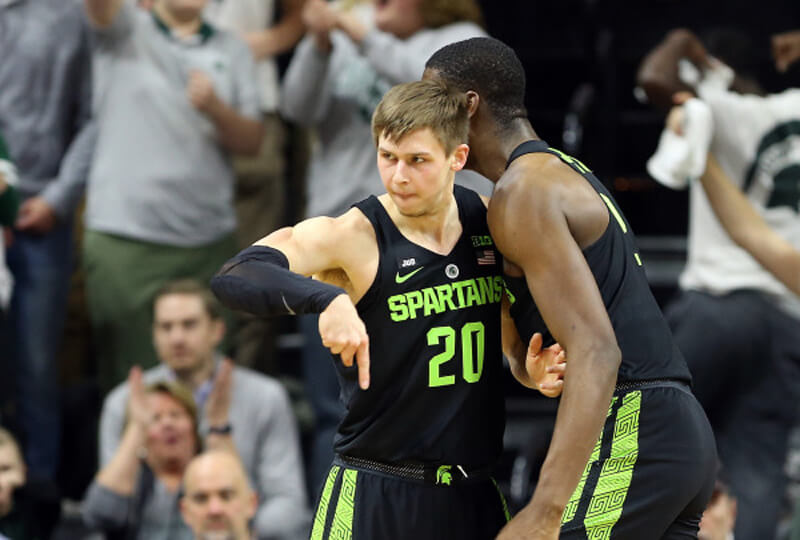 Quick thoughts on an 85-57 loss to Michigan State:

How it happened: Indiana was in Friday night’s game in East Lansing through the first four minutes. And then the rout was on. After the Hoosiers led 10-9 at the 16:13 mark of the first half, the Spartans ripped off an 18-0 run to claim a 27-10 lead at the 10:39 mark. It was no contest from there. With five days off after Saturday’s loss to Michigan at the Breslin Center, it was no surprise that Michigan State came out strong. And with Juwan Morgan basically a non-factor and on the bench for the final 24 minutes with an ankle injury, Indiana was simply no match. IU’s three-game Big Ten winning streak is over and the Hoosiers have just two days to prepare for Monday’s home game against Maryland.

Statistics that stands out: In the decisive first half that ended with Indiana down 19, Michigan State outscored the Hoosiers 12-0 on points off of turnovers and 9-0 at the free throw line. 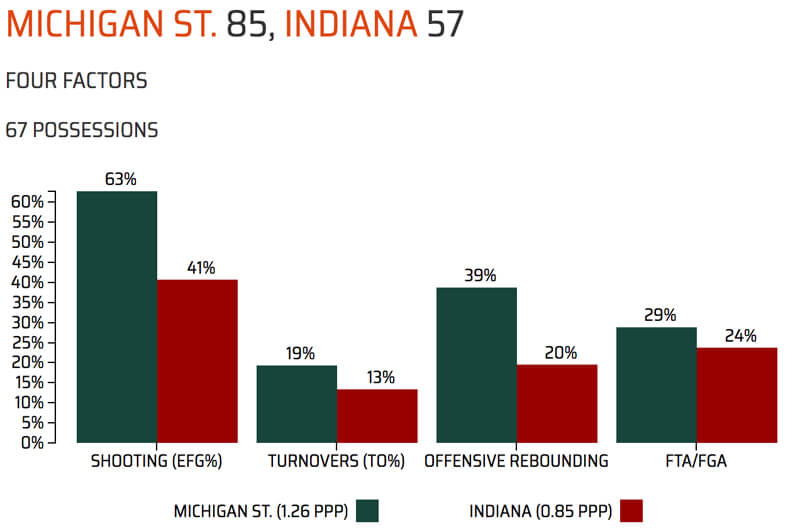