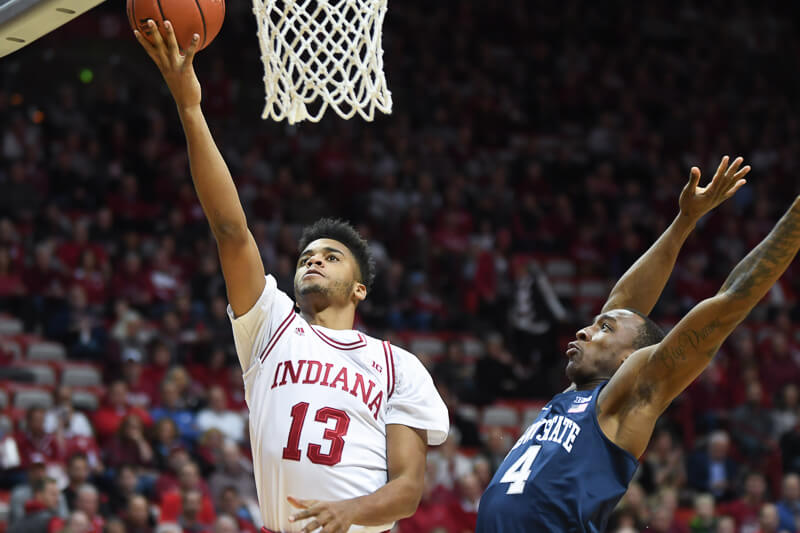 How it happened: After Indiana’s first road win of the season on Saturday at Williams Arena, it was fair to wonder how the Hoosiers would respond to the positive momentum. This IU team, after all, has some recent history of letdowns after a hard fought win. But this win was a sign of growth for Indiana. The Hoosiers led for the final 25:40 and picked up their third conference win of the season. It wasn’t without some drama, however. Each time Indiana looked as if it would pull away in the second half, Penn State responded. But the Nittany Lions would get no closer than two in the game’s closing minutes as the Hoosiers made eight free throws in the final 30 seconds to seal their 10th win of the season.

Standout performers: Juwan Morgan was terrific once again as he played the entire second half and notched another double-double with 21 points and 11 rebounds. It was Morgan’s fifth double-double in IU’s last nine games. The junior forward was 8-of-16 from the field. Newkirk also turned in a solid performance, finishing with 16 points, four assists and no turnovers in 30 minutes.

Statistic that stands out: Indiana took excellent care of the ball as the Hoosiers finished with just nine turnovers for a turnover percentage of 13. 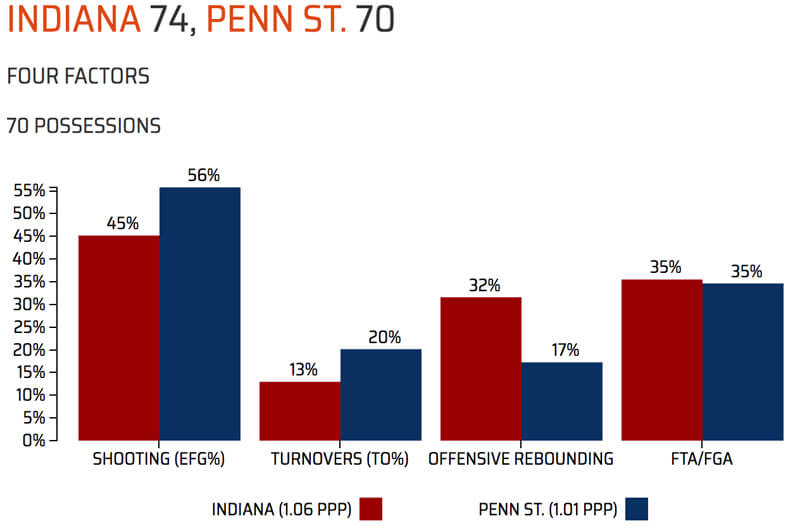