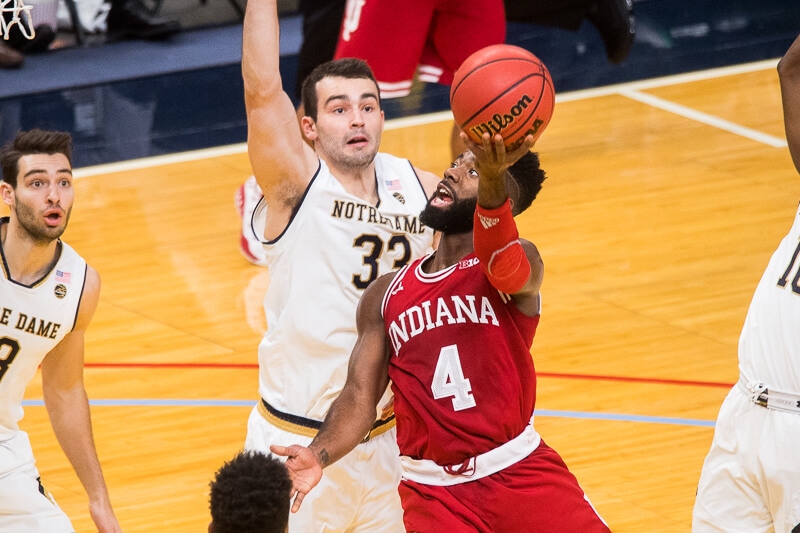 INDIANAPOLIS – Quick thoughts on an 80-77 overtime win over Notre Dame:

How it happened: It appeared Indiana was going to let another opportunity against a marquee opponent slip away. But after trailing by 14 in the first half and then by eight with just over two minutes to play, Indiana found a way. It was a team effort in the comeback in the final minutes of regulation and Indiana needed a pair of missed free throws by Austin Torres with less than a second left to force overtime. In overtime, Juwan Morgan took over down the stretch and a rebound and pass to Morgan by Zach McRoberts off a missed free throw led to the go ahead basket with eight seconds to go. Notre Dame had a chance on the subsequent possession, but Matt Ferrell’s 3-pointer came up short and Green secured the ball and was fouled. He knocked down a pair of free throws to push the lead to three and then a Bonzie Colson heave from midcourt just missed as time expired.

Standout performer: After going scoreless in last Saturday’s loss at Louisville, Robert Johnson bounced back in a major way on Saturday. The senior guard scored 20 points on 6-of-13 shooting from the field. Juwan Morgan, though, came up the biggest for Indiana. The junior forward finished with 34 points and 11 rebounds in 40 minutes, including eight in overtime.

Statistic that stand out: In a stunning finish, Indiana scored the game’s final six points over a span of 11 seconds, which included a pair of Morgan baskets and two Devonte Green free throws to push the lead to three. 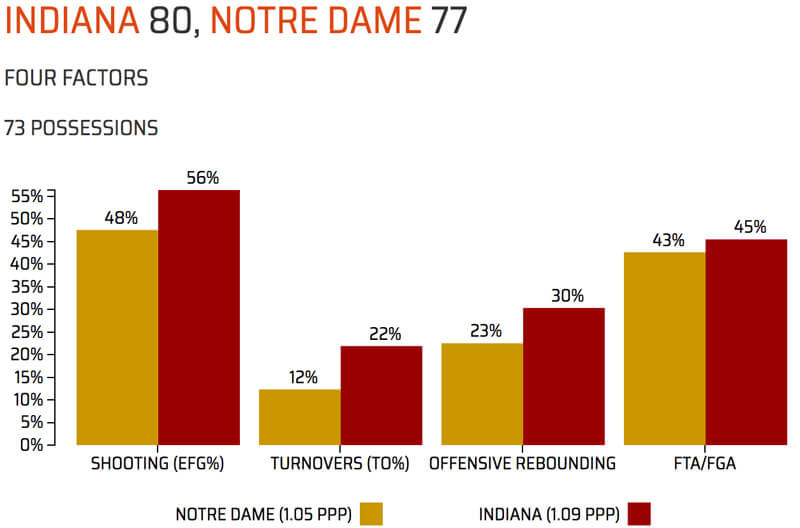