In Indiana’s win against Arkansas State on Wednesday night, Juwan Morgan put on a show. The junior scored a career-high 28 points, several of them coming via hard work and aggressive play.

We’ll take a look at four such scores in the latest edition of Film Session:

Freddie McSwain shoots a free throw as Morgan’s on the block: 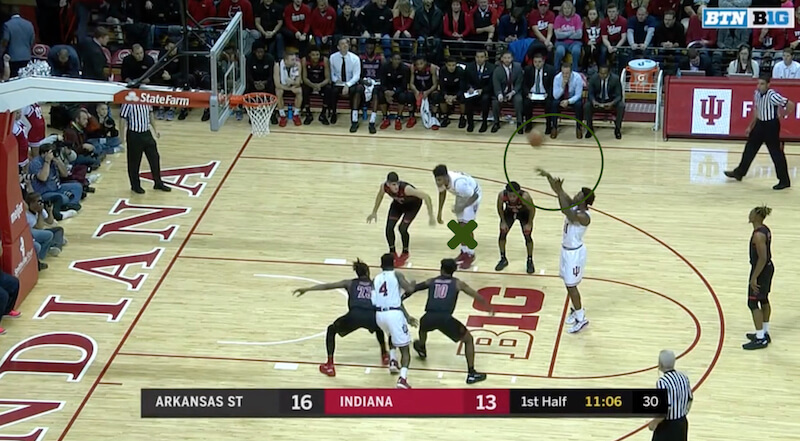 Morgan works to get interior position: 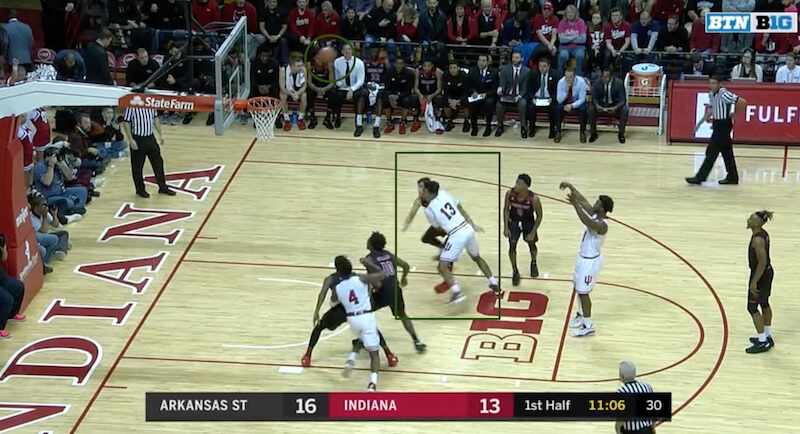 He does and corrals the rebound: 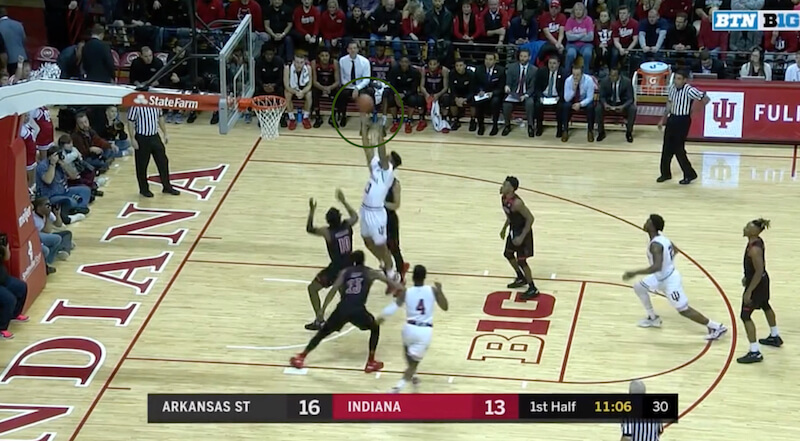 Morgan puts the ball on the deck and is met by another defender: 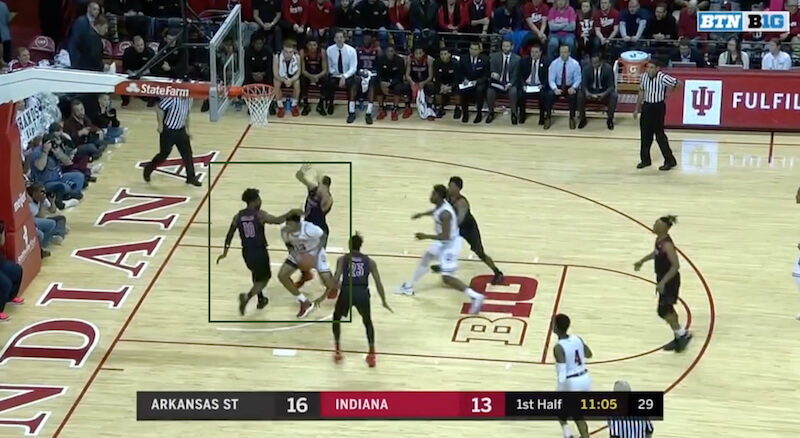 He is able to create some space and starts heading up for a shot: 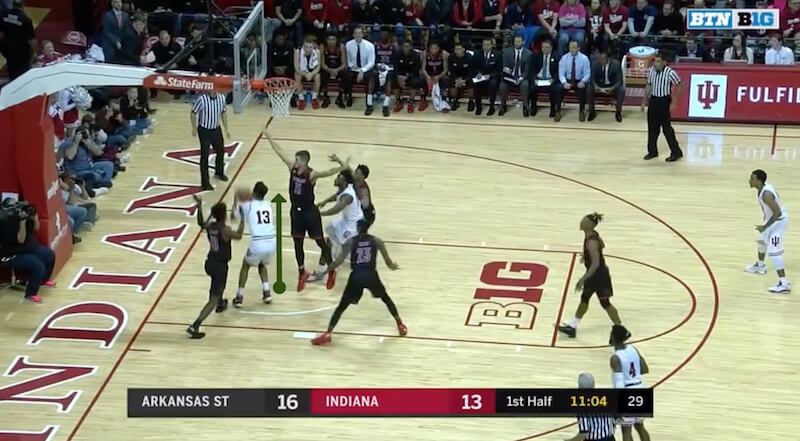 He does so and wraps around to score on the other side of the basket: 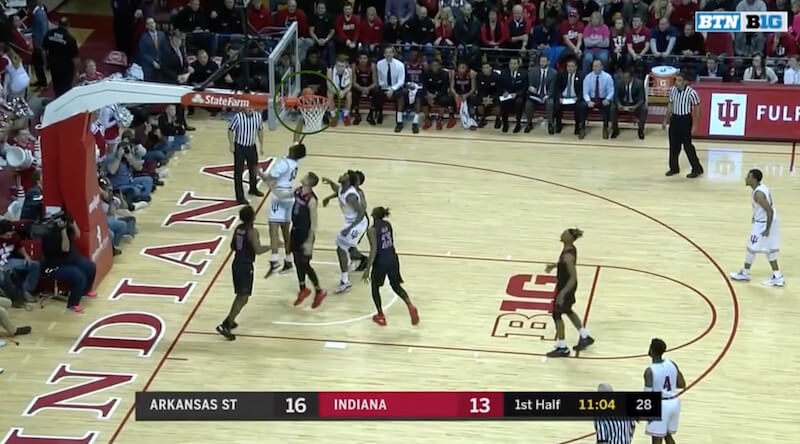 Morgan was fouled on the basket and completed the 3-point play. Strong work here by the junior to fight for position when he didn’t have the initial advantage.

Continue to page 2 to see a Morgan lob on an inbounds play: