We’ll take a look at four of his scores in the latest edition of Film Session:

Smith gets to the middle of Howard’s matchup zone and Al Durhman Jr. has space to thread in the pass: 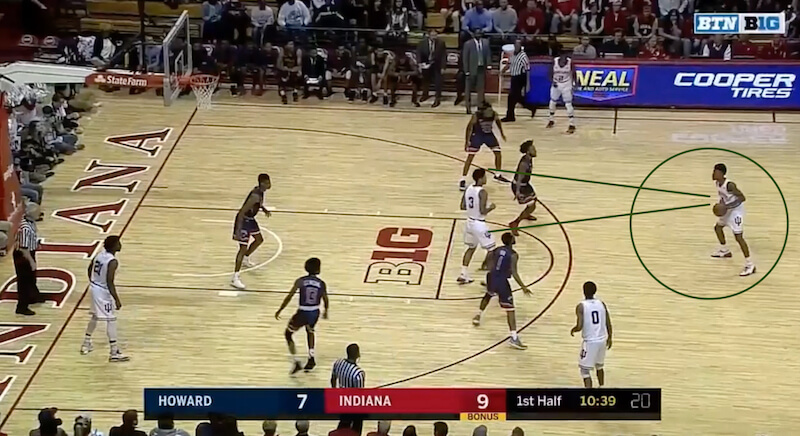 He passes it through and Smith has but one Howard defender between him and the rim: 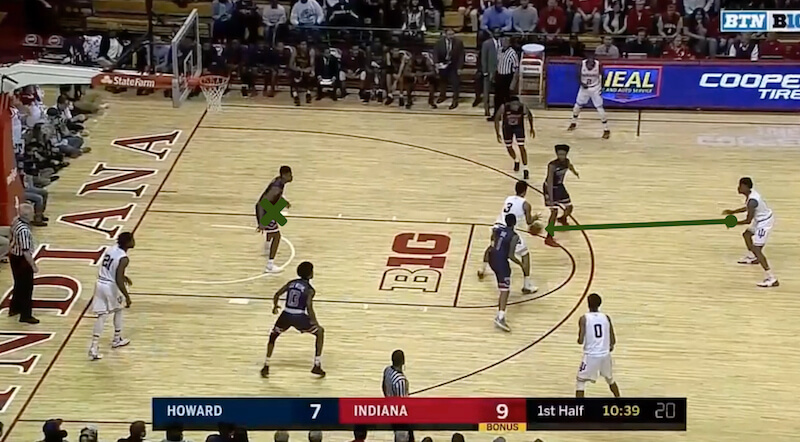 Smith takes it to him and jump stops: 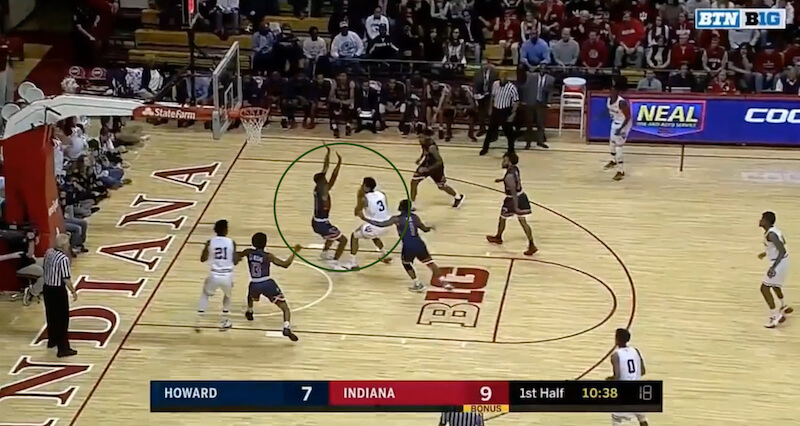 From there, he simply uses his size and length to rise up and put the shot up with control. It falls for two points: 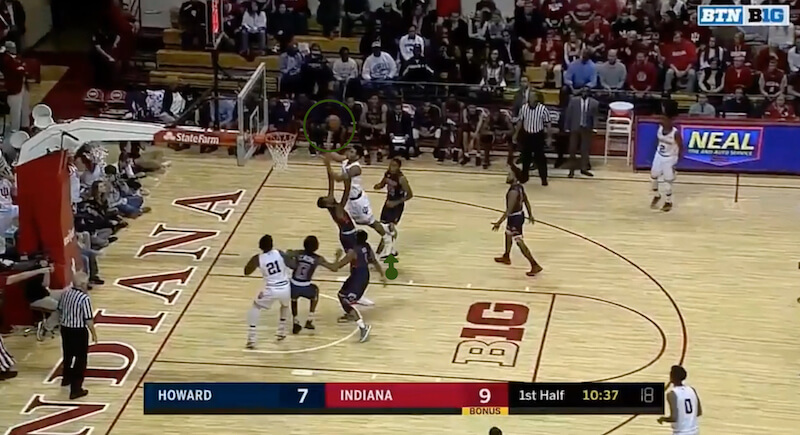 Simple, yet effective play from the Hoosiers against Howard’s zone.

Continue to page 2 for a look at Smith maneuvering along the baseline for a bucket: