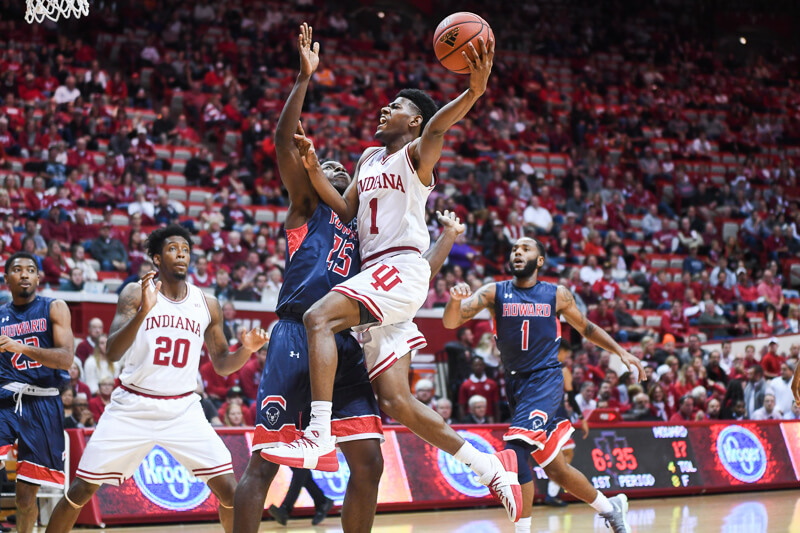 How it happened: It wasn’t pretty, but Indiana picked up its first win in the Archie Miller era on Sunday night in Simon Skjodt Assembly Hall. Coming off of Friday’s dismal 90-69 loss to Indiana State, Sunday’s game afforded Indiana one tuneup before Wednesday’s Gavitt Games tilt at Seton Hall. The Hoosiers let the Bison hang around for most of the first half, but never were seriously challenged in the game’s final 20 minutes. The bright spots for Indiana were Al Durham Jr., Justin Smith and De’Ron Davis, who all finished in double figures. If not for a woeful 12-of-29 free throw performance, the final score would have been much more decisive. In a season that is going to be measured by game-to-game progress and improvement, Sunday was a small step forward for a group still trying to feel its way through playing in a new system.

Standout performance: The two aforementioned freshmen, Durham Jr. and Smith, were arguably the two best Hoosiers on the floor in the win. Durham Jr. provided an offense spark in the first half and finished with 16 points on 5-of-9 shooting. Smith, meanwhile, posted a double-double with 16 points and 12 rebounds.

Statistic that stands out: After committing 19 turnovers in Friday’s season opener, Indiana trimmed the number to 12 on Sunday night for a turnover percentage of 16.