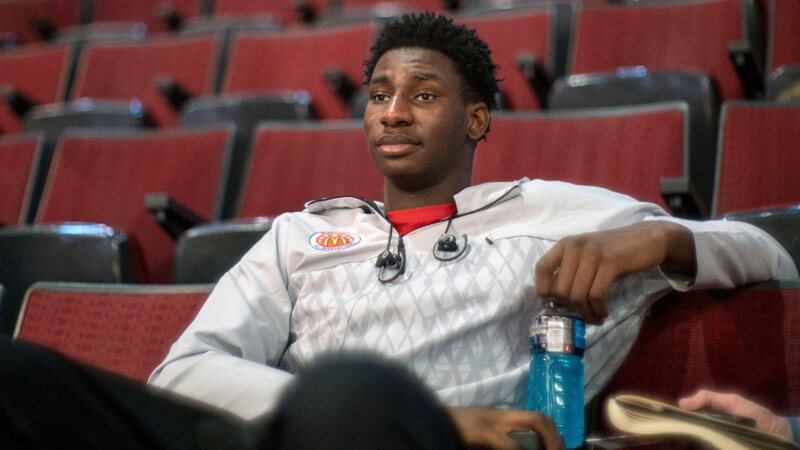 With a rearranged schedule and a wide open race behind consensus league favorite Michigan State, it should be a fascinating year in the Big Ten. The conference lost several key pieces to the NBA, including player of the year Caleb Swanigan.

In no particular order, here’s a look at five newcomers we expect to make an impact next season in the Big Ten:

· Jaren Jackson, Michigan State: How loaded are the Spartans? Jackson is a top ten recruit nationally who is listed as a potential lottery pick in the 2018 NBA draft and it’s no guarantee that he’ll be a starter. At 6-foot-10 with the ability to play multiple positions, Jackson is a special talent with NBA bloodlines. His father, Jaren Jackson Sr., played at Georgetown and for several NBA teams.

Ideally, Michigan State will pair Jackson with Miles Bridges and Nick Ward in a loaded frontcourt. Given that Jackson and Bridges are capable of playing on the perimeter or in the paint, it should allow Tom Izzo to play them together frequently and exploit teams who attempt to play smaller lineups.

· Mark Alstork, Illinois: One of two graduate transfers on our list, Alstork arrives in Champaign from Wright State, where he averaged 19 points last season. A native of Dayton, Ohio, Alstork began his career at Ball State before transferring to Wright State.

Although the Illini are projected to finish in the bottom half of the Big Ten as they transition from John Groce to Brad Underwood, Alstork will have an opportunity to put up big numbers. The Illini graduated Malcolm Hill and Tracy Abrams and also lost Jalen Coleman-Lands. leaving Alstork as the clear cut first option offensively.

· Jaaron Simmons, Michigan: Despite losing Derrick Walton Jr. to graduation, there’s plenty of optimism surrounding the Wolverines this fall. And Simmons is a big part of it. The graduate transfer comes to Ann Arbor via Ohio University, where he averaged 15.9 points and 6.5 assists per game last season.

While his efficiency numbers weren’t great – a 22 percent turnover rate and an offensive rating of 99.7 – Simmons was brought in by John Beilein to play a major role in the ball screen offense. Given that Michigan lost 80 percent of its ball screen production from last season’s Sweet Sixteen team, Simmons should have every opportunity to play a major role.

· Thomas Allen, Nebraska: After a coaching change at North Carolina State last spring, Allen reopened the process and had no shortage of suitors. Kansas, Xavier and Creighton all made a run at Allen, but the high level shooter opted for Nebraska, where he’ll get a chance to play major minutes right away.

The Cornhuskers aren’t expected to contend in the Big Ten, but after finishing last season as one of the league’s worst shooting teams, they should get a major lift from Allen. Brewster Academy coach Jason Smith called Allen the “best pure shooter we’ve ever had.” For a school that has churned out over 100 Division I players, that’s high praise.

· Isaiah Washington, Minnesota: Nate Mason is Minnesota’s starting point guard and one of the league’s five best players. But the Gophers now have a capable backup and a guy who can also play alongside Mason in Washington. The 6-foot point guard, who starred at St. Raymonds in the Bronx, is a YouTube sensation.

Washington will give the Gophers, projected as a top four team in the conference entering the season, another capable lead guard in the rotation. He’ll also take some of the ball handling workload off of Mason, who averaged a team-high 34.5 minutes per game last season.