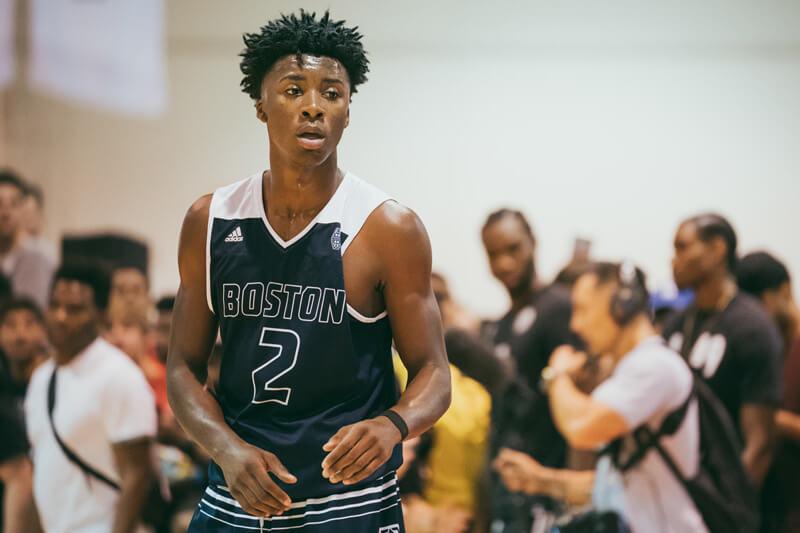 Indiana make the cut for Duke along with Florida, Providence, Villanova and Virginia Tech. The 6-foot-3 guard is the No. 48 player nationally, according to the 247Composite.

In July, Duke told Inside the Hall that his relationship with Archie Miller and assistant coach Bruiser Flint was a major reason he was considering the Hoosiers.

“They like my game and how hard I play on both sides of the ball,” he explained. “I definitely try to be aggressive – play hard defensively and be tough overall. It would be a good fit. I know Coach (Archie) Miller is a good coach and Coach (Bruiser) Flint is, too.”

The combo guard averaged nine points, 3.6 rebounds, and 3.2 assists per game this year on the adidas Gauntlet circuit for Mass Rivals.

In an interview with Rivals.com, Duke explained Indiana’s inclusion on his final list:

“Coach (Archie) Miller has been in touch a lot as well as Coach (Bruiser) Flint and they have both told me that I would fit into their system. They are a great school and Coach Miller has a great record of recruiting over last couple of years.”

Indiana already has two players committed in the class of 2018 – Damezi Anderson and Jerome Hunter. Race Thompson, originally a member of the 2018 class, moved to the 2017 class and will join the program next season as a redshirt.