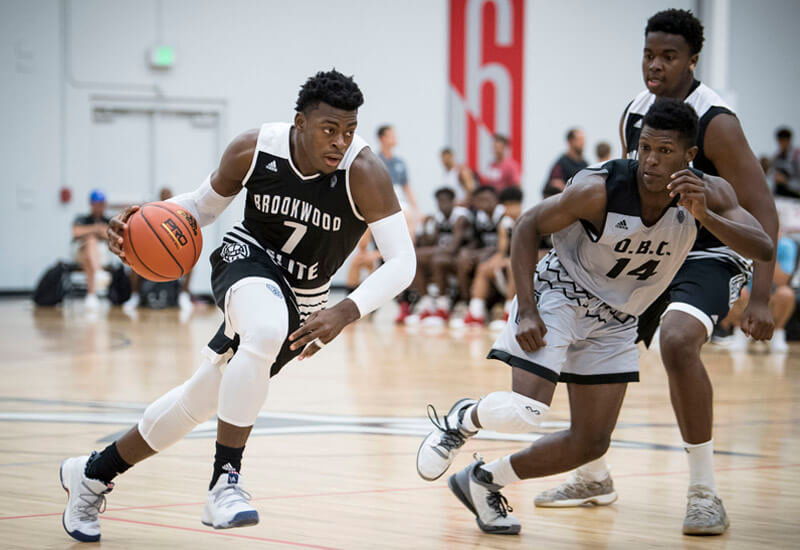 Dort is the No. 31 prospect nationally according to the 247Composite and is a native of Montreal.

He played his junior season at The Conrad Academy in Florida before transferring to the Athlete Institute Basketball Academy for his final season.

The 6-foot-5, 220 pound guard played for Team Canada at adidas Nations in Houston over the week and also participated in the adidas Eurocamp and the NBPA Top 100 Camp this summer.

In a free story over at Rivals.com, here’s what Dort had to say about each of his six finalists:

Baylor: “Scott Drew gave me my first offer. They have been with me for a long time.

Oregon: “They have a really good Canadian connection. They play fast which is something that I really like.”

Miami: “It is another system that I like with the pick-and-roll. They have a lot of good players that like to play fast.

“Bruce Brown is kind of like me and is doing great over there. I just feel like I have a chance if I go there.”

Indiana: “I just really like the coaching staff and the way that they are recruiting me right now. I haven’t been there and haven’t watched them play but I have a really good relationship with the coaches.”

Michigan State: “It is a great program. We have all heard about that. I like the way that they play together. Tom Izzo just knows how to make pros.”

Arizona State: “Bobby Hurley is one of the great point guards that played the game. I feel like if I were to go there, I would really learn a lot about the point guard position.”