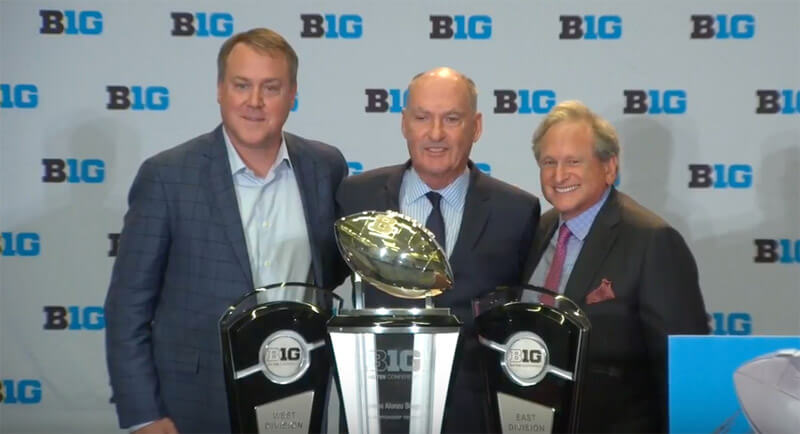 In addition, Delany also announced that the Big Ten and BTN have extended their partnership through 2032.

The announcement from Delany came at Big Ten football media days in Chicago.

Jim Delany makes it official (finally): We have struck six-year deals with CBS in basketball and Fox and ESPN in football.

The deal with CBS is for six years and is basketball only. The agreements with Fox and ESPN are for football, basketball and other Olympic sports, according to Delany.

ESPN’s Burke Magnus and Larry Jones of Fox Sports both spoke about the deals at the podium in Chicago.

BTN President Mark Silverman also announced the availability of BTN on both Hulu and YouTube TV.

Mark Silverman confirms that BTN will be on both Hulu and YouTube TV's new streaming service.

The Big Ten Network will celebrate its 10-year anniversary next month.