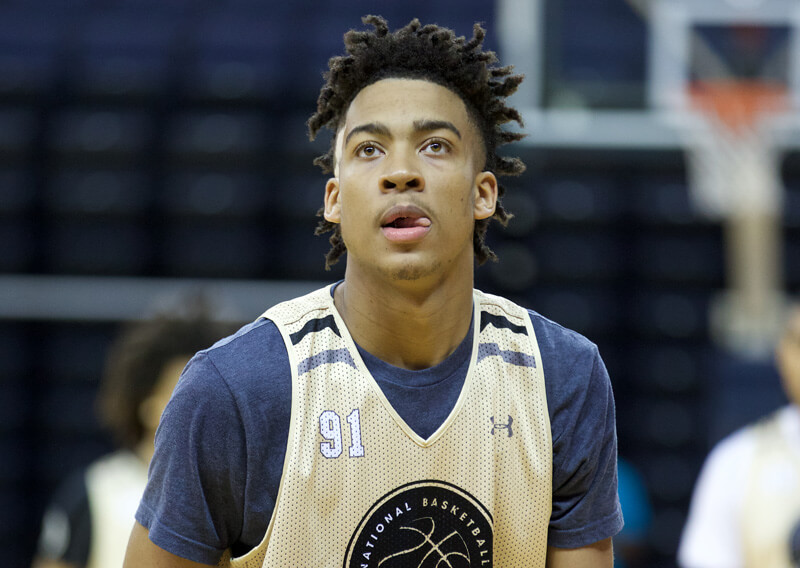 One of the most prestigious national events took place last week at the University of Virginia – the annual NBPA Top 100 Camp. Several Indiana recruiting targets were in attendance from both the 2018 and 2019 classes.

Here’s a recap of how each of IU’s recruiting targets in the class of 2018 performed at the camp. (Special thanks to Open Analytics for several advanced statistics referenced in this story.)

· Race Thompson, Rockets: His numbers aren’t eye-popping, but Thompson was very efficient in Charlottesville. He averaged 5.8 points, 2.4 rebounds and 1.4 steals for the Rockets, who went 9-0.

Thompson had a team-high offensive rating of 142, posted an effective field goal percentage of 62.2 and had a turnover rate of just 5.5 percent. He also made 68 percent of his 2s.

· Jerome Hunter, Lakers: It wasn’t a great week statistically for Hunter, who shot just 42.1 percent on 2s and 15 percent on 3s. His offensive rating (91.1) was the lowest on his team.

He finished the camp with averages of 4.4 points, 1.7 rebounds and 1.1 assists per game.

· Eric Ayala, Knicks: The Putnam Science Academy guard, who is still considering a move up to the class of 2017, averaged 5.3 points, two assists and 1.8 rebounds in seven games.

His effective field goal percentage of 44.1 was one of the lower numbers on his team.

· Kofi Cockburn, Warriors: Cockburn, a native of Jamaica who recently added an offer from Indiana, was strong on the boards with a defensive rebounding percentage of 18.3.

· Keion Brooks, Warriors: Brooks, one of the top priorities for the IU coaching staff in the 2019 class, was terrific in Charlottesville. His offensive rating of 126.3 was the best on his team and he shot 55.9 percent on 2s and 50 percent on 3s.

Brooks, a five-star prospect, averaged 7.9 and 1.6 rebounds per game.

· Brandon Johns, Bulls: Things have been heating up between Indiana and Johns, who recently visited Bloomington and received a scholarship offer.

His efficiency wasn’t great (97.5 offensive rating), but he did hit 69.7 percent of 2s. The low offensive rating was primarily due to poor 3-point shooting (16.7 percent) and a high turnover rate (23.3 percent).

· Trendon Watford, 76ers: Watford, who added an IU offer earlier in the spring, averaged 9.3 points, 4.5 rebounds and 1.5 assists per game.