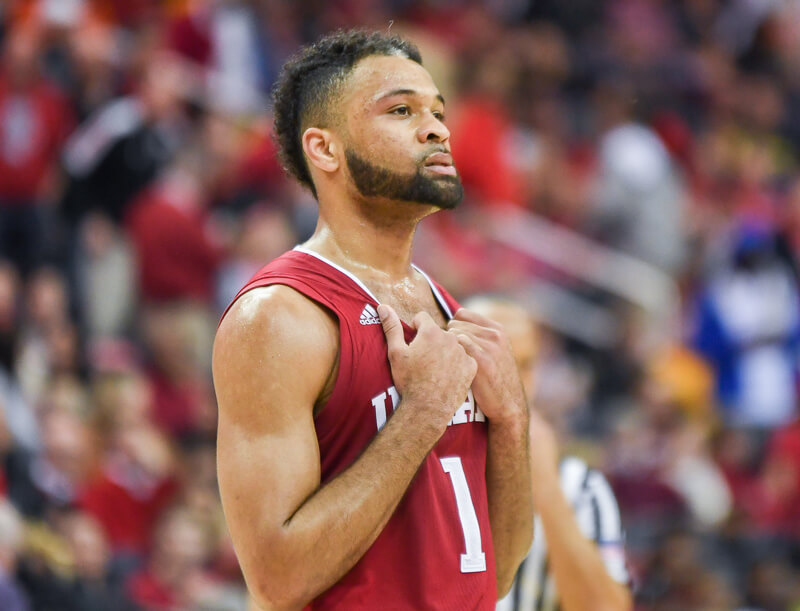 ATLANTA – Quick thoughts on a 75-63 loss to Georgia Tech:

How it happened: A little more than seven minutes into Tuesday’s National Invitational Tournament matchup at McCamish Pavilion, it appeared that Georgia Tech would run Indiana out of the building. The Yellow Jackets were moving the ball, playing an effective 2-3 zone and had built a 19-6 lead. But the Hoosiers didn’t cave in. Indiana stormed back to tie the game at 24 with 4:19 to go in the first half on a James Blackmon Jr. layup. That momentum was short lived. Indiana went into the locker room trailing by seven at the half on just .76 points per possession. It was another instance of a defense-first team giving the Hoosiers fits. Indiana did grab a lead – by two – on a Juwan Morgan free throw with 15:54 to play. But this was a game Georgia Tech controlled throughout. It didn’t take the Yellow Jackets long to regain control and they led for the final 15:31 of the contest. Georgia Tech was the more engaged and aggressive team all evening, which is what matters in a secondary tournament like the NIT. Indiana’s once promising season is over. The Hoosiers finish up at 18-16 and at this point, there are far more questions about the program’s future than answers.

Standout performer: Sophomore forward Juwan Morgan, who played much better in recent weeks to close out the season, finished with 14 points and six rebounds.

Statistic that stands out: Indiana’s offense, which entered the game ranked 27th nationally in adjusted efficiency according to Ken Pomeroy, scored just .90 points per possession.