In Indiana’s blowout victory against Iowa on Thursday night in the Big Ten Tournament, James Blackmon Jr. had one of his better all around games as a Hoosier.

The junior turned it up in the second half both before and during the stretch Indiana built its lead en route to the blowout.

We’ll take a look at a variety of ways Blackmon Jr. impacted the ball game in the latest edition of Film Session:

On the defensive end, Blackmon Jr. is tasked with Cordell Pemsl on the right block after an entry pass from Jordan Bohannon: 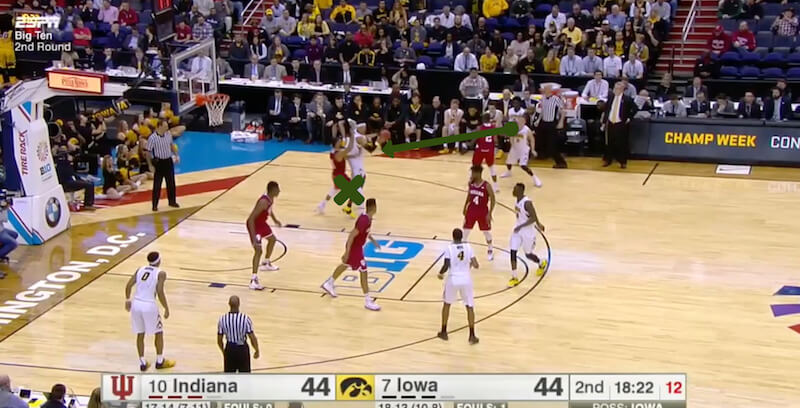 Blackmon Jr. holds his ground and leads Pemsl into Thomas Bryant. Bryant blocks his shot, one of his five on the evening: 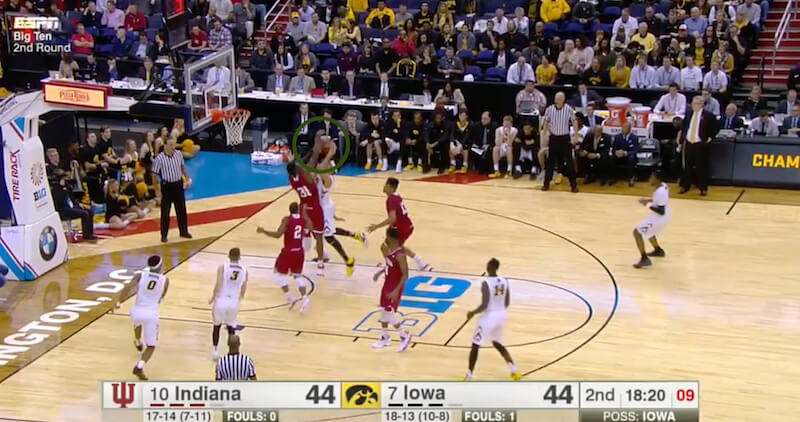 Josh Newkirk comes up with the ball after the block: 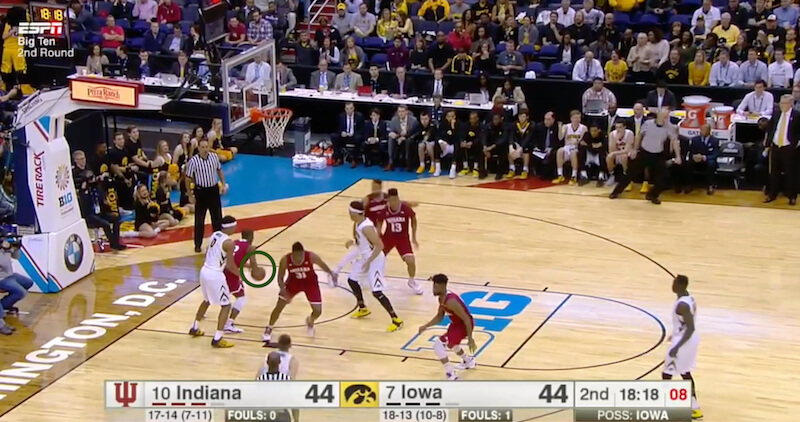 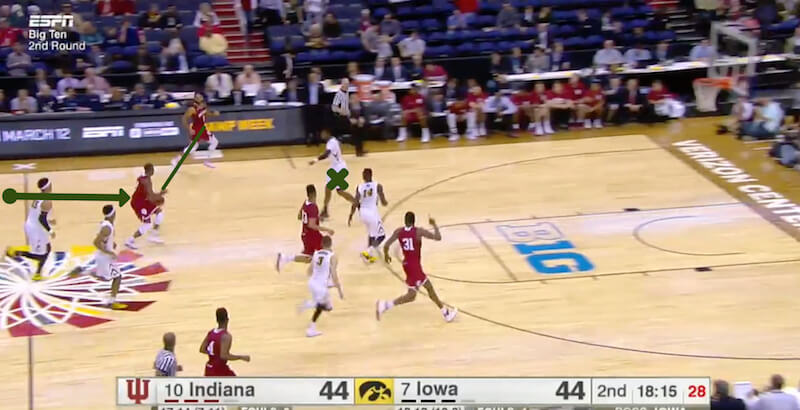 Blackmon Jr. catches and sets up well beyond the 3-point line, which gives him some space from Moss:

He rises from deep and knocks down the triple with Moss still on the ground: 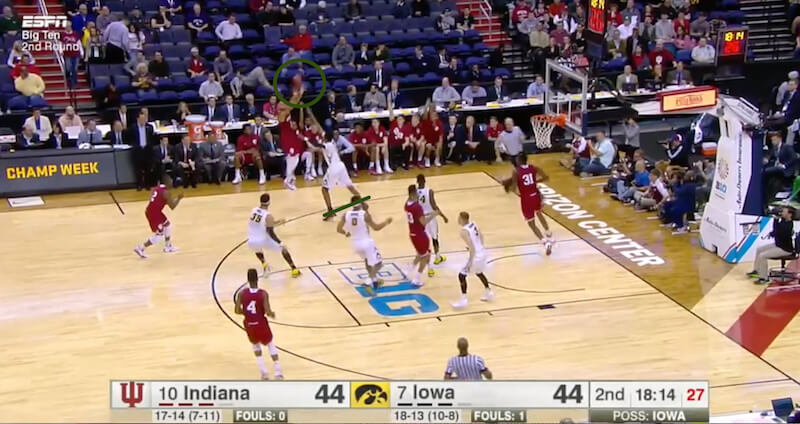 Nice D from Blackmon Jr. followed by hustle to find his shot on the break.