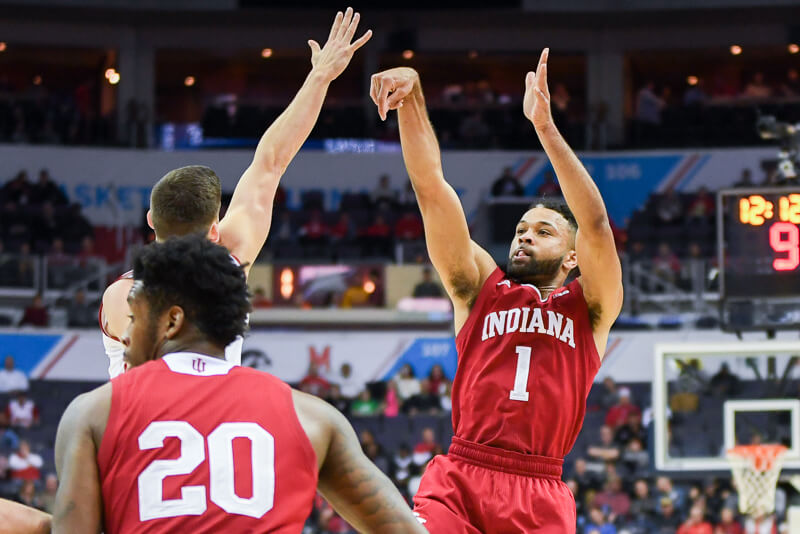 WASHINGTON – Quick thoughts on a 70-60 loss to Wisconsin:

How it happened: Early on, it appeared Indiana would give Wisconsin a battle in Friday’s quarterfinals of the Big Ten tournament. James Blackmon Jr. and Robert Johnson both came out hitting from the perimeter as the duo hit all four of IU’s first half 3-pointers in the first seven minutes. Nigel Hayes picked up two fouls in the game’s first four minutes. By the 7:59 mark of the first half, the Hoosiers led 22-19 on a Juwan Morgan layup. But as it always does against Indiana, Wisconsin found its footing and mounted a run. The Badgers outscored Indiana 14-5 over the final eight minutes of the first half to grab a 33-27 halftime lead. It only got worse from there. Indiana was within nine at 51-42 on a Thomas Bryant free throw with 8:55 to play, but the Badgers answered with back-to-back 3-pointers to push the lead to 15. Indiana never got closer than four the rest of the evening. The loss dropped Indiana to 18-15 overall, 4-9 in the Big Ten tournament under Tom Crean and 2-16 against Wisconsin under Crean. With the NCAA tournament out of the question, the Hoosiers will await their NIT fate late Sunday night.

Standout performer: Johnson finished with 13 points (5-of-13) and seven rebounds in 36 minutes. Blackmon Jr. had 17 points, on 7-of-12 shooting, and eight rebounds in 34 minutes.

Statistic that stands out: As noted in this morning’s “what to watch for” piece, Wisconsin’s 2-point field goal defense is one of the Big Ten’s best. And that was the case on Friday night as Indiana shot just 41.1 percent on 2s.