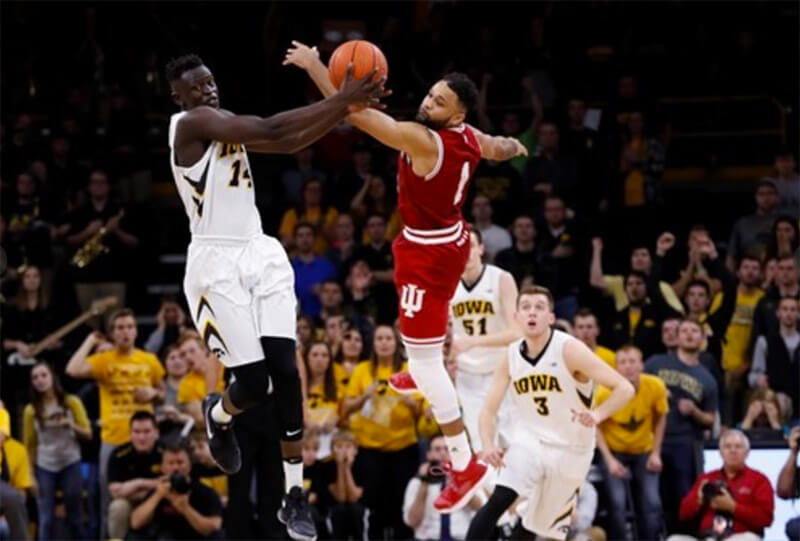 The Big Ten regular season schedule is complete and Indiana is the No. 10 seed in this year’s conference tournament at the Verizon Center in Washington, D.C.

Indiana finished in a tie with Ohio State for 10th place in the conference standings, but won the tiebreaker for tournament seeding because of Saturday’s 96-92 win in Columbus.

The Hoosiers will open the Big Ten tournament on Thursday, March 9 at 6:30 p.m. ET on ESPN2 against the No. 7 seed, Iowa. The Hawkeyes won the only regular season meeting with Indiana, 96-90 in overtime on Feb. 21 in Iowa City.

The Indiana-Iowa winner will face No. 2 seed Wisconsin in the tournament quarterfinals on Friday, March 10 at 6:30 p.m. ET on BTN.

The full 2017 Big Ten tournament bracket is available below: 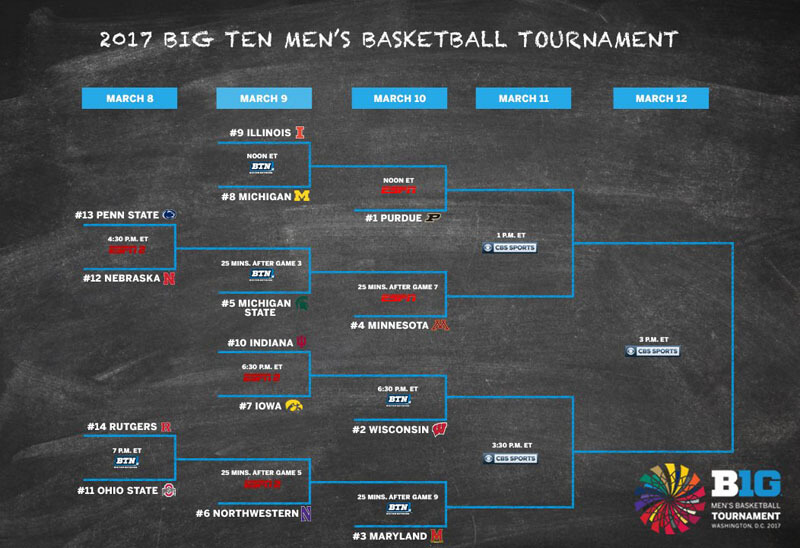