In Indiana’s narrow loss to the Golden Gophers on Wednesday night, the Hoosiers trailed for the first 10 minutes of the second half before taking the lead and holding onto it until the last minute of the contest.

We’ll look at how Minnesota built an advantage early in the half — and how James Blackmon Jr. aided the Hoosiers during their lead — in the latest edition of Film Session:

After a Josh Newkirk make, Nate Mason gets the ball on the inbounds: 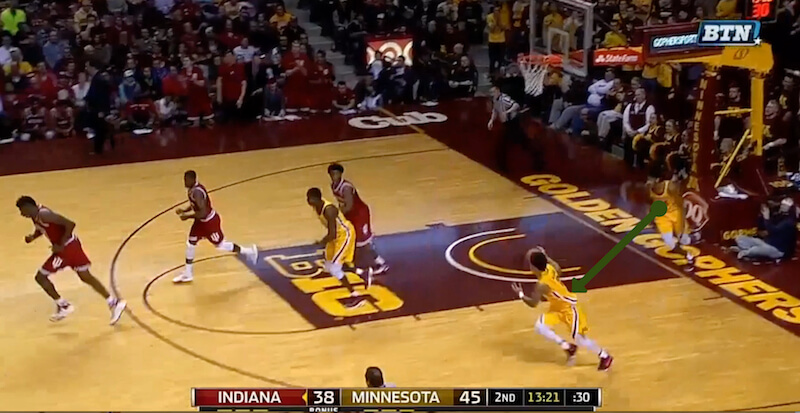 We can already see this one taking shape. Amir Coffey is streaking down the right side of the court unchecked. De’Ron Davis points it out:

Mason threads a slick pass between Thomas Bryant and Zach McRoberts to Coffey: 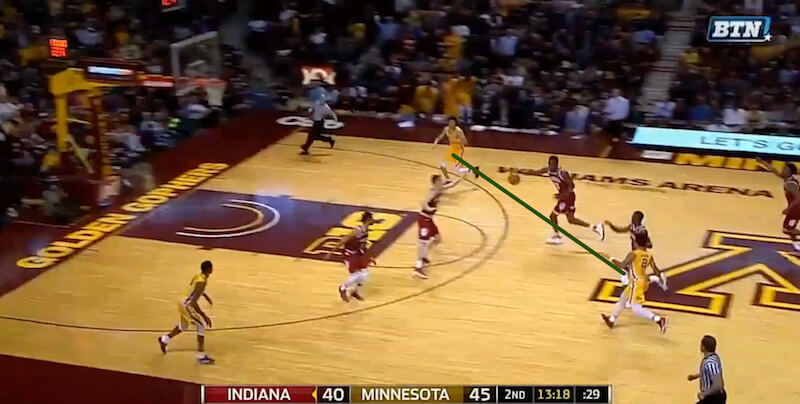 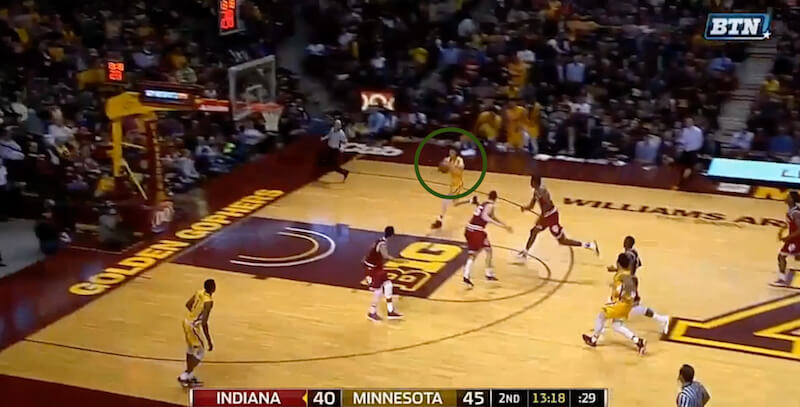 And scores at the basket for two points to put Minnesota up seven: 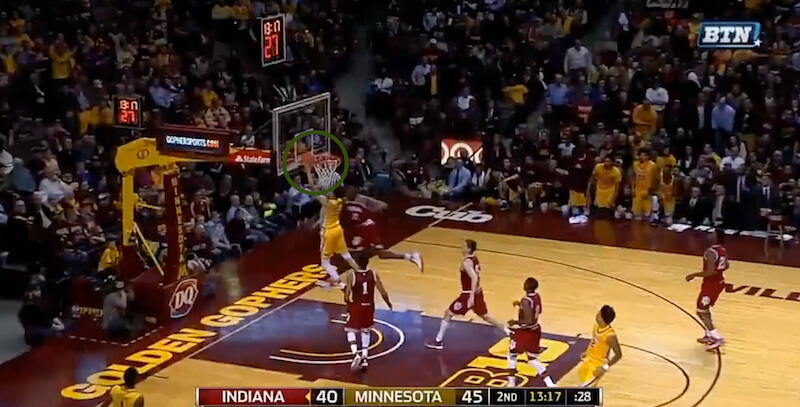 Indiana typically likes to get out and run off of a make, but this was an example of Minnesota doing just that: