After the Hoosiers went down 22-10 at the 8:34 mark in the first half in Sunday’s loss at Wisconsin, they turned it up on offense with an immediate 8-0 run. The scoring burst was a part of a 14-5 run to end the half and pulled Indiana within three (27-24).

We’ll take a look at four scores from this stretch in the latest edition of Film Session:

Thomas Bryant grabs a defensive board and he outlets to Robert Johnson: 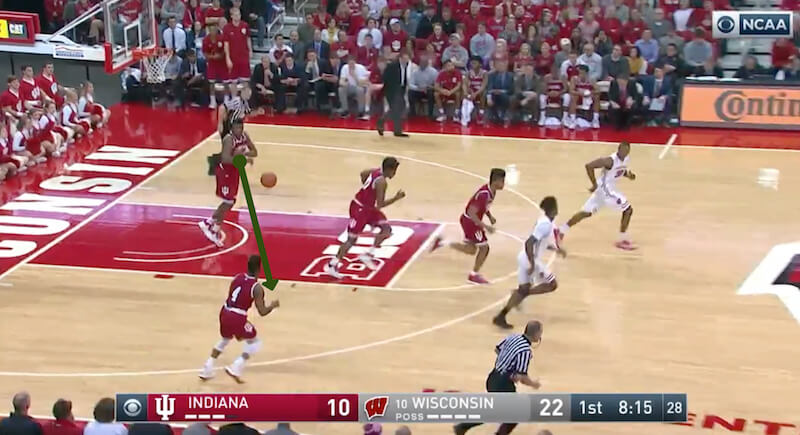 Johnson dribbles down to the right wing as Bryant sets up for a ball screen on Zak Showalter: 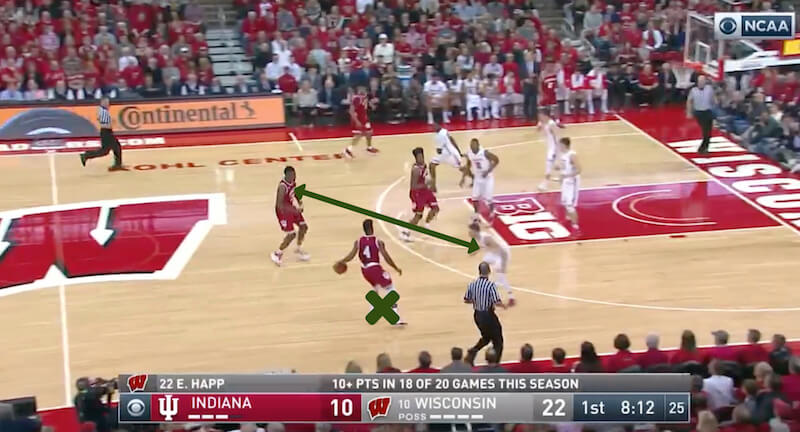 As Johnson dribbles left around Bryant, Ethan Happ is in the paint and not near the action: 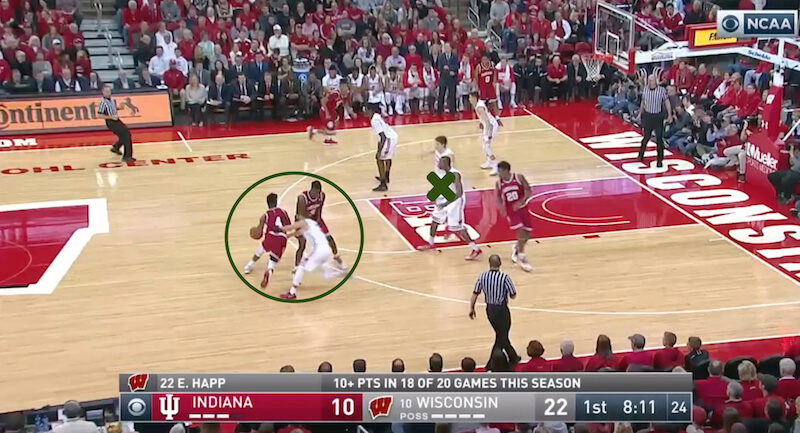 This leaves room for Bryant. As Happ comes up to stop Johnson’s drive, Johnson kicks it back to Bryant on the right wing: 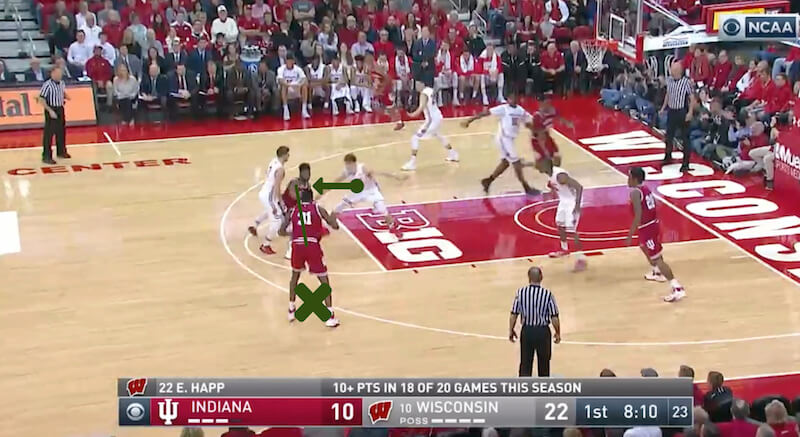 He rises and hits with plenty of room to pull Indiana back within single digits: 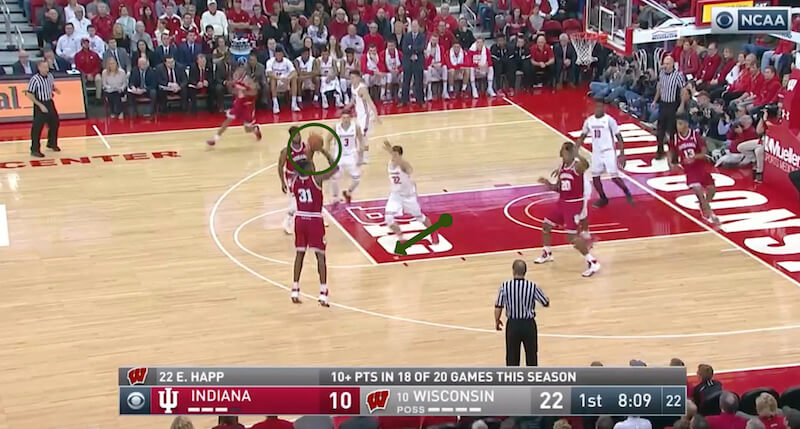