During the middle of the first half in Indiana’s loss to Northwestern on Sunday night, the Hoosiers had a stretch of seven turnovers in just 3:23 of game clock. It was the point in the game where Northwestern grabbed a hold and never gave it back up to the Hoosiers.

We’ll take a look at two of those turnovers that turned into points for the Wildcats — as well as two Thomas Bryant scores — in the latest edition of Film Session:

With Indiana trailing by just two, Robert Johnson looks to inbound the ball. Devonte Green cuts in off the perimeter. Thomas Bryant cuts out to the left wing: 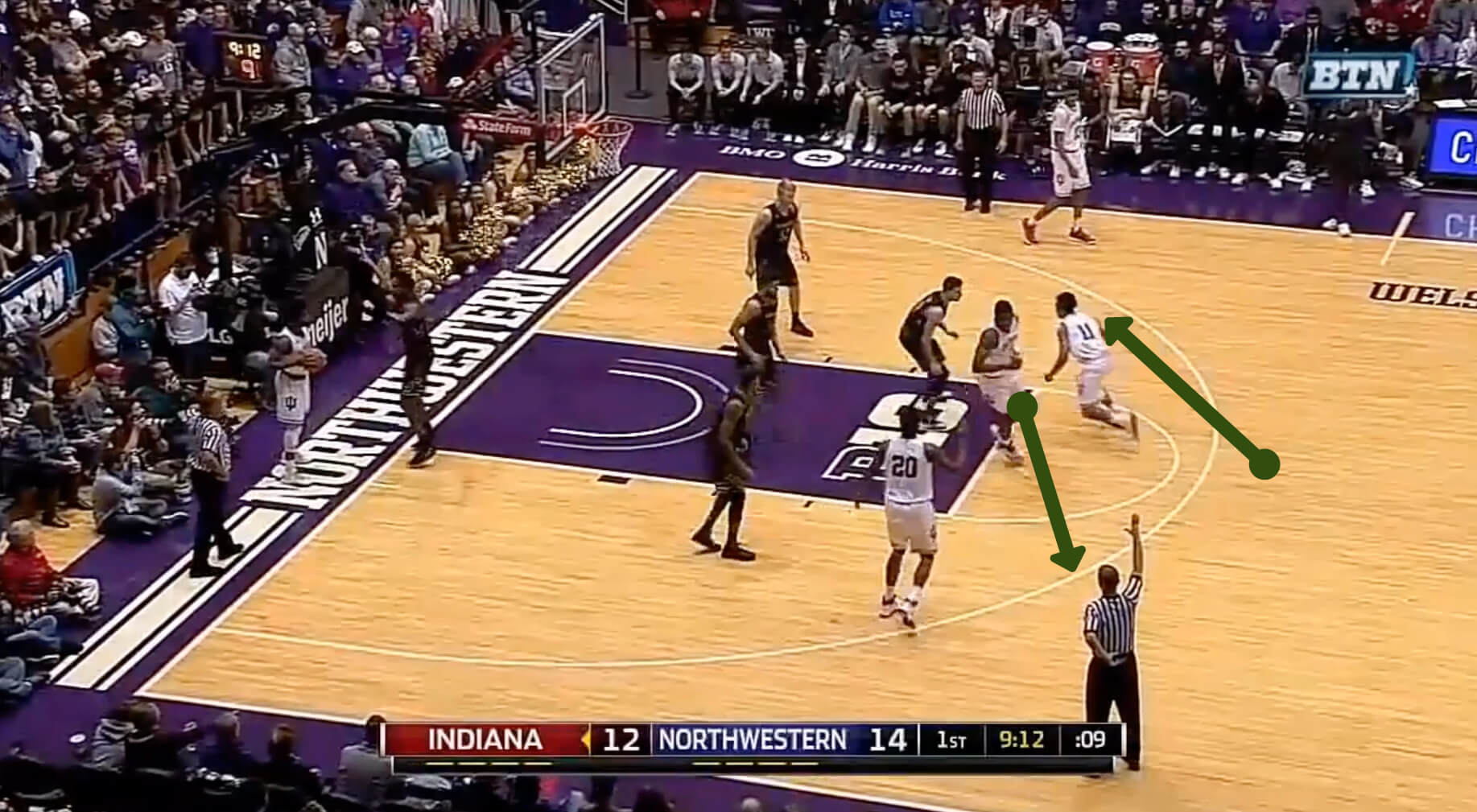 Johnson makes the pass to Bryant as Sanjay Lumpkin lingers: 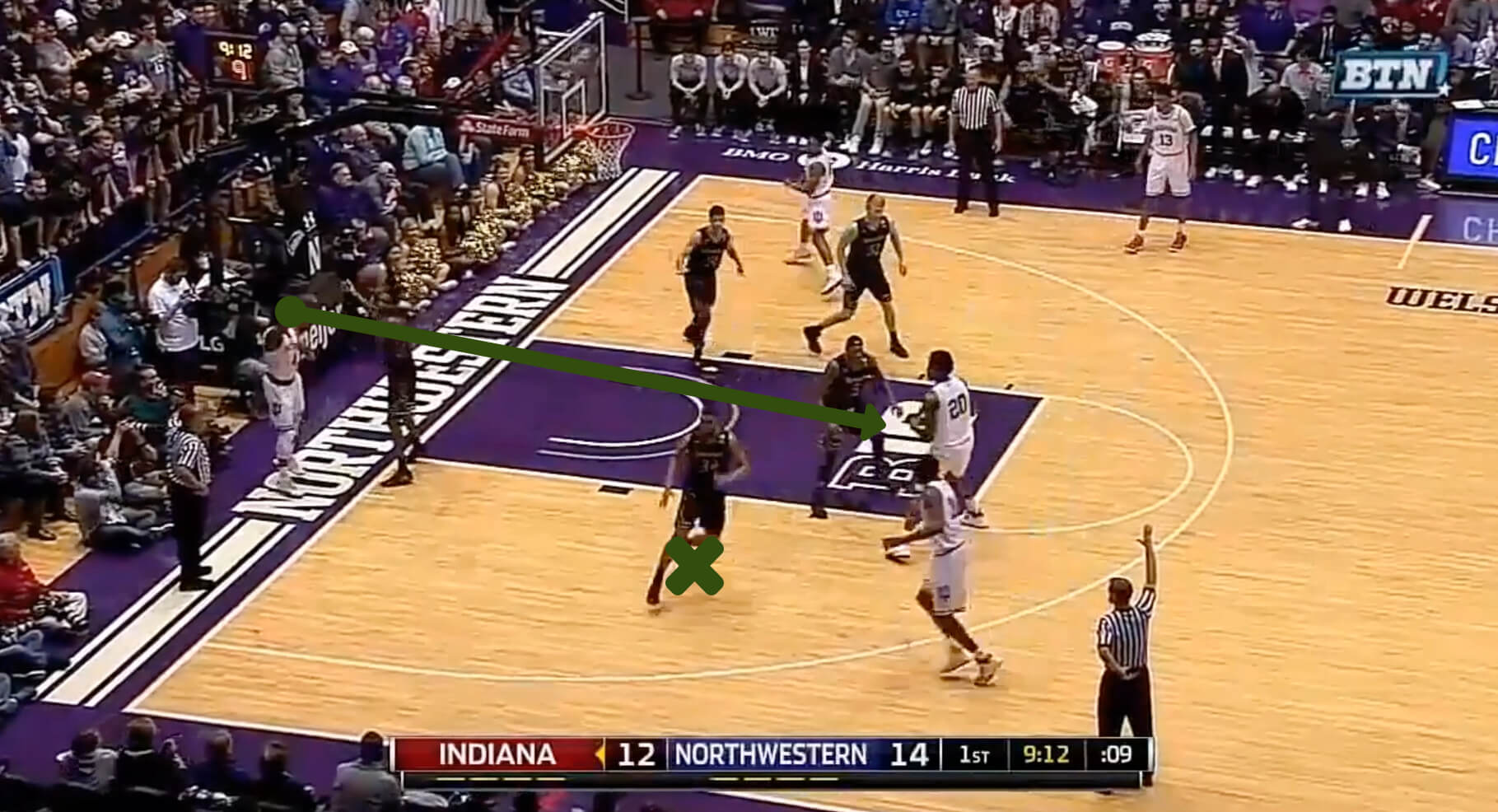 Johnson’s pass falls a little short of Bryant. Lumpkin plays it perfect. He sees Bryant reaching forward for the ball and so he puts his hands up and make contact with the ball: 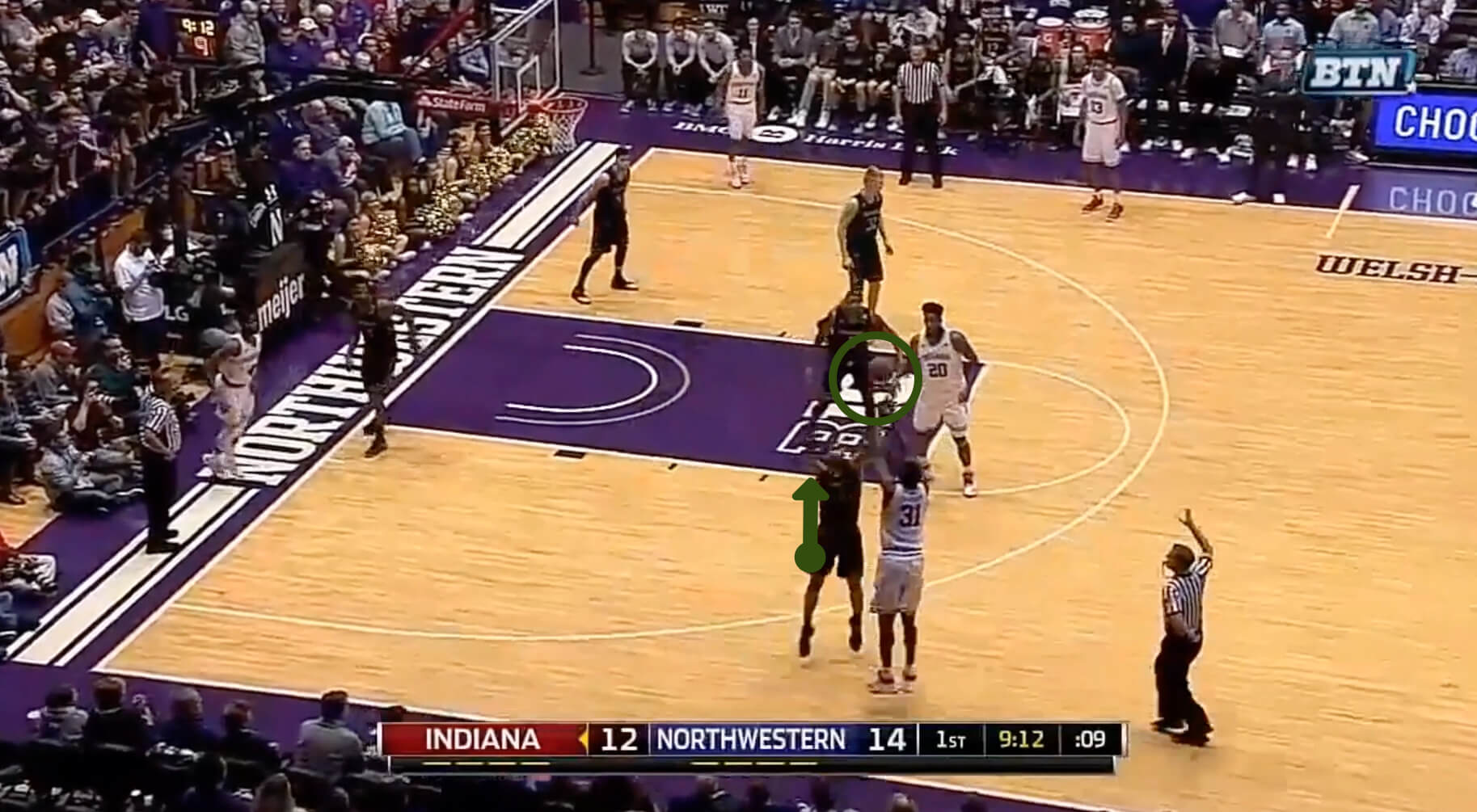 With the ball loose, Lumpkin out reaches Bryant and pokes the ball ahead: 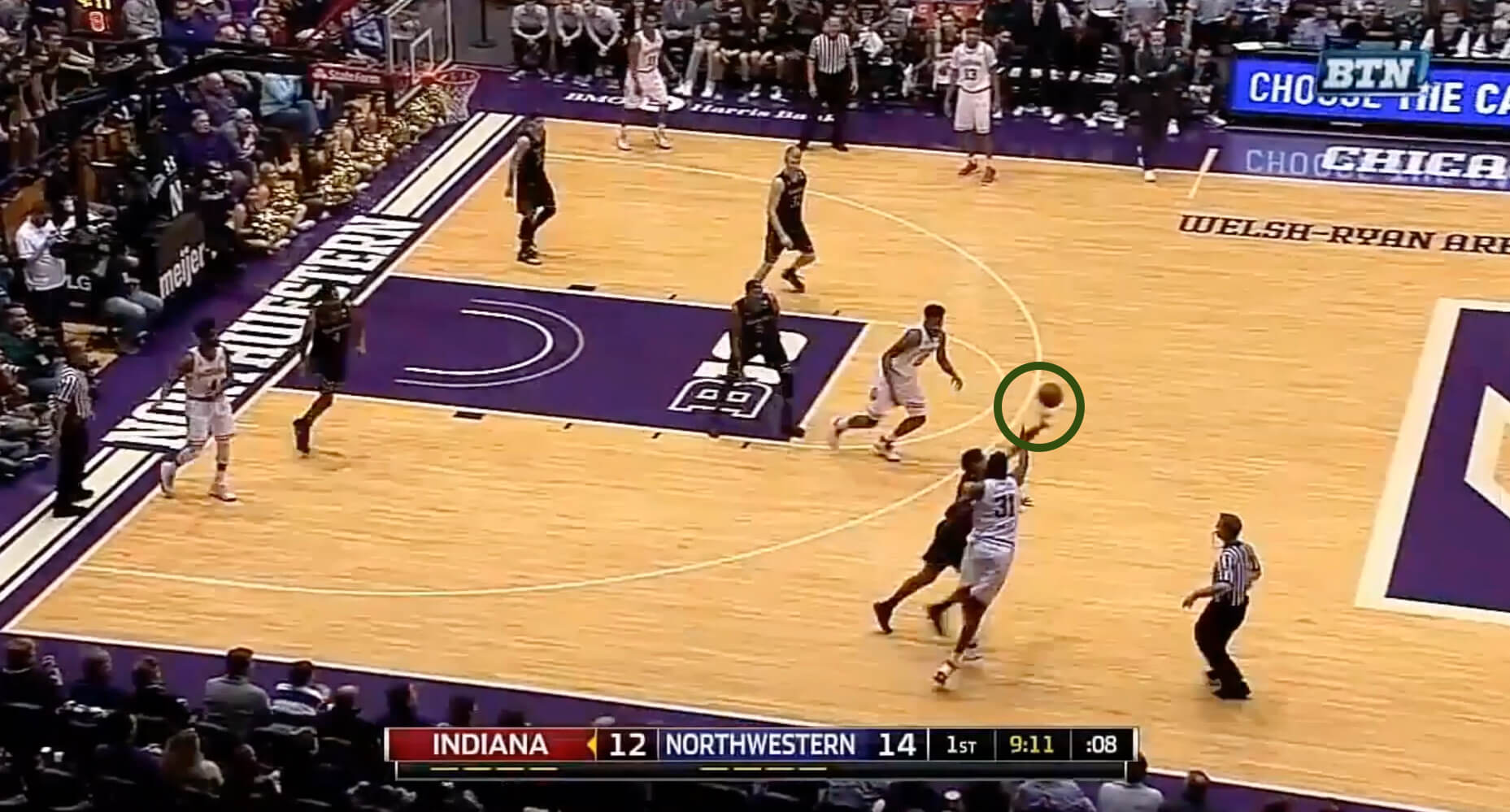 He has control over the timeline: 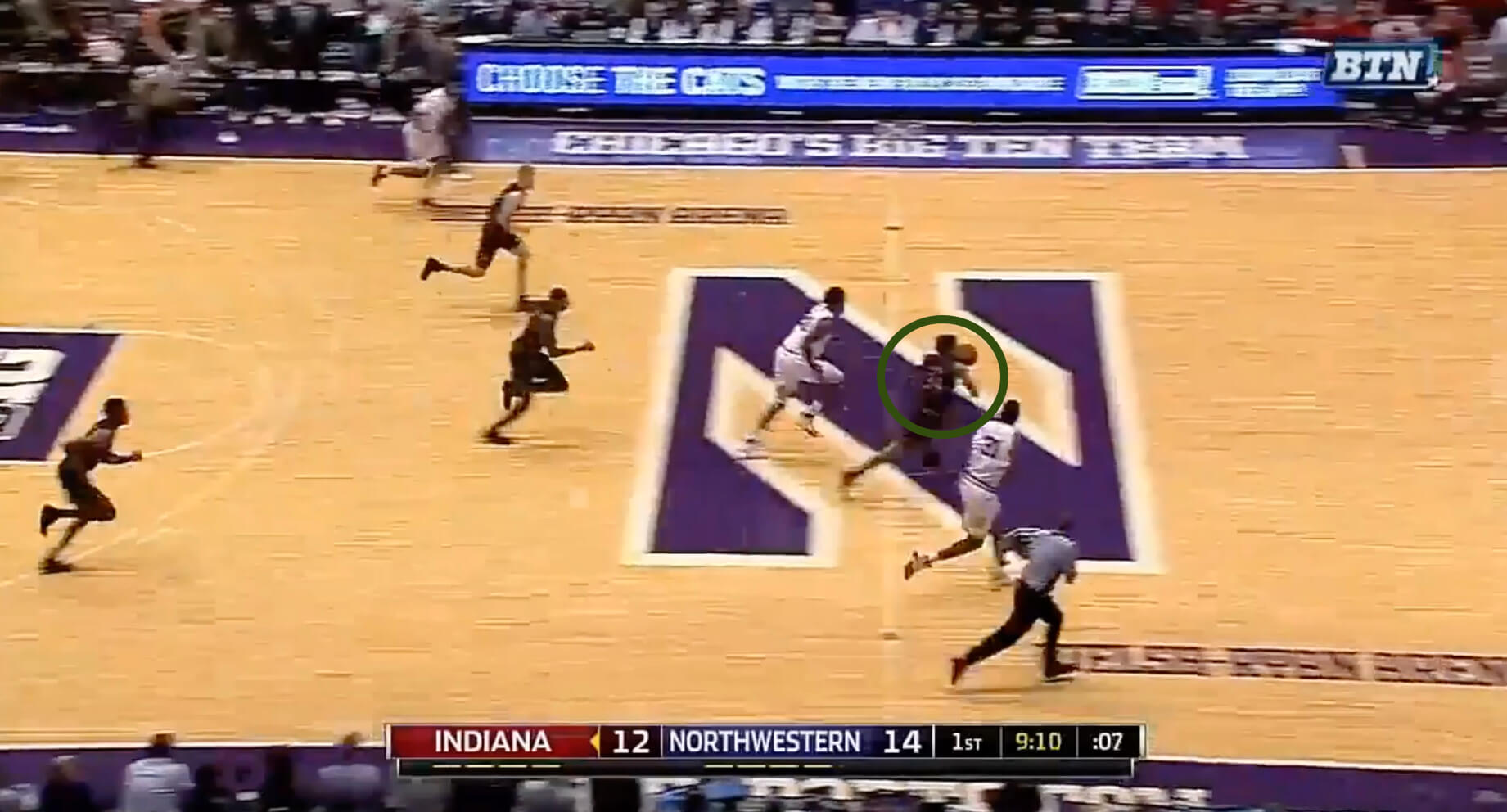 And dunks it home to put the Wildcats up four: 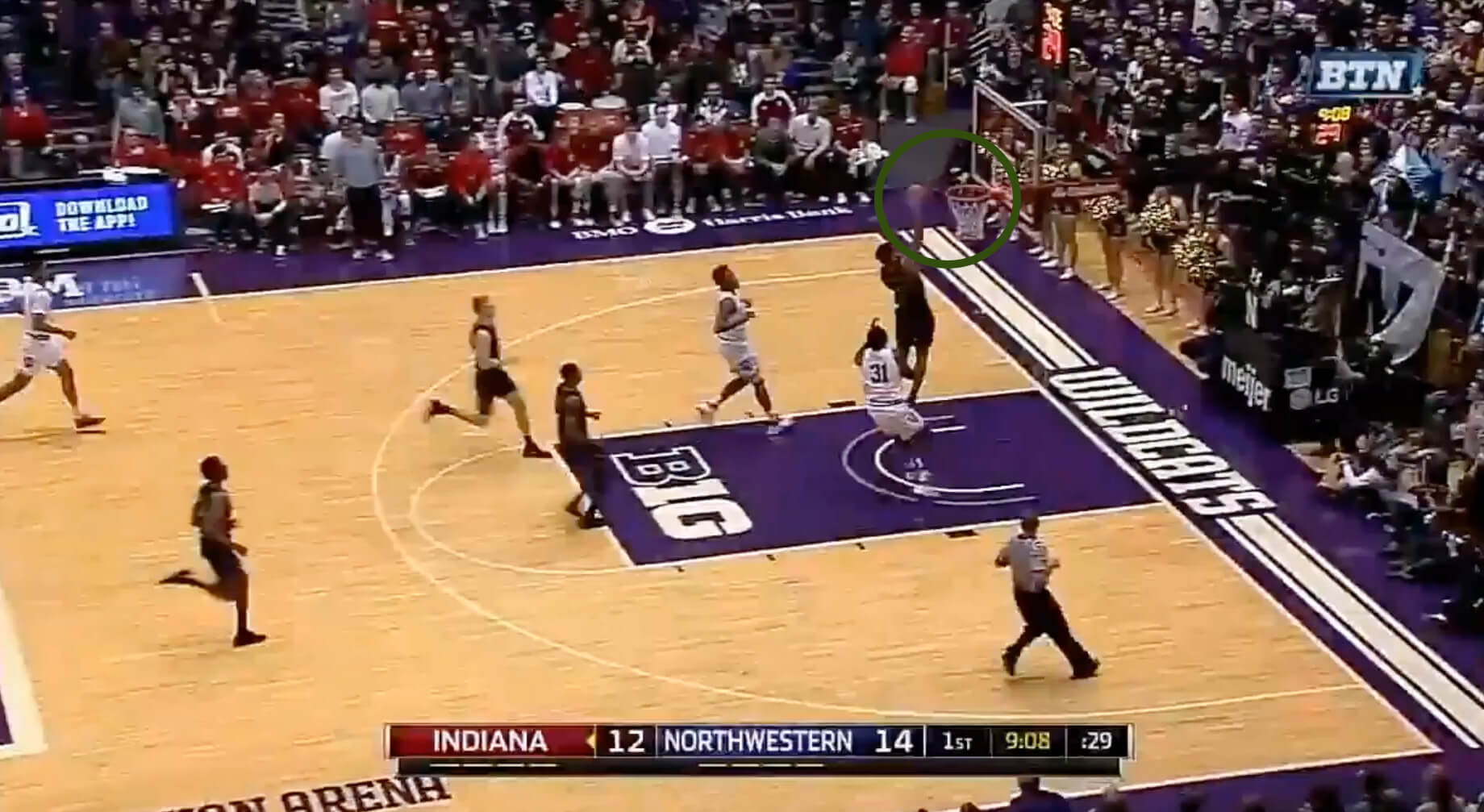