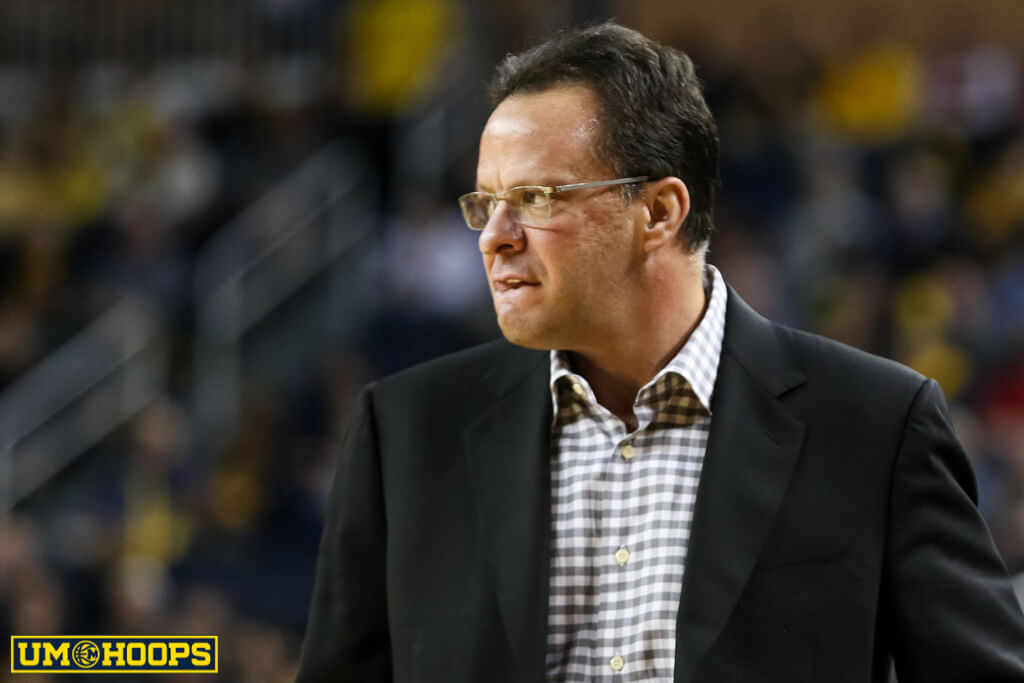 For as much good will as the Hoosiers built up over their three-game winning streak leading into this one, the reality remained clear: This team is still prone to wide variances in performance. You never quite know what you’re going to get game to game.

Tonight, Hoosiers fans were subject to this team at their worst, the first half a microcosm of this season’s ills. Indiana shot a blistering 70 eFG%, hitting 5-of-8 from distance and scored a respectable 1.13 points per possession. You’ll take that on the road any night in Big Ten play.

But it didn’t matter. Because the Hoosiers still trailed by 15 at half. How?

Well, because they coughed up the ball on 25.9 percent of their possessions in the first half, leading to 18 points off turnovers for the Wolverines. And their defense was abysmal. The Hoosiers allowed a ton of open 3-pointers that Michigan converted. The Wolverines cut and moved the ball with ease for buckets. Michigan went for 1.62 points per possession.

Great scoring, too many turnovers, poor defense. These are your 2016-2017 Indiana Hoosiers.

The second half didn’t bring much better results. Michigan finished the night 11-of-20 from distance and ended at 1.54 points per possession. Indiana continued to turn the ball over (final TO% of 27.3) and Michigan racked up another 10 points off turnovers for a total of 28. And as the game got out of hand, Indiana’s offense sputtered, finishing just a touch above a point per possession (1.02). James Blackmon Jr. took just three shots in 33 minutes and none of them came from distance.

The effort and energy just wasn’t there in the Crisler Center tonight, a venue the Hoosiers have played well in before and that had a sparse crowd this evening.

To put this woeful loss in perspective: This was Michigan’s biggest win in conference since 2006. This was the third worst loss of the Tom Crean era in conference play and not far off from its worst. It was Indiana’s worst defensive performance of the season, even worse than its performance against Duke last season (1.52 points per possession). According to John Gasaway, it was the eighth most points per possession scored by a major conference team in league play since 2006.

With each loss in the Big Ten, the wins against Kansas and North Carolina feel like a distant dream. The team filled with pride and full of swagger on the court in Hawaii after the Kansas win, the one that had the talent to play with any team in the country, just isn’t there anymore. And it’s to the point in the season where it’s hard to see it all coming back — especially with the season-ending injury to OG Anunoby.

For as talented as the Hoosiers are and for as well as they can score, their defense — now outside the KenPom top 100 — as well as their turnovers (295th worst in country) are proving too much to overcome.

Late January’s cold reality: The Hoosiers are middling at .500 in the Big Ten and are no longer a lock for the NCAA Tournament. A bout with an on-the-rise Northwestern squad — a team on the verge of its first ever NCAA Tournament appearance — awaits Sunday.

It’s gut check time for the Hoosiers. And it’s anyone’s guess at this point how the season plays out.