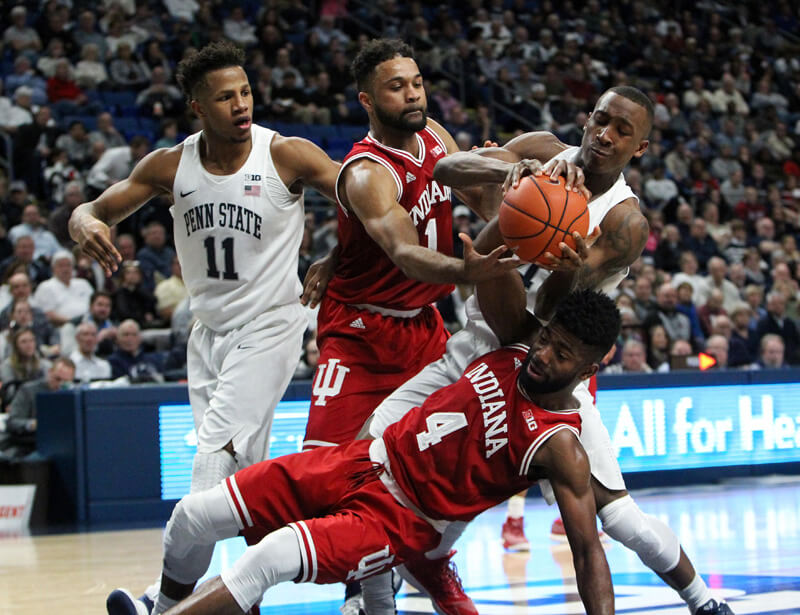 Quick thoughts on a 78-75 win over the Nittany Lions:

How it happened: This one didn’t come easy for Indiana. The Hoosiers had to overcome a knee injury to OG Anunoby late in the first half. And with 4.6 seconds to go, it appeared that Indiana was headed for overtime after blowing a 14-point lead with under 10 minutes to go. But the Hoosiers weren’t going to be denied. On the game’s final possession, James Blackmon Jr. took the ball the length of the floor and nailed a 3-pointer at the buzzer to lift the Hoosiers to their 13th win of the season. Indiana is now back to .500 in conference play at 3-3.

Statistic that stands out: Indiana scored 1.09 points per possession against Penn State, which was giving up just .90 points per trip coming in. The effective field goal percentage for Indiana was 56.6. Coming into Wednesday, Big Ten opponents were shooting just 44.2 percent against the Nittany Lions.