In Indiana’s win over Rutgers on Sunday afternoon, the Hoosiers racked up a season-high 14 steals.

While they came in a variety of ways, there was a consistent theme of jumping Rutgers’ wing handoffs with strength to steal the ball.

We’ll take a look at how Indiana was playing these handoffs — as well as another steal from Devonte Green — in the latest edition of Film Session:

In the first half after Indiana had erased Rutgers’ lead, a handoff is coming on the right wing. OG Anunoby starts to pursue: 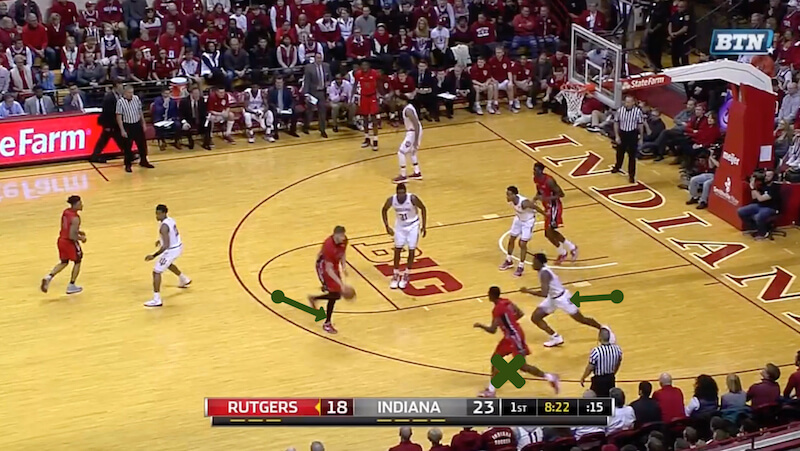 On the delivery, Anunoby punches through to knock the ball loose: 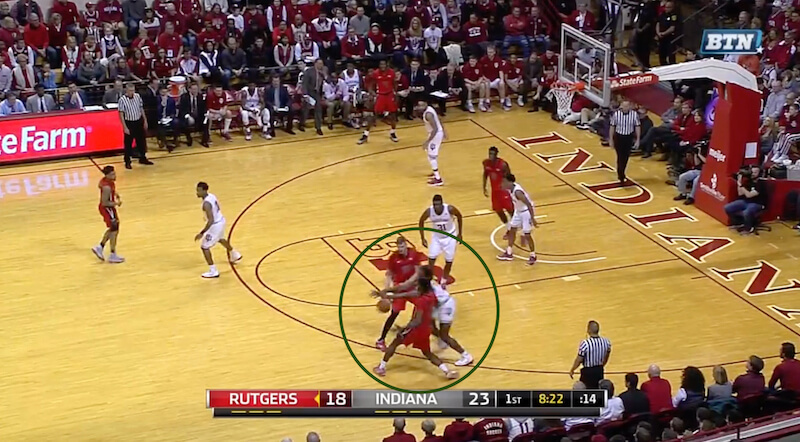 He’s off to the races: 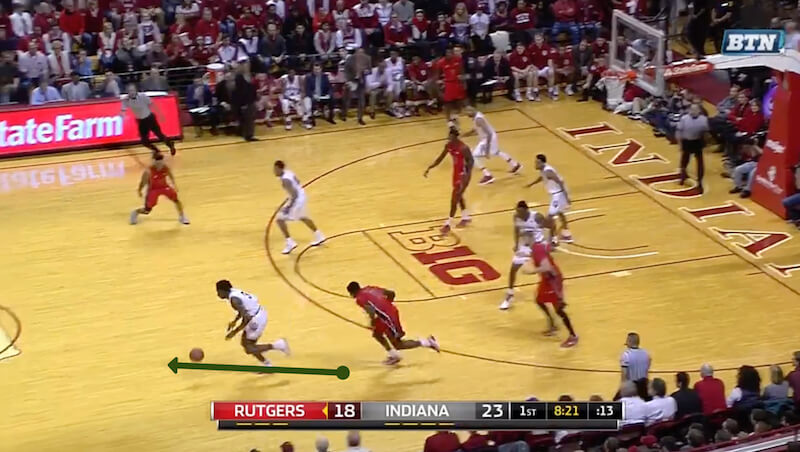 And dunks it home as he’s fouled: 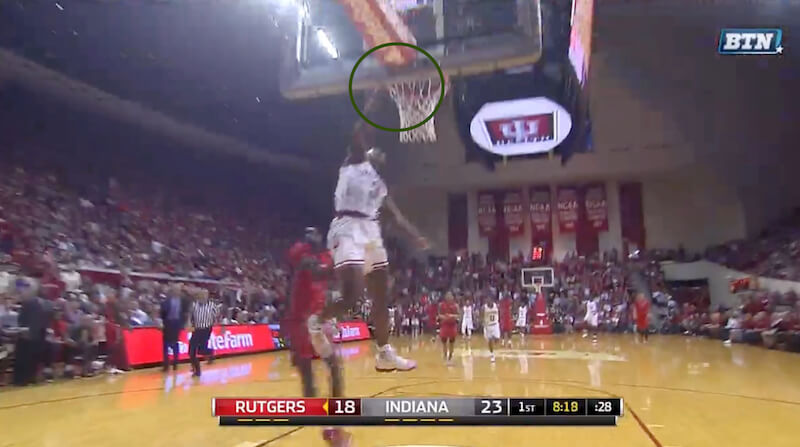