In Indiana’s New Year’s Eve loss to Louisville, the Hoosiers again struggled with turnovers — particularly in the first half when they racked up 11 of them.

“Our turnovers at the beginning of the game were ridiculous,” Tom Crean said after the game. “I mean, they weren’t even forced.”

While that was true of a few of them, Indiana’s decision making — as well as Louisville’s length — doomed them on a number of others. We’ll take a look at six such turnovers in the latest edition of Film Session: 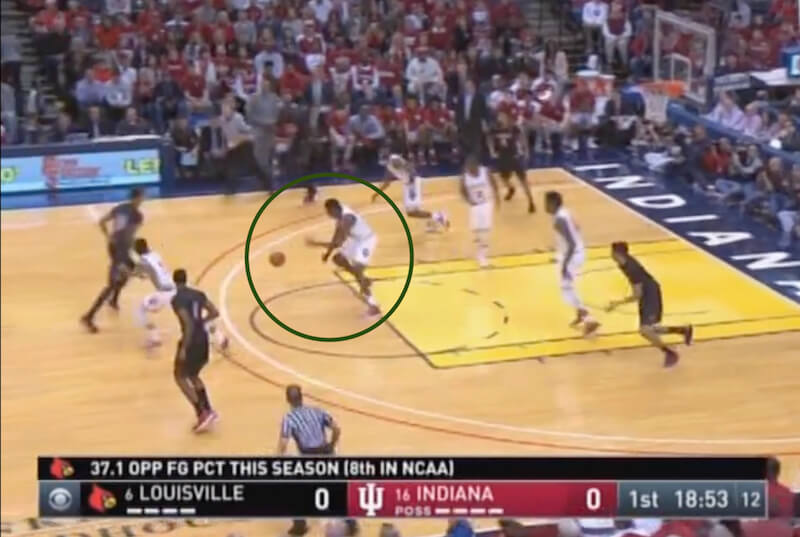 Bryant comes down the court with it: 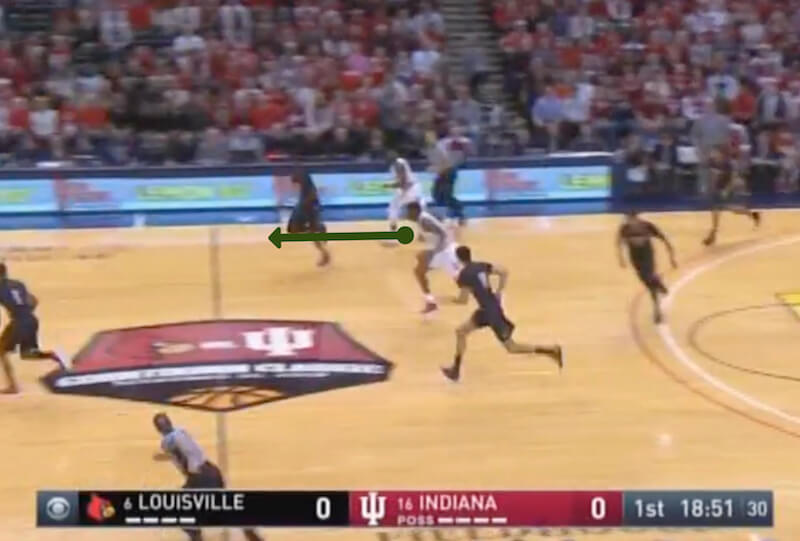 He passes ahead to James Blackmon Jr.: 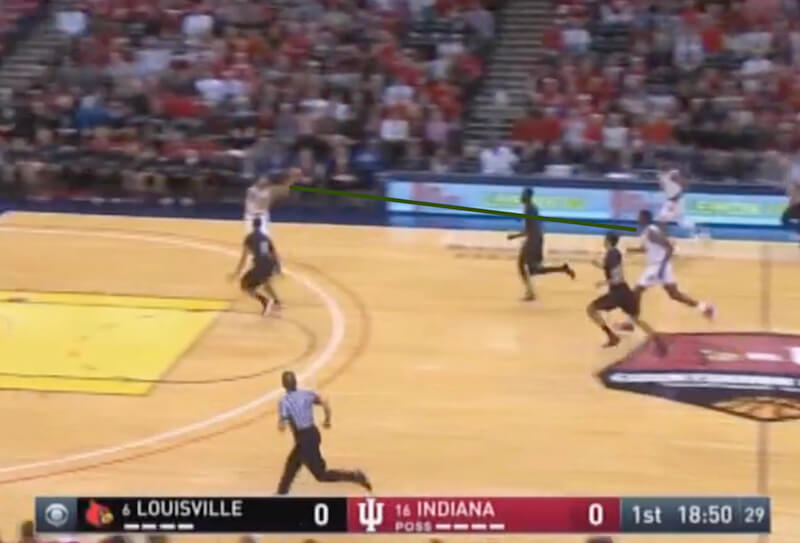 Blackmon Jr. goes up for the shot against V.J. King: 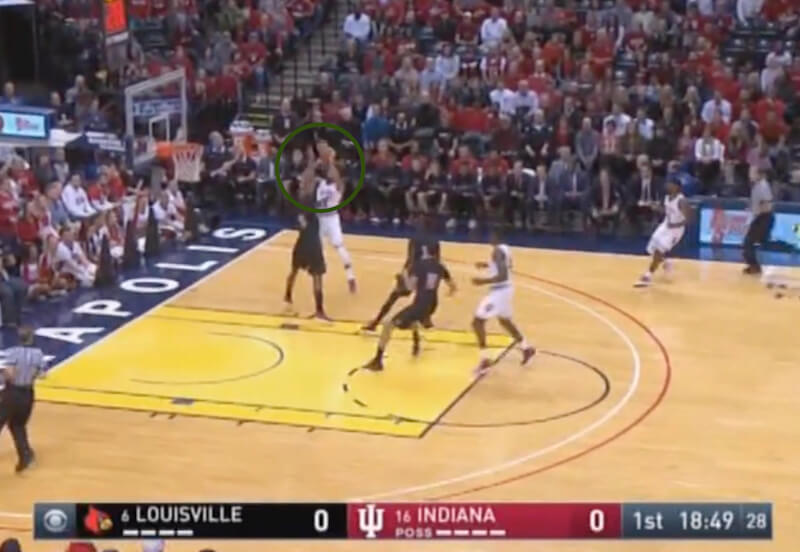 But perhaps worried about his length, Blackmon Jr. makes the last second decision to turn around and pass to Robert Johnson: 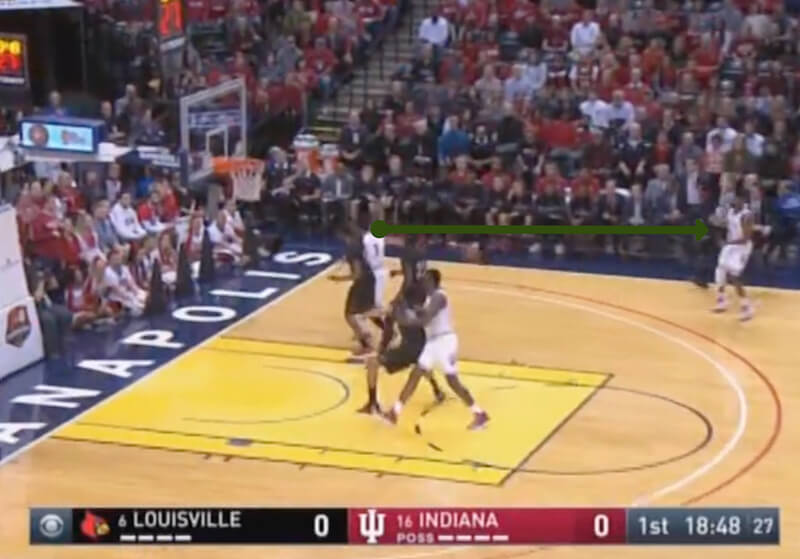 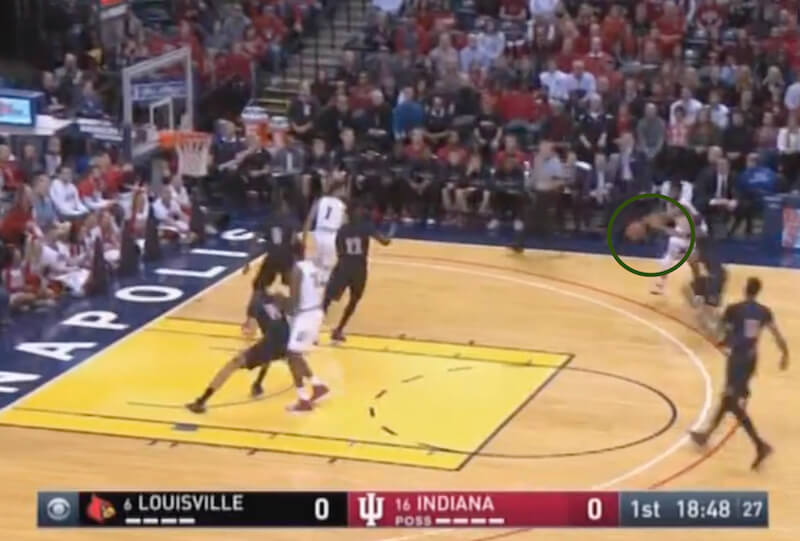 On the other end, Snider gets a ball screen from Anas Mahmoud: 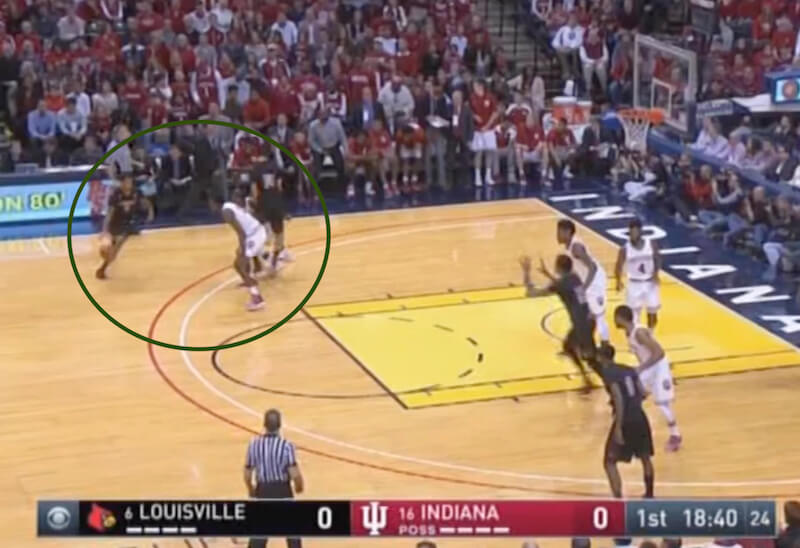 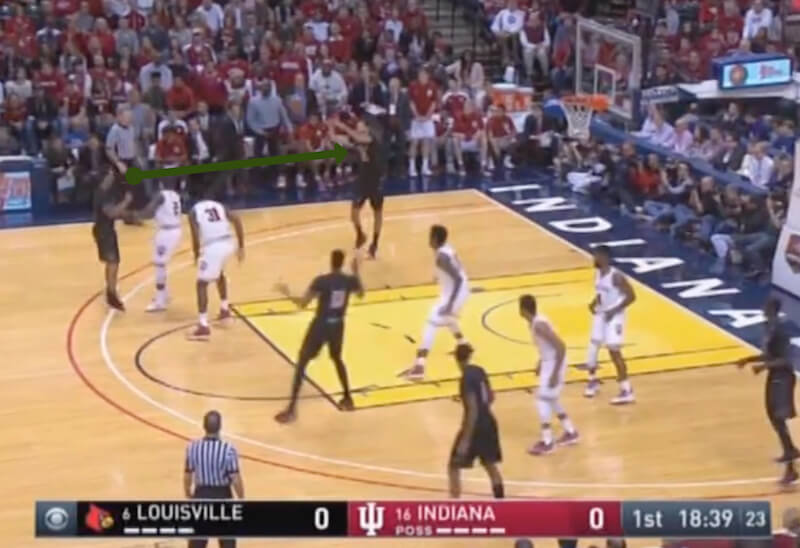 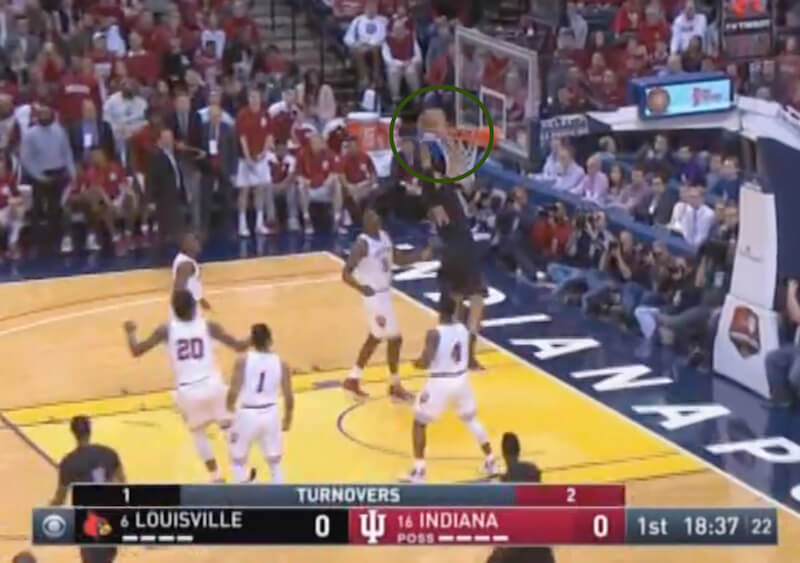 Rough sequence for the Hoosiers here, started off by Blackmon Jr.’s poor decision to pass.