Indiana’s offense put on a clinic against Houston Baptist on Saturday evening, posting a season-high 1.37 points per possession.

When the Hoosiers weren’t getting buckets on the fast or secondary break, they were surveying the half court defense and making smart reads to find the open man. When the defense keyed on Thomas Bryant, he didn’t force his own offense. He made them pay by finding his teammates.

We’ll talk a look at four such plays of Indiana’s high-level passing in the latest edition of Film Session:

Devonte Green enters the ball to Thomas Bryant at the top of the key: 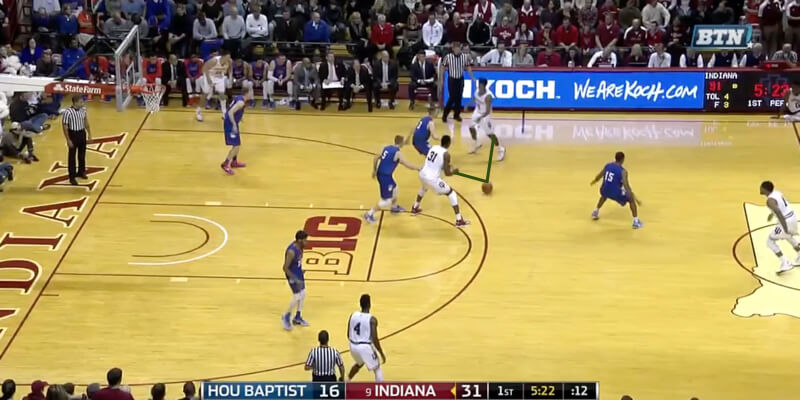 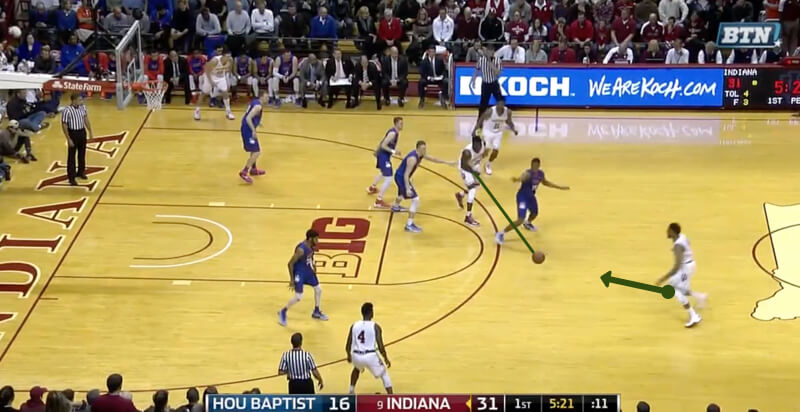 Blackmon Jr. has some space to loft up a floater, but opts to pass to an open Zach McRoberts as the defense collapses: 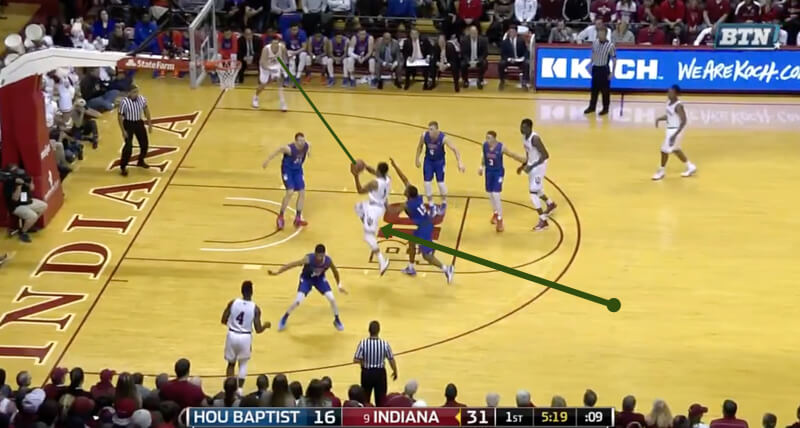 McRoberts has plenty of room to rise and fire, but opts for the extra-extra pass to Green: 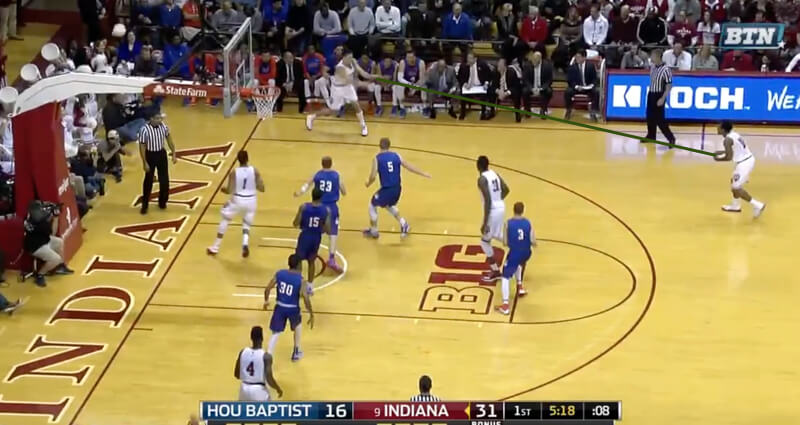 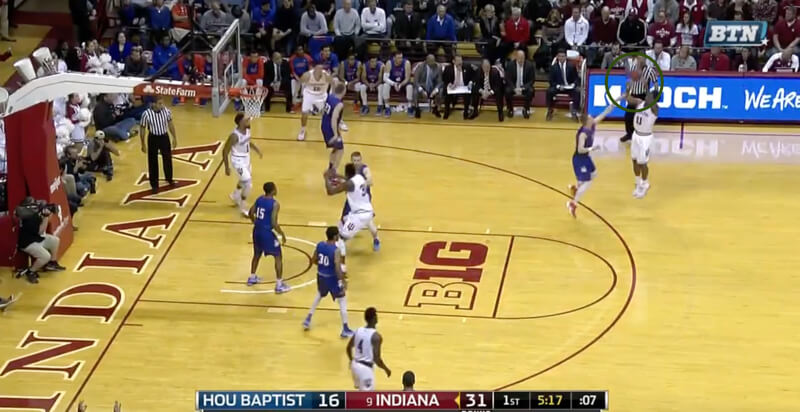