While Indiana’s offense is often predicated off quick scores on the secondary break, this weekend’s slate of games in Bloomington showed the Hoosiers are beginning to expand their offensive repertoire in the half court.

We’ll take a look at some set plays from Indiana’s win over SIU Edwardsville in the latest edition of Film Session:

Devonte Green calls out the play as Robert Johnson instructs De’Ron Davis to head to the unoccupied right corner: 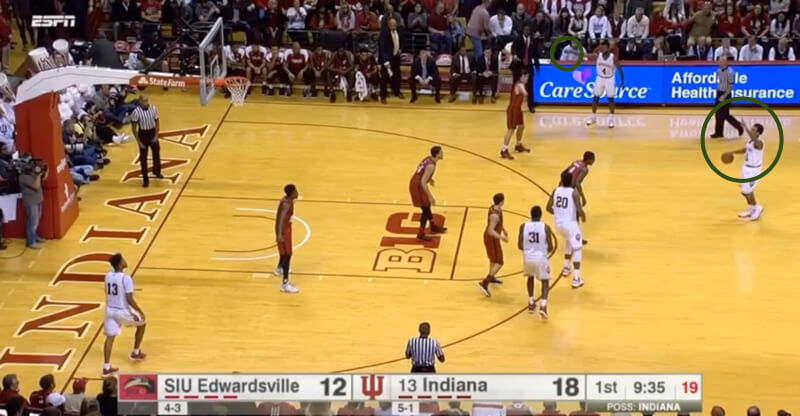 Davis makes a move first to the right block: 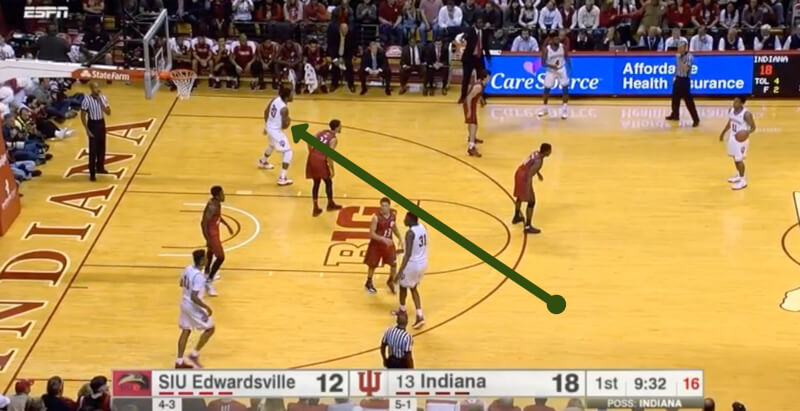 And as the ball swings to Johnson on the right wing, Davis moves to the corner: 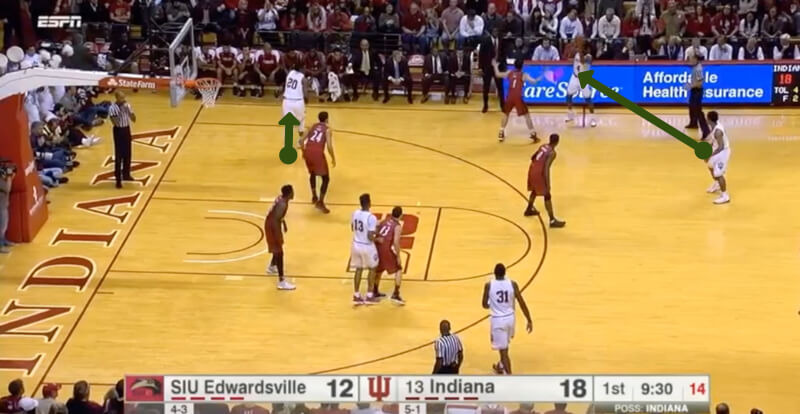 Davis gets the pass in the corner from Johnson. Johnson cuts through to the paint: 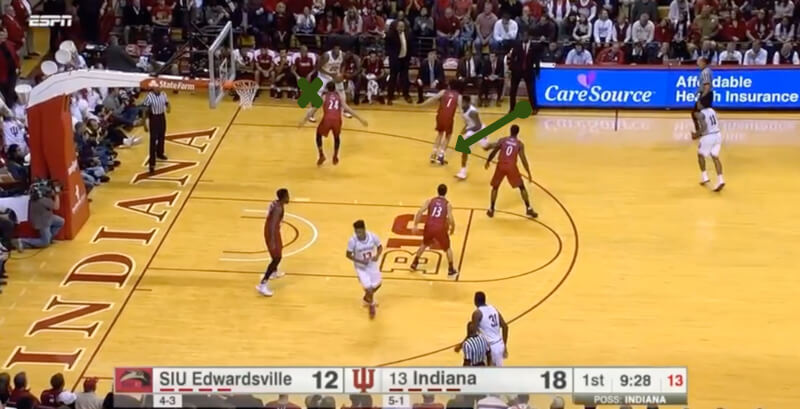 Davis makes the pass back up top to Green. Him and Johnson begin to head each other’s way: 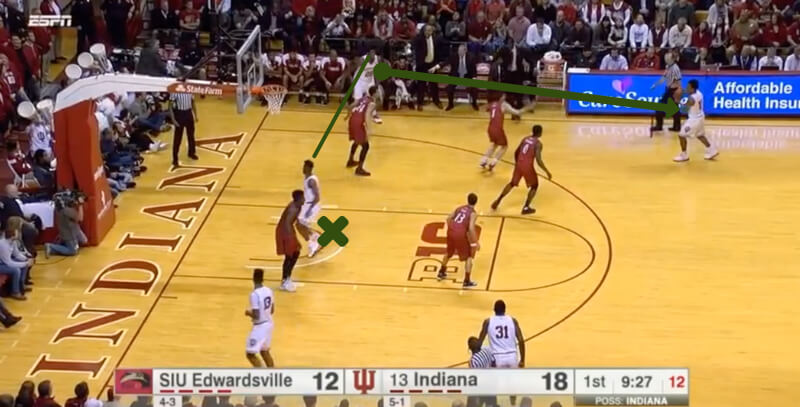 Davis sets a screen for Johnson, who goes into the corner: 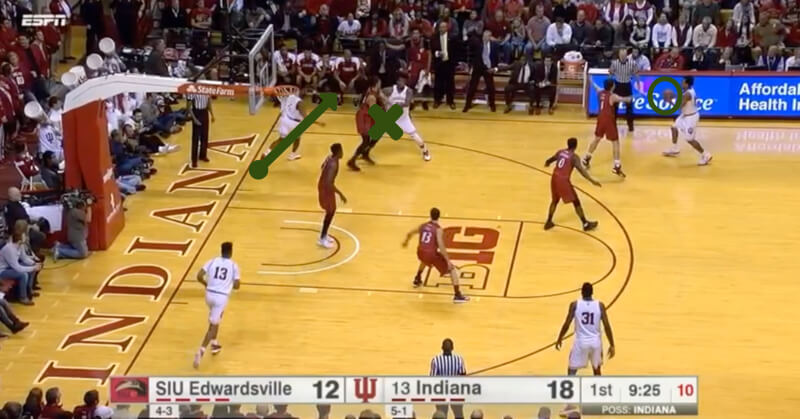 Green zips the pass into Davis and the Cougars swarms. The defense has already been shying off Thomas Bryant this whole possession, and now they really are. Bryant is wide open on the left wing: 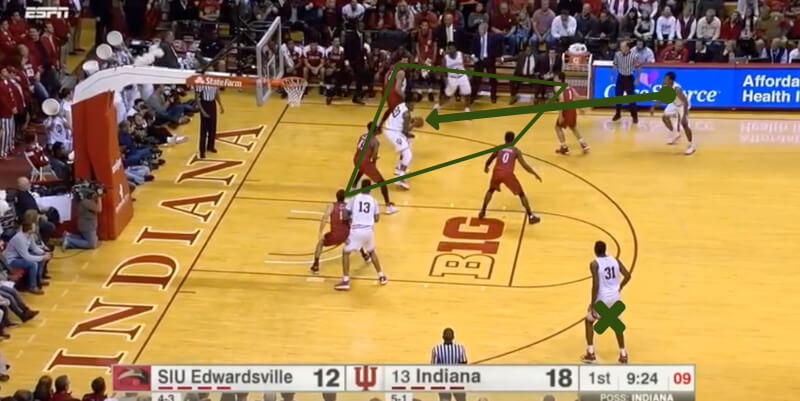 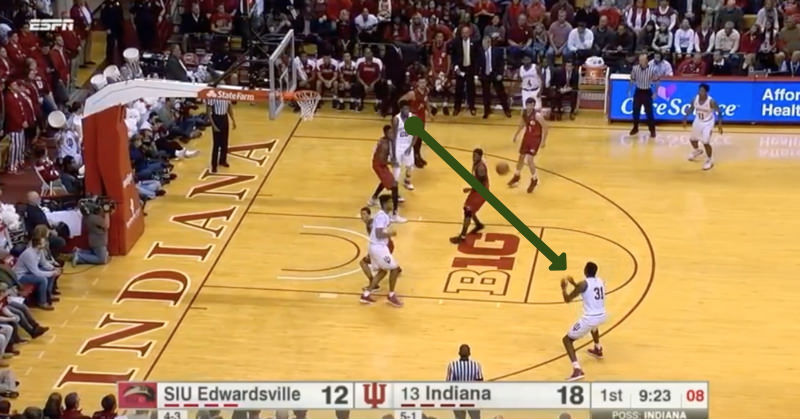 And Bryant bangs home the triple: 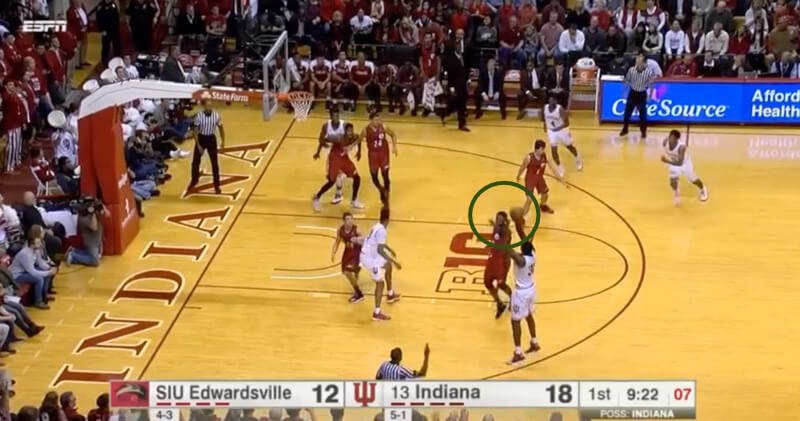 After Sunday night’s contest against Southeast Missouri State, Tom Crean had this to say about Davis passing out of the post: “It’s something we know we’re going to need. We don’t do it a lot in practice just yet. We’ll have more time to do it this week.”