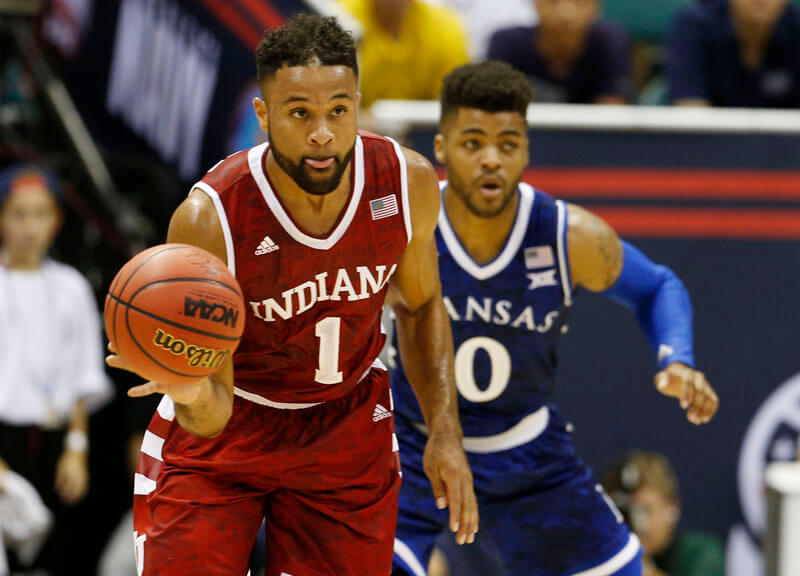 Quick thoughts on Indiana’s 103-99 overtime win over Kansas in the Armed Forces Classic:

How it happened: For early November standards, it’s hard to ask for a better game than what just took place in the Stan Sheriff Center in Honolulu. For 45 minutes, two of the nation’s top 11 programs in the preseason went back and forth with big play after big play. And when Indiana failed to close things out in regulation with some costly mistakes down the stretch, it appeared the Jayhawks had the momentum and would seize control in the overtime. But the Hoosiers had just enough in the extra five minutes to emerge victorious. Freshmen made big free throws, James Blackmon Jr. knocked down some difficult shots and Indiana picked up a win that will be on its NCAA tournament resume come March.

Standout performance: Blackmon Jr. was terrific in the game’s final 25 minutes as he scored 22 of his team-high 26 points after halftime. He finished 8-of-17 from the field and also had six rebounds and two assists in 39 minutes.

Statistic(s) that stands out: Against what is likely to be one of the nation’s best defenses, Indiana scored 1.17 points per possession and posted a 54.2 effective field goal percentage. A big reason for that? The Hoosiers knocked down 15 of their 31 attempts from behind the 3-point line.