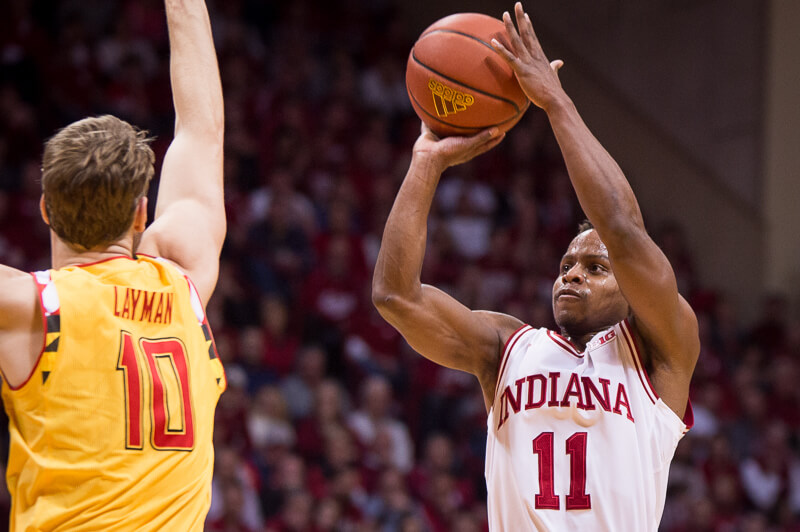 ESPN college basketball and NBA draft analyst Jay Bilas was available Tuesday afternoon to discuss Thursday’s NBA draft at the Barclays Center. Bilas will be a part of ESPN’s draft coverage along with Rece Davis, Jalen Rose and Mike Wilbon.

Here’s what Bilas had to say about the draft prospects of both Yogi Ferrell and Troy Williams:

“I think Troy Williams is probably going to be at or around the end of the second round. I do think he’s a draftable player because of his athleticism, his ability to run the floor and his ability to finish plays in transition. And I think he can be a good defender because he kind of fits the suit there. He’s got size, he’s not crazy long, but he’s a high-flyer. He’s explosive, he plays with a lot of energy. More of a driver than anything, but really did a good job in transition. Can hit some perimeter shots, but not quite an NBA range 3-point shooter. I think he should be a better defender with his athleticism, but he’s done a good job. I think his value is in the fact that he brings energy, athleticism and he can finish plays. He’s just got to play with a little more efficiency. Not turn the ball over, take better shots, things like that.”

“Yogi is a smaller guard. He did a very good job, he kept getting better and better, he can shoot it, good leader. Very good job at creating for himself and for others out of pick-and-roll situations. Gets his shot off quickly. He can shoot it off the catch, shoot it off the dribble. Pretty good in isolation. He’s just not got a lot of size. He’s not a superior athlete and he doesn’t have a lot of size. I do not believe he’s going to get drafted. He wasn’t invited to the (draft) combine. I thought he should have been, but he wasn’t and that’s a pretty good indicator that he’s not high enough up on the draft radar. But like I’ve said about other players, he might be better off not getting drafted. Then he can pick where he goes and have a better opportunity to make a team.”